The shooting in Rochester comes as the city's police department has been rocked by the suffocation death of Daniel Prude, a Black man. 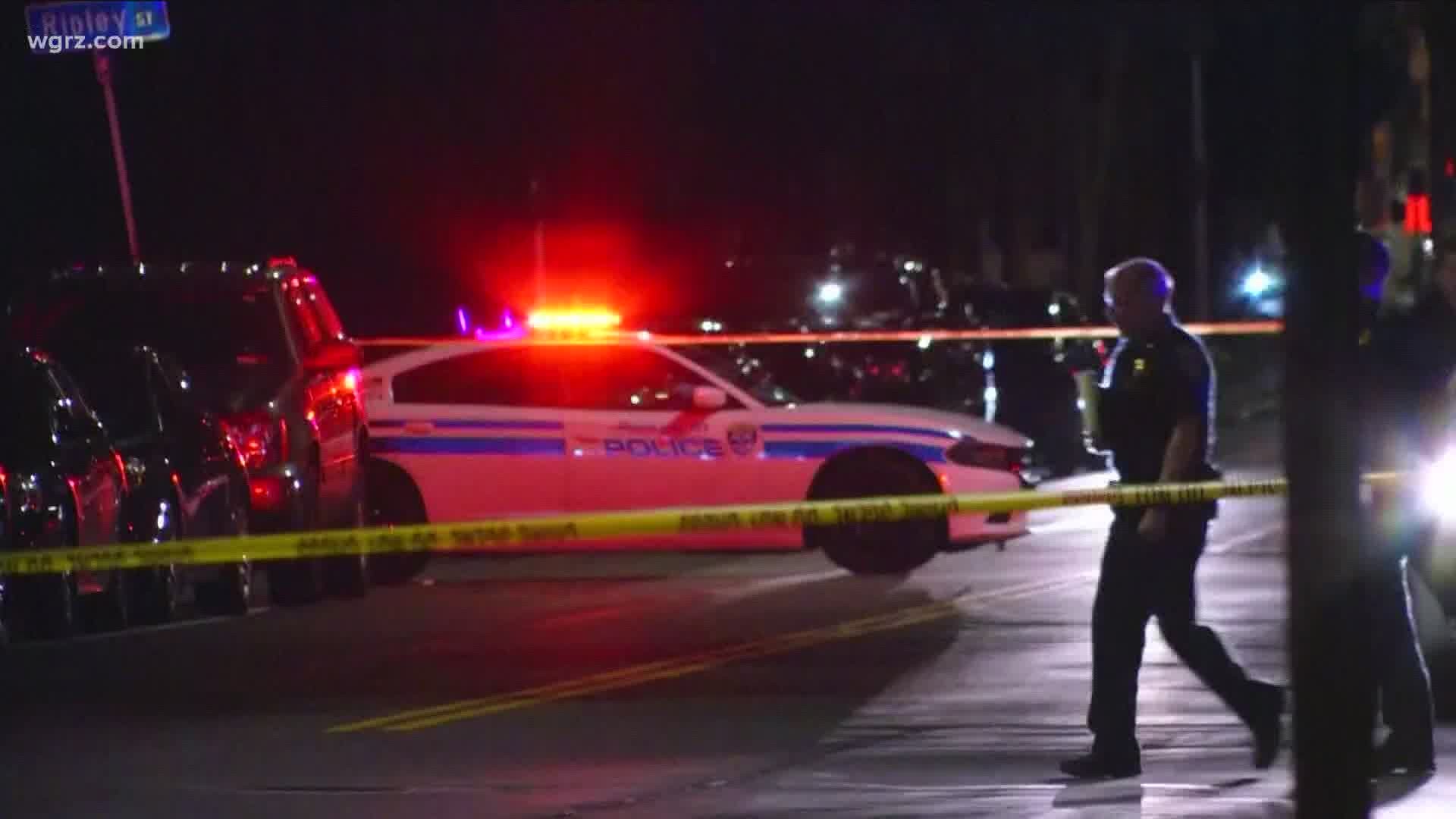 ROCHESTER, New York — Police believe that the two victims who were killed in a shooting early Saturday in Rochester, New York, were not the intended targets.

Rochester police Capt. Frank Umbrino said during a news conference that an argument sparked the shooting at a house party.

Umbrino said investigators believe there were between three and four shooters. Authorities said both victims were 19.

THIS IS A BREAKING NEWS UPDATE. AP’s earlier story follows below:

Already roiled by this month's revelation of Daniel Prude's police suffocation death, the city of Rochester, New York, was further traumatized Saturday when gunfire at a backyard party killed two people and wounded 14 others.

“Our community has been hurting enough already,” Rochester City Council Vice President Willie Lightfoot said. “This is just another thing on top of all the things that we’ve been going through.”

The shooting that started just before 12:30 a.m. has not been linked to Prude's death in March, the details of which first emerged nearly six months later.

But the city's acting police chief, Mark Simmons, placed the violence that claimed the lives of a man and woman — estimated to be in their late teens or early 20s and yet unidentified — in context.

“This is truly a tragedy of epic proportions,” Simmons said in a news conference held near the home. “I mean 16 victims is unheard of, and for our community, who’s right now going through so much, to have to be dealt with this tragedy, needlessly, for people who decide to act in a violent manner is unfortunate and shameful.”

In recent weeks, Rochester has been rocked by daily protests, allegations of a coverup and calls for the mayor's resignation and the arrests of the officers involved in Prude's death. Body camera video released by Prude's family showed Rochester police officers putting a hood over the naked 41-year-old man's head to stop him from spitting, then pushing his face into the pavement and holding him down until he stopped breathing. He was taken off life support around a week later.

Simmons has now found himself at the helm of a police department in disarray after Mayor Lovely Warren fired Police Chief La'Ron Singletary on Monday, saying Singletary had initially misled her about the circumstances of the death. Other senior police officials have announced their retirements or departures from top command positions.

Simmons said police had not been aware of the party and received no complaints about noise before officers responding to class of shots fired found “approximately 100 people” running from the scene early Saturday.

RELATED: 1 dead, 4 others injured after overnight shooting in Buffalo

RELATED: Rochester police chief out in fallout over Prude death

He expressed frustration about the large, late-night party amid both the city's ongoing tumult and the coronavirus pandemic.

“This is yet another tragedy where individuals are having these illegal, unsanctioned house parties taking place in these properties, which — number one — is not safe because of COVID, because of the conditions,” Simmons said. “And then you add in alcohol and violence and it just becomes a recipe for disaster.”

Pastor Marlowe Washington of the Seneca United Methodist Church called Saturday's shooting “senseless” and pleaded for an end to such violence.

“I went out there in the early morning to pray quietly at the scene of the incident and to ask God ‘Why this?’ and ‘What did we do to our children? Why all this!’" Washington told WHAM-TV. "There will be no further interest in our demand for moral justice until we command the same justice from within our own community! And the outrage starts from within the community.”

Counselors from the city's school district were made available at community centers Saturday.

Police were still trying to piece together who opened fire and why. Simmons said it was too early to say whether more than one person was shooting or whom the intended targets may have been, and no one was in custody.

“It sounded like somebody was trying to go to war," neighborhood resident Asa Adams told Spectrum News.

The 14 wounded by gunfire were not believed to have life-threatening injuries. They were all between the ages of 17 and 23, police tweeted Saturday morning.

Two more people were hurt while fleeing, the Major Crimes Unit said in a tweet. Despite the lack of arrests, Simmons said there was no reason to believe the neighborhood was unsafe.

“I’m begging everyone to remain calm and exercise deep restraint as RPD investigates what happened here and seeks those responsible," the mayor said in a statement.

The Rev. Lewis Stewart, president of the United Christian Leadership Ministry, painted a parallel between Saturday's shooting and Prude's death and called for clergy to perform proactive community outreach.

“We should be just as outraged by gun violence caused by residents just as much so as it is caused by police who shoot innocent Black men and women,” Stewart said at a news conference.

Hours after the shooting, the Roc Freedom Riders began their previously planned ride through the city's streets on the block where Prude was restrained. Around 3 miles (5 kilometers) to the east, captured on video, a group gathered for prayer near the shooting site.