Inauguration rehearsal evacuated after fire in nearby homeless camp

Law enforcement officials said there was no threat to the public and the fire was not believed to be a threat to the inauguration. 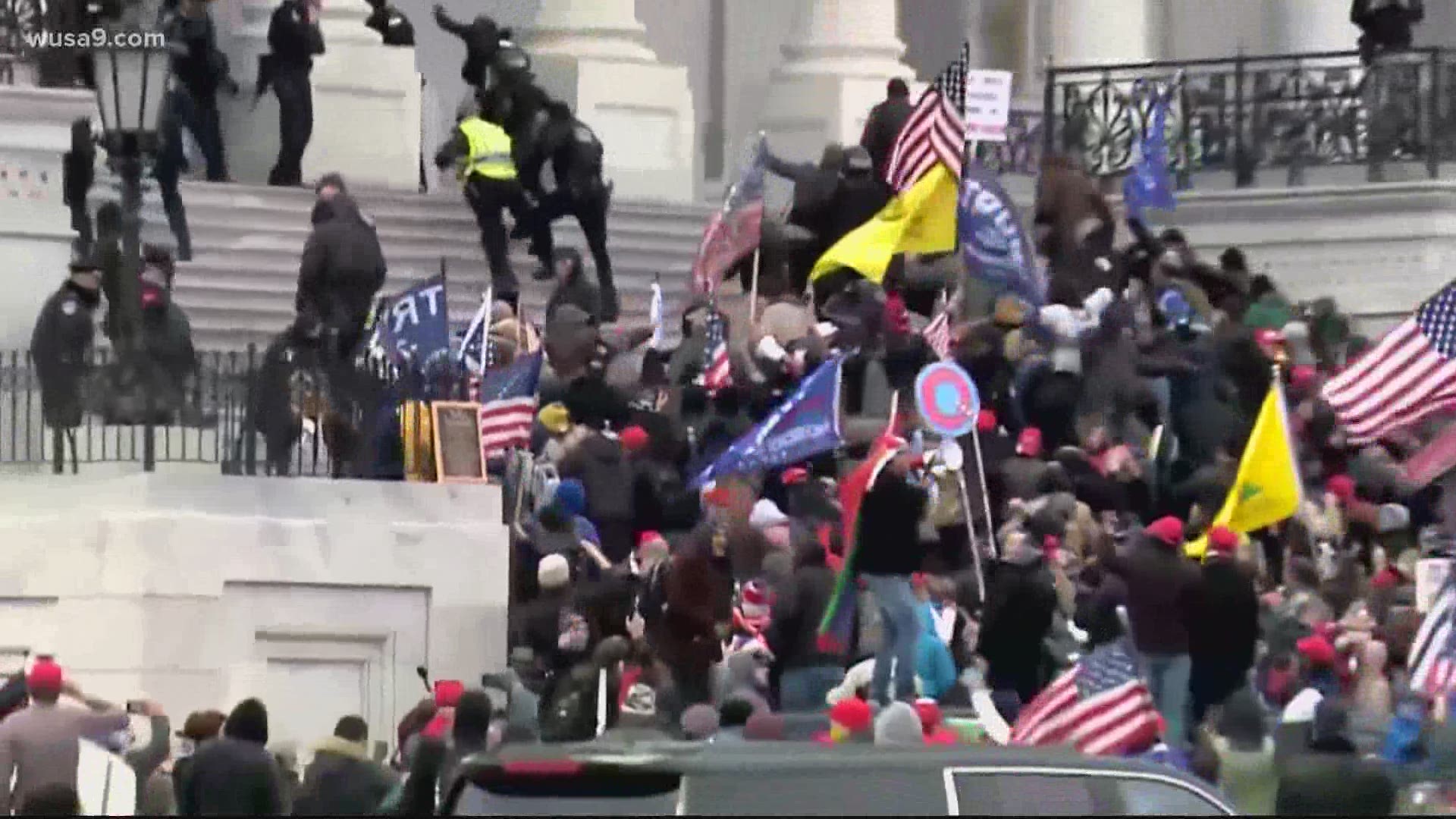 The U.S. Capitol complex temporarily locked down Monday during a rehearsal for President-elect Joe Biden's inauguration after a fire in a homeless encampment about a mile away sent a plume of smoke into the air and caused security concerns.

But law enforcement officials said there was no threat to the public and the fire was not believed to be a threat to the inauguration. The evacuation of some participants and the lockdown were ordered by the acting chief of Capitol Police in an abundance of caution, officials said. District of Columbia firefighters responded and put out the fire.

Firefighters were called to the homeless encampment shortly before 10:15 a.m., where a woman who lived there had a portable heater with a flammable gas tank, fire department spokesman Vito Maggiolo said. The woman, who was injured but declined medical treatment, told firefighters that the flames spread quickly and her possessions were burned. The fire was extinguished almost immediately after firefighters arrived.

The Capitol lifted the temporary lockdown just after 11:30 a.m. ET.

Biden was not participating in the rehearsal, nor were other VIPs who will attend Wednesday's ceremony.

A riot on Jan. 6 at the U.S. Capitol by Trump supporters has prompted anxiety and massive security concerns about the inauguration on Wednesday. Secret Service increased security in and around the Capitol a week early in preparation, and the city center is essentially on lockdown with streets blocked, high fencing installed and tens of thousands of National Guard and other law enforcement officers stationed around the area.

Credit: AP
People evacuate from the West Front of the U.S. Capitol during a rehearsal the 59th Presidential Inauguration at the U.S. Capitol in Washington, Monday, Jan. 18, 2021. (AP Photo/Carolyn Kaster)

Participants were ushered from the West Front of the Capitol. Those who had gathered for a walk-through, including a military band, were directed to head indoors and moved in the direction of a secure location inside the Capitol complex.

People involved in the rehearsal said security officials yelled “this is not a drill.”

The U.S. Secret Service, which is in charge of security for the inauguration, said there was no threat to the public.

It could have something to do with this, minor explosions. Likely a heater malfunction. Not a threat pic.twitter.com/6phmWyRZXt

The U.S. Secret Service responded after the incident saying the small fire had "been extinguished" and that the U.S. Capitol complex was just temporarily shut down "out of an abundance of caution."

Public safety and law enforcement responded to a small fire in the area of 1st and F streets SE, Washington, D.C. that has been extinguished. Out of an abundance of caution the U.S. Capitol complex was temporarily shutdown. There is no threat to the public. pic.twitter.com/kQfAI4NxNK

Washington, D.C., as well as capitals across the country, remain on high alert as the week begins, while the country prepares for the Wednesday inauguration of Joe Biden.