The once-a-decade head count was challenged by the pandemic, natural disasters and attempted political interference by the Trump administration. 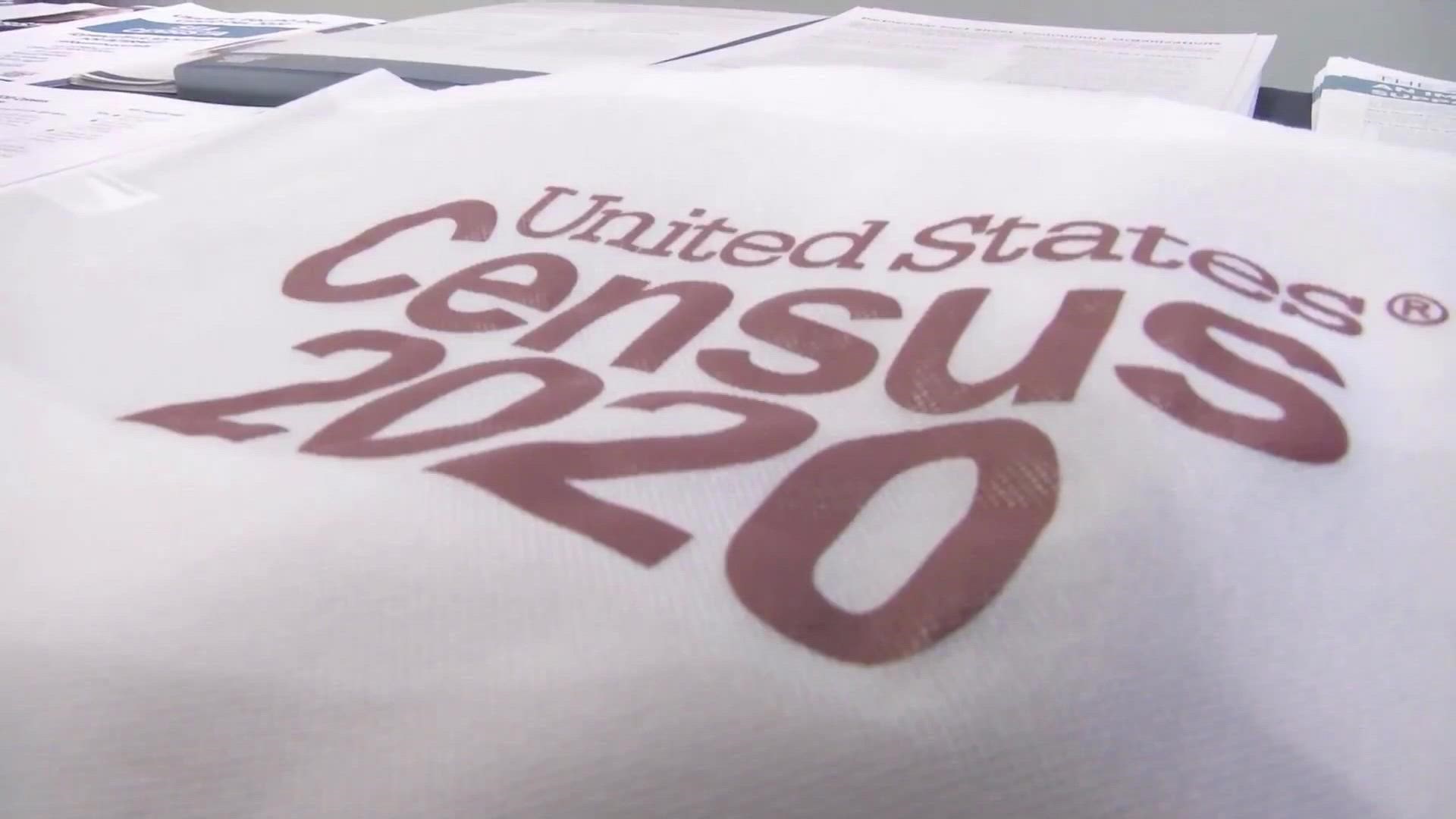 WASHINGTON — Outside experts found no evidence of political interference in the state-by-state population totals from the 2020 census used for divvying up congressional seats, but their limited review didn't include demographic data or places smaller than states, according to a task force report released Tuesday.

The task force was established by the American Statistical Association last year during the most difficult U.S. head count in recent memory due to the pandemic, natural disasters and attempted political interference from the Trump administration, which unsuccessfully tried to add a citizenship question to the census form and attempted to end field operations early.

The Trump administration also named political appointees to the Census Bureau that statisticians and Democratic lawmakers feared would politicize the once-a-decade head count of every U.S. resident and pushed to have the apportionment numbers released before Trump left the White House in January.

The Census Bureau made the correct call by delaying the release of the apportionment data until April so that it could have more time reviewing and crunching the numbers, the report concluded.

“From people we know in the Census Bureau, there was a very good and effective effort not to have political appointees cause trouble,” said Tom Louis, a task force member who is a former chief scientist at the Census Bureau. “They weren’t allowed to get in the way of proper due diligence of the data.”

The task force also encountered no irregularities indicating the 2020 figures were unfit for use in the apportionment of congressional seats or were of lower quality than those in 2010. However, the information given by the Census Bureau for review by the task force was too limited for a thorough assessment on the quality of the data. Due to tight deadlines facing the Census Bureau, the task force only was provided with state-level population counts lacking demographic information on race and Hispanic origin, the report said.

“That is not a thorough assessment,” said Nancy Potok, a former chief statistician of the U.S. who chaired the task force. “We didn’t find any anomalies that were immediate causes of concern that you couldn’t use the data.”

The task force was created last year to examine the quality of the initial data, because of concerns raised by the obstacles the census faced, until a more in-depth study could be conducted. The association's president, Robert Santos, was a task force co-chair until he was nominated by President Joe Biden to be the next Census Bureau director.

As part of the task force's review, the Census Bureau allowed three outside statisticians to look for potential opportunities for errors in the census numbers that were greater in 2020 than they were in 2010. The statisticians assigned a ranking for those potential error risks by each state using 10 measurements.

The statisticians found that the states with the highest potential risks for more errors in 2020 than 2010 were Alaska, New Jersey, Utah, New York and Texas, Montana and New Mexico. The states with the lowest risks were Nebraska, Indiana, Tennessee, Kentucky, Idaho, Delaware, South Dakota and South Carolina.

“These states have very different populations and range from mostly urban to mostly rural ... which indicates that the error risks apply to very diverse populations and not only to either densely or sparsely populated areas of the country," the statisticians wrote.

The statisticians also found out that data were collected using the most accurate methods — either from households filling out the questionnaire on their own or having a household member answer questions from a census taker — in 90% of households in 2020, a decrease from 93% in 2010.

Two other panels of outside experts also are reviewing the quality of census data, and the Census Bureau plans to release its own study of how good a job it did early next year.

One of the panels of outside experts, overseen by The National Academy of Sciences Committee on National Statistics, is expected to provide a much more detailed assessment of the data quality.

That group should also look at why so many people didn't answer questions on the form in 2020, whether there were increases in undercounts of Blacks, Hispanics and children in 2020 and how administrative information like records from the IRS and Social Security Administration were used to fill in gaps about households that didn't answer their census forms, the task force said.