The FDA says it took the rare step of ordering the recall because Triangle Pharmanaturals refused to cooperate with U.S. regulators. 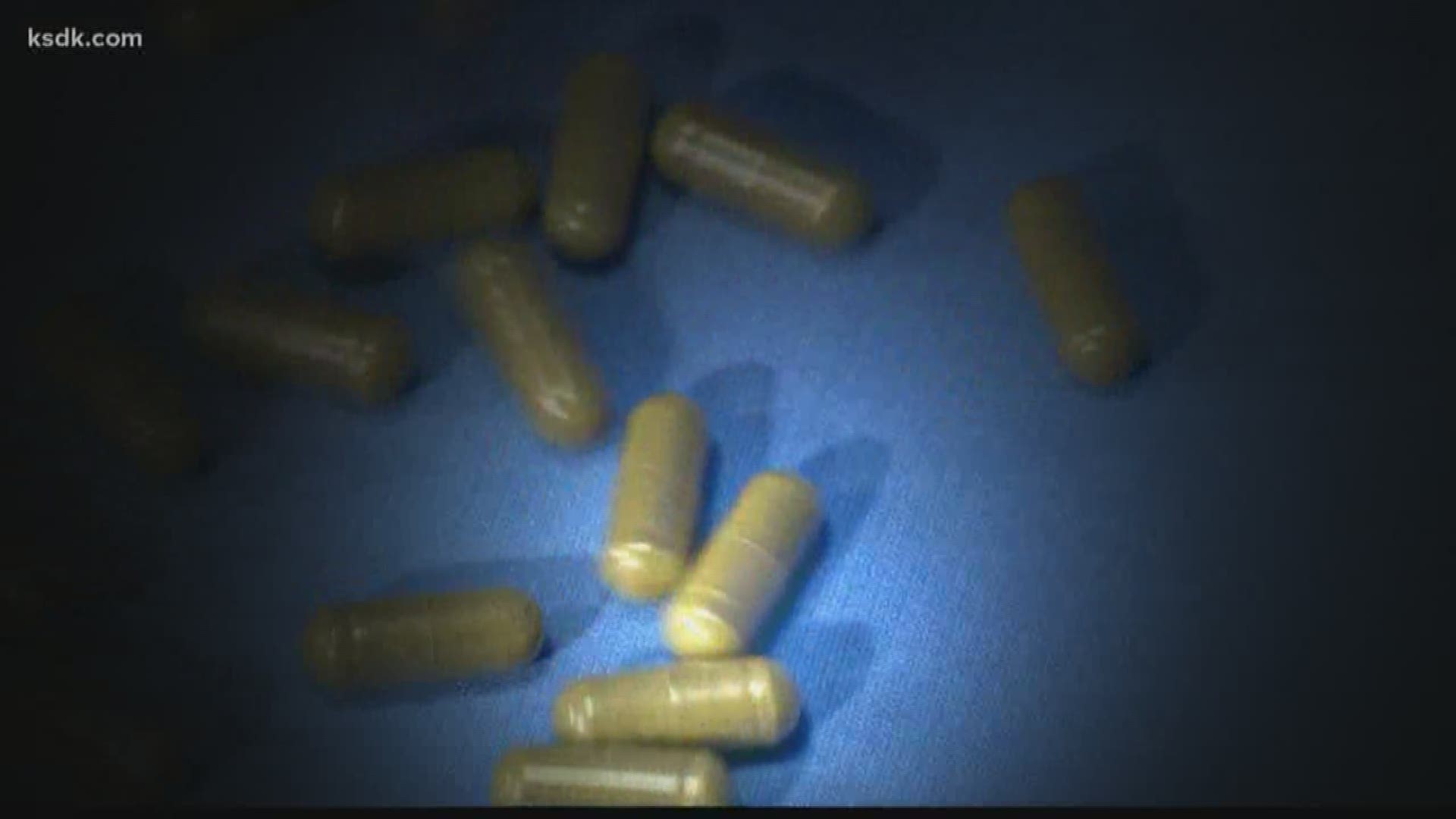 WASHINGTON (AP) — A Las Vegas company was ordered to pull its herbal supplements off the market because some of its products tested positive for salmonella, part of a nationwide outbreak linked to the ingredient kratom.

The Food and Drug Administration said Tuesday that it took the rare step of ordering the recall because Triangle Pharmanaturals refused to cooperate with U.S. regulators. Companies typically comply with government requests and voluntarily recall tainted products.

Calls and an email to the company were not immediately returned Tuesday morning.

"This action is based on the imminent health risk posed by the contamination of this product with salmonella, and the refusal of this company to voluntarily act to protect its customers and issue a recall," said FDA Commissioner Scott Gottlieb in a statement.

Various brands of kratom supplements have been linked to nearly 90 cases of salmonella across 35 states, according to federal figures. Salmonella is a bacterial infection that causes fever, cramps, diarrhea and nausea and can be life-threatening. Nearly 30 cases of the current outbreak have resulted in hospitalization, according to the Centers for Disease Control and Prevention.

Sold in various capsules and powders, kratom has gained popularity in the U.S. as an alternative treatment for pain, anxiety and drug dependence.

But the FDA has been cracking down on the ingredient, which is made from a plant native to Southeast Asia. The agency says that kratom has no approved medical use and chemically resembles an opioid, the class of addictive drugs behind the current nationwide epidemic of drug abuse.

State and federal officials detected salmonella in a half-dozen samples of Triangle's products. But the company refused to allow FDA inspectors to access the company's records or discuss the contamination issue, according to an agency statement.

According to the FDA, two of those tested samples were sold through the retail location Torched Illusions in Tigard, Oregon.

The FDA notified the company on Friday that it had 24 hours to halt distribution and begin its own recall of kratom-containing products, such as Raw Form Organics Maeng Da Kratom Emerald Green. The FDA said it ordered the recall on Monday after the company did not respond.

This week's action marks the first time the FDA has ever formally ordered a food recall. Congress gave the FDA that authority in 2011 after a series of high-profile food outbreaks involving peanut butter, spinach and other grocery staples.