France's finance minister threatened a 'strong European riposte' if the Trump administration follows through on hitting French products with tariffs of up to 100%. 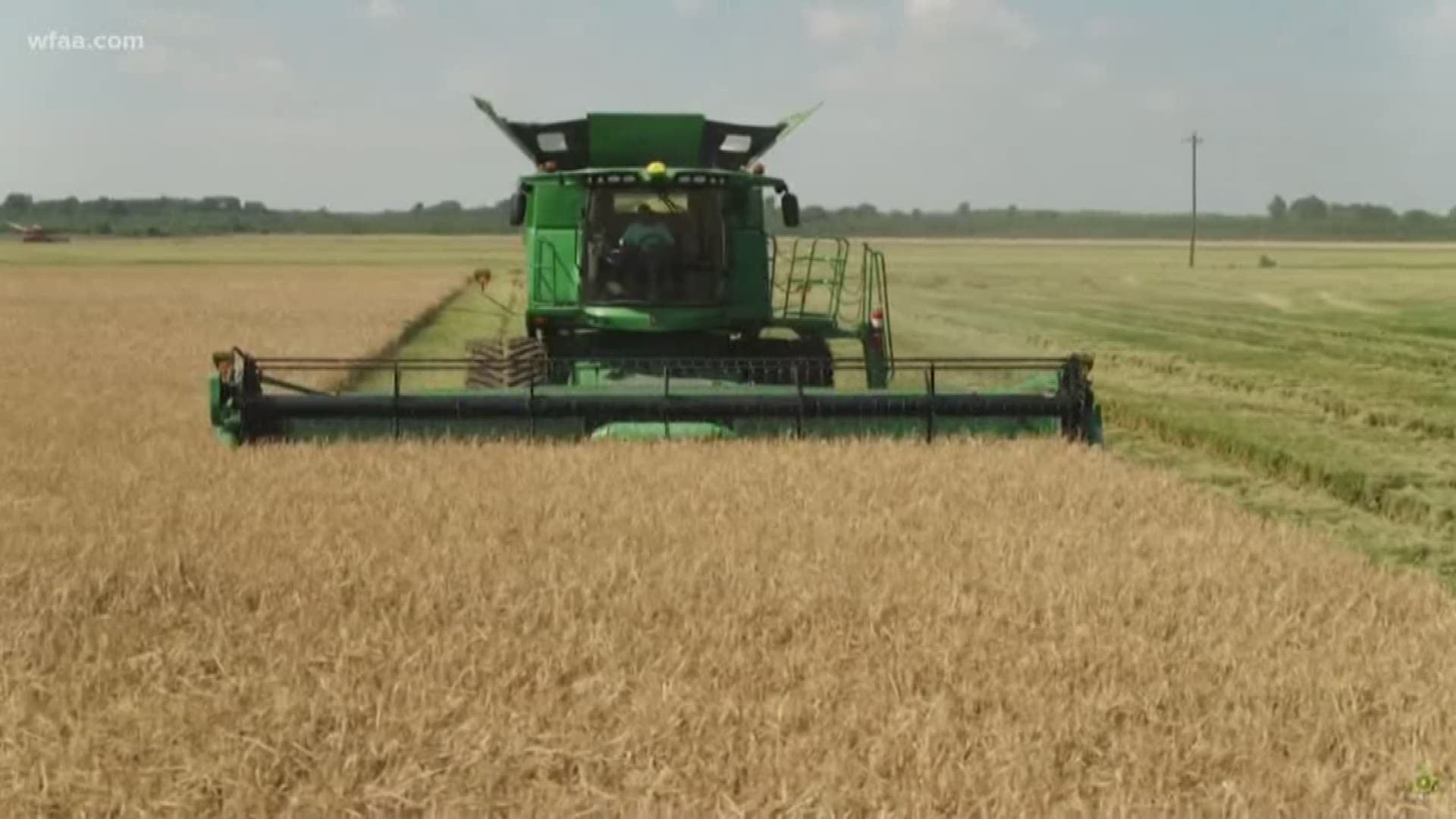 PARIS, France — France is threatening a “strong European riposte” if the Trump administration follows through on a proposal to hit French cheese, Champagne, handbags and other products with tariffs - of up to 100%.

The U.S. Trade Representative proposed the tariffs on $2.4 billion in goods Monday in retaliation for a French tax on global tech giants including Google, Amazon and Facebook.

“I’m not in love with those (tech) companies, but they’re our companies,” Trump said Tuesday ahead of a sure-to-be-tense meeting with French President Emmanuel Macron in London.

The move is likely to increase trade tensions between the U.S. and Europe. Trump said the European Union should “shape up, otherwise things are going to get very tough.”

French Finance Minister Bruno Le Maire said the U.S. tariff threat is “simply unacceptable. ... It’s not the behavior we expect from the United States toward one of its main allies.”

RELATED: Almost 40% of farmers' income in 2019 to come from government insurance and aid

Le Maire said the French tech tax is aimed at “establishing tax justice.” France wants digital companies to pay their fair share of taxes in countries where they make money instead of using tax havens, and is pushing for an international agreement on the issue.

“If (the world) wants solid tax revenue in the 21st century, we have to be able to tax the digital economy,” he said. “This French taxation is not directed at any country, or against any company.”

He also noted that France will reimburse the tax if the U.S. agrees to the international tax plan.

Le Maire said France talked this week with the European Commission about EU-wide retaliatory measures if Washington follows through with the tariffs next month.

EU Commission spokesman Daniel Rosario said the EU will seek “immediate discussions with the U.S. on how to solve this issue amicably.”

The U.S tariffs could double the price American consumers pay for French imports and would come on top of a 25% tax on French wine imposed last month over a separate dispute over subsidies to Airbus and Boeing.

Credit: AP
FILE - In this Jan. 21, 2009, file photo, Bernard Roques, a refiner of Societe company, smells a Roquefort cheese as they mature in a cellar in Roquefort, southwestern France. The Trump administration is proposing tariffs on up to $2.4 billion worth of French imports, from Roquefort cheese to handbags, retaliation for France’s tax on American tech giants like Google, Amazon and Facebook. The Office of the U.S. Trade Representative says France’s new digital services tax discriminates against U.S. companies and says that the tariffs could reach 100%.(AP Photo/Bob Edme, File)

Le Maire disputes that, saying it targets European and Chinese businesses, too. The tax imposes a 3% annual levy on French revenues of any digital company with yearly global sales worth more than 750 million euros ($830 million) and French revenue exceeding 25 million euros.

“What we want is a plan for international tax that is on the table” at the Organization for Economic Cooperation and Development, Le Maire said.

The U.S. investigated the French tax under Section 301 of the Trade Act of 1974 — the same provision the Trump administration used last year to probe China's technology policies, leading to tariffs on more than $360 billion worth of Chinese imports in the biggest trade war since the 1930s.

Aamer Madhani and Zeke Miller in London, Darlene Superville and Paul Wiseman in Washington and Raf Casert in Brussels contributed to this report.