11Alive spoke with a retired police captain who shared his thoughts. 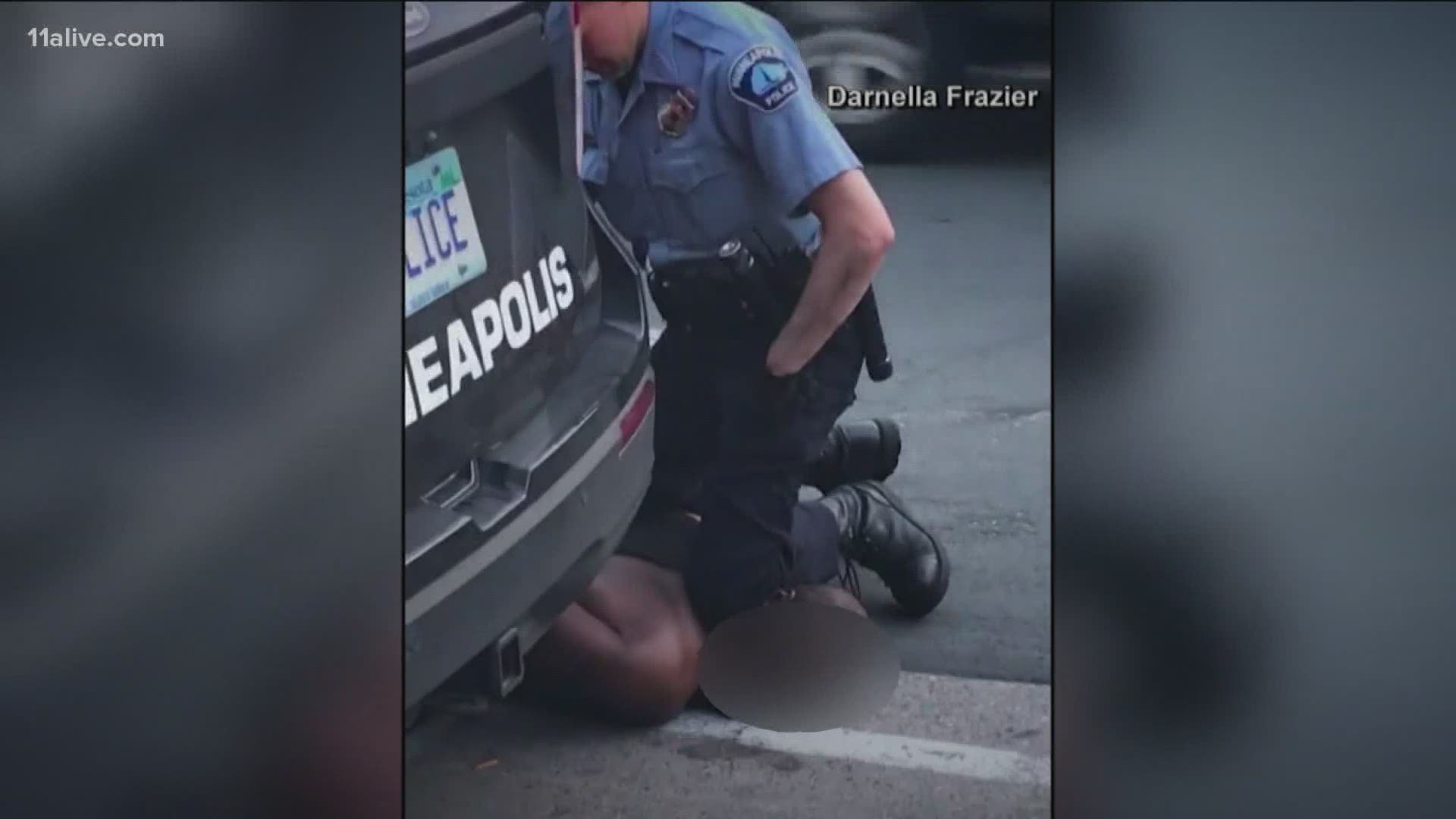 ATLANTA — The death of George Floyd in Minneapolis has sparked mass outrage across the country - even causing frustration for those in the law enforcement community.

11Alive's Ron Jones spoke with a retired police captain who shared his thoughts.

“It's a gut punch," said Johnny Davis, a retired command officer for the Oakland Police Department in California.

During his almost three decades of service, he said trust has always been an issue between the African-American community and law enforcement.

“And then all of a sudden, we've had these rash of unfortunate incidents where black men have died at the hands of police," Davis said.

He said the recent headlines strain that relationship more, and it's being expressed in protests.

Floyd, 46, died after he was stopped by Minneapolis Police. Video shows a white Minneapolis police officer kneeling on Floyd’s neck as he says, “I can’t breathe.” The four officers involved in the death have been terminated.

Since then, protests have erupted in different parts of the country.

“We work hard to earn the trust of community and earn their legitimacy," Davis said. "You can't police a community unless the community believes in your legitimacy. They actually give you the authority to police them.”

Davis said law enforcement officers have to engage with the community.

“Culture is created from the top," Davis added. "So goes the chief so goes the officers.”

"I understand the anger & disgust but burning and looting? What does this accomplish? What am I missing here?? Help me understand..."

"It takes the focus off the real issue and that's what's that about this whole thing rioting and looting is not the answer," one person wrote in a comment.

"Unfortunately, this is what the voices of the voiceless, oppressed and forgotten sounds like," another person said.

11Alive is Where Atlanta Speaks. You can join the conversation by adding your comments to the post above.