Security heightened in capitals across the US, including Atlanta

Capitals across the US are increasing their security leading up to Inauguration Day in the wake of deadly riots at the U.S. Capitol and threats of upcoming protests. 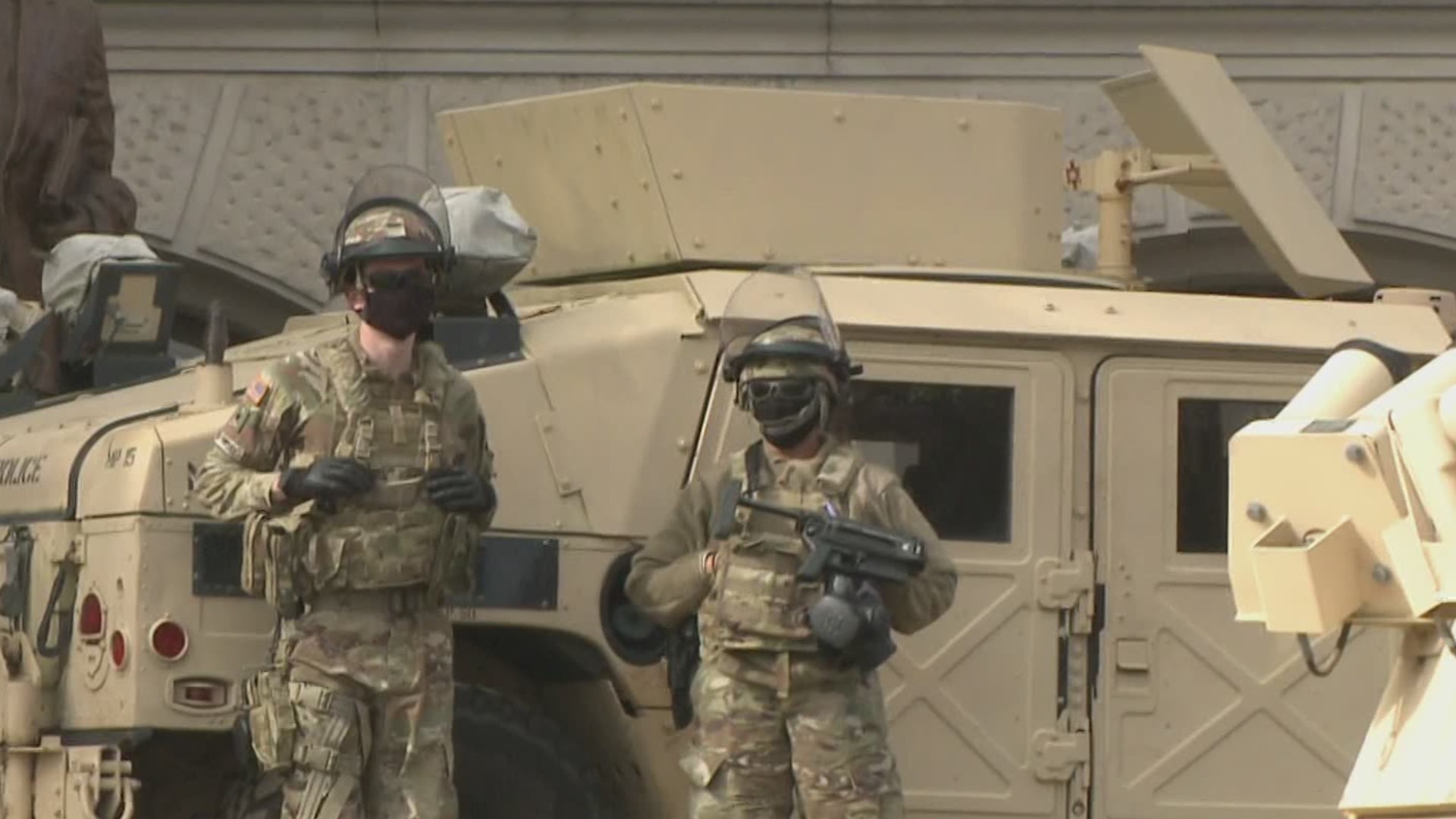 ATLANTA — From fencing to teams of law enforcement agencies, Georgia’s state capitol was under heavy protection Sunday from possible armed protesters that the FBI has warned of between this weekend and the inauguration on Wednesday.

It was a similar scene at most state capitols across the country, from Wisconsin to Minnesota, to Pennsylvania.

However, the core of Washington was essentially shut down.

“Our special agent in charge talked about the general and specific threats that our intelligence apparatus has been collecting both here and across the nation,” said Washington Mayor Muriel Bowser. Several protesters showed up at Ohio’s capitol but left after a few hours.

In downtown Atlanta, there weren’t any groups that gathered - just a few people with a Black Lives Matter flag and two people who walked by carrying guns. The fences, barriers and law enforcement personnel kept those people at a distance and road closures are keeping cars away too.

The Georgia Bureau of Investigation, Georgia State Patrol, and FBI said they didn’t know of any specific threats to the state capitol or government buildings in Georgia but they remained ready if needed.

“We have initiated Operation Home Defense," the sheriff's office said. "Fulton County sheriff’s deputies have an increased presence in the area to ensure that peaceful protestors can gather safely which is within their rights.”

Officials are closing the same Atlanta streets down again on Inauguration Day - Wednesday - from 7 a.m. until 7 p.m.