Glenn Close: 'I feel like everyone's rooting for me'

Close was nominated for an Academy Award for best actress for her role in 'The Wife.' 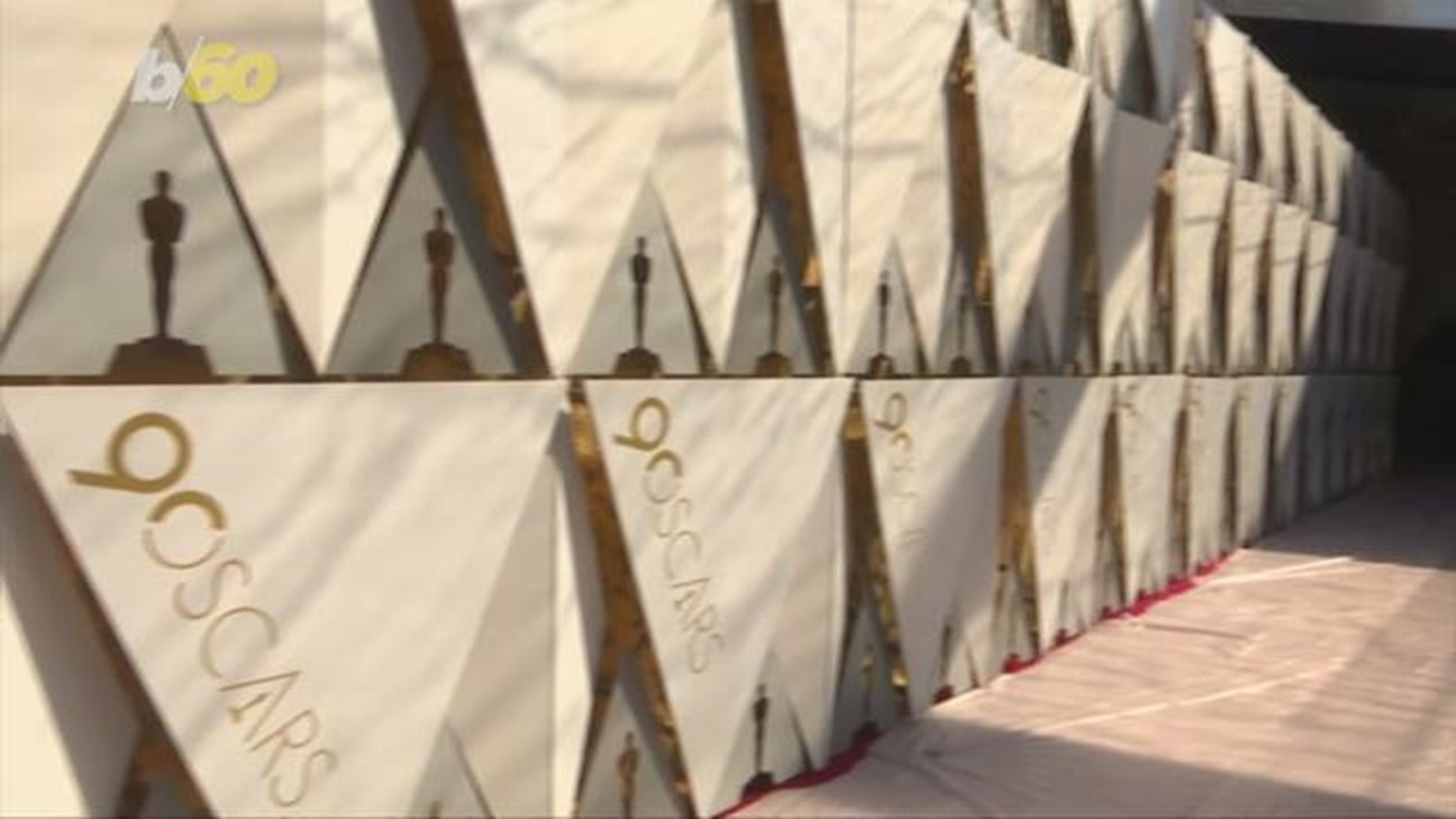 NEW YORK — Glenn Close stands doubled over laughing in the doorway to her downtown Manhattan apartment while her loyal white Havanese, Pip, circles an arriving reporter.

It's star time for both. Close, among the most accomplished performers never to win an Oscar, may finally break through with "The Wife," in which, ironically, she plays a deferential spouse (to an acclaimed author, played by Jonathan Pryce) who has been long overlooked. The never-nominated Pip has developed his own following, thanks in part to an appearance on "The View." The dog's Instagram account, under the name "Sir Pippin of Beanfield," is up to 3,400 followers.

Inside, Close hands the reporter a bottle of red wine to open as she recounts how hours earlier, while walking Pip in a park, a lady stopped her to relate her own story of being held back in her profession by a man. These are the kinds of stories Close has heard a lot since "The Wife" came out and since she gave a show-stopping acceptance speech at the Golden Globes where she spoke movingly about how her mother sublimated herself to Close's father, a prominent surgeon.

"Another woman crossing the street was like, 'I love you, Glenn!'" says Close. "People down in the pharmacy, they're all cheering me on."

Seemingly everyone knows that Close, 71, has emerged as the best actress front-runner after early buzz favored Lady Gaga for "A Star is Born." ''The Wife" may be a modest independent film ($9 million at the box office, and still playing six months after opening), but the moment feels finely tailored to Close, the most-nominated living actor never to win an Oscar.

What would an Academy Award mean to her? She pauses.

"It would mean a lot but I wouldn't want it to be a pity Oscar because I've been an actress for 45 years," says Close, whose previous honors include three Tony awards, three Emmys and three Globes. "People have been going back and looking at my basic body of work and the six times I lost and what those roles were. So I can't pretend it's just for 'The Wife.' But I feel like everybody's rooting for me."

But that's not to say Close will be crestfallen if she doesn't win. She smiles. "I've decided if I lose, I'm going to look at the camera and say: 'I'm OK.'"

And she is. Much more than OK, even. Making "The Wife" has been its own cathartic, empowering experience for Close.

That's a startling pronouncement for an actress who has for decades been one of the most versatile and subtle actors of film, television and theater. A late bloomer, she didn't act in her first film until age 35. But since, Close has unfailingly embodied intelligence and depth in everything from her early breakthroughs in "The World According to Garp" and "The Big Chill" to "Sunset Boulevard" (twice on stage, decades apart; she hopes to make a film of the musical this year); from her ruthless attorney on "Damages" to her infamous Alex Forrest in "Fatal Attraction."

"Nobody thought I could be sexy," Close says of the time before 1987's "Fatal Attraction," a film she'd like to see remade from the woman's perspective rather than the sympathetic point-of-view of Michael Douglas' cheating husband. "In making the movie a hit, I basically had to betray what I thought was the essence of that character," says Close.

"The Wife," a feminist parable based on Meg Wolitzer's 2003 novel, came to Close about six years ago, shortly before divorcing her third husband, venture capitalist David Evans Shaw. When it's mentioned to Close that she doesn't seem like someone who would ever sublimate herself to another, she responds, "Oh, you don't know me, personally," and lets out a loud laugh.

"I'm at a time in my life where I'm not beholden to anyone. I mean, I always am attached with every molecule in my body to my daughter, whether she likes it or not. But I'm not attached to any partner," says Close, whose 30-year-old daughter Annie Starke co-stars in "The Wife." ''And I think it's for the first time in my life that I haven't felt the obligation to not be who I am, to put a shade over the light, to temper your power. And it's incredibly liberating."

That "The Wife" features Close and her daughter (who plays a younger version of the same character) gives the film an added, multigenerational layer of meaning. Both Close and Starke together crafted the character with inspiration from the women of their shared family tree. Foremost in Close's mind was her mother, who married at 18.

"It broke my heart to hear her say in her late '80s that she accomplished nothing," says Close, tearing up. "You can say, 'But, oh, you're such a good mother. Oh, you stuck it out with dad.' That wasn't the point. It was something else. That's what I think resonated with a lot women about that (Golden Globes) speech. Because we do what we naturally do. And for a lot of women that might be OK. But it hasn't been in the tradition to seek personal fulfillment for women."

Starke also drew on her paternal grandmother, a GE chemist who she said worked on the Manhattan Project before being fired for becoming pregnant with her father's brother. "I know she always wondered what could have been," said Starke by phone from Los Angeles.

"It was quite a powerful preparation experience," said Starke of working with her mother. "She keeps telling me that she feels like she's at the top of her power. She's getting recognition for something that hit so close to home. Hopefully the seventh time is the charm."

"The Wife" premiered just as the #MeToo movement was being born. It debuted at the Toronto International Film Festival in September 2017. Sony Pictures Classic, which acquired the movie, chose to wait to release it in August, timed to get ahead of the awards season rush.

"One of the reasons it was so fresh and so strong for us was how powerful Glenn was in the sequences where she's not even speaking," said Michael Barker, co-president of Sony Pictures Classic. "It's just her face and her face isn't even the central face in the frame. Even though it was a few months before the MeToo movement really kicked in, it was obvious the theme was very urgent and important."

Close, relaxing on a sofa next to Pip, grants she, like everyone else, thought Gaga was going to win at the Globes. ("I was just kind of going with low expectations, just keep your sanity," she says.) What she'd most like in awards season is the chance to sit with whom she calls her "category sisters" — all the best-actress nominees — at the same table.

All through the season, Close has worn her grandmother's wedding ring, one more reminder of the countless women who, like the protagonist of "The Wife," deferred their own self-expression to serve a husband or a family. "She should have been an actress," Close says, rubbing the ring. "So I feel like they're with me."