The pledge came from the same tennis administrators who threatened disqualification or suspension for Osaka on Sunday if she continued to skip news conferences. 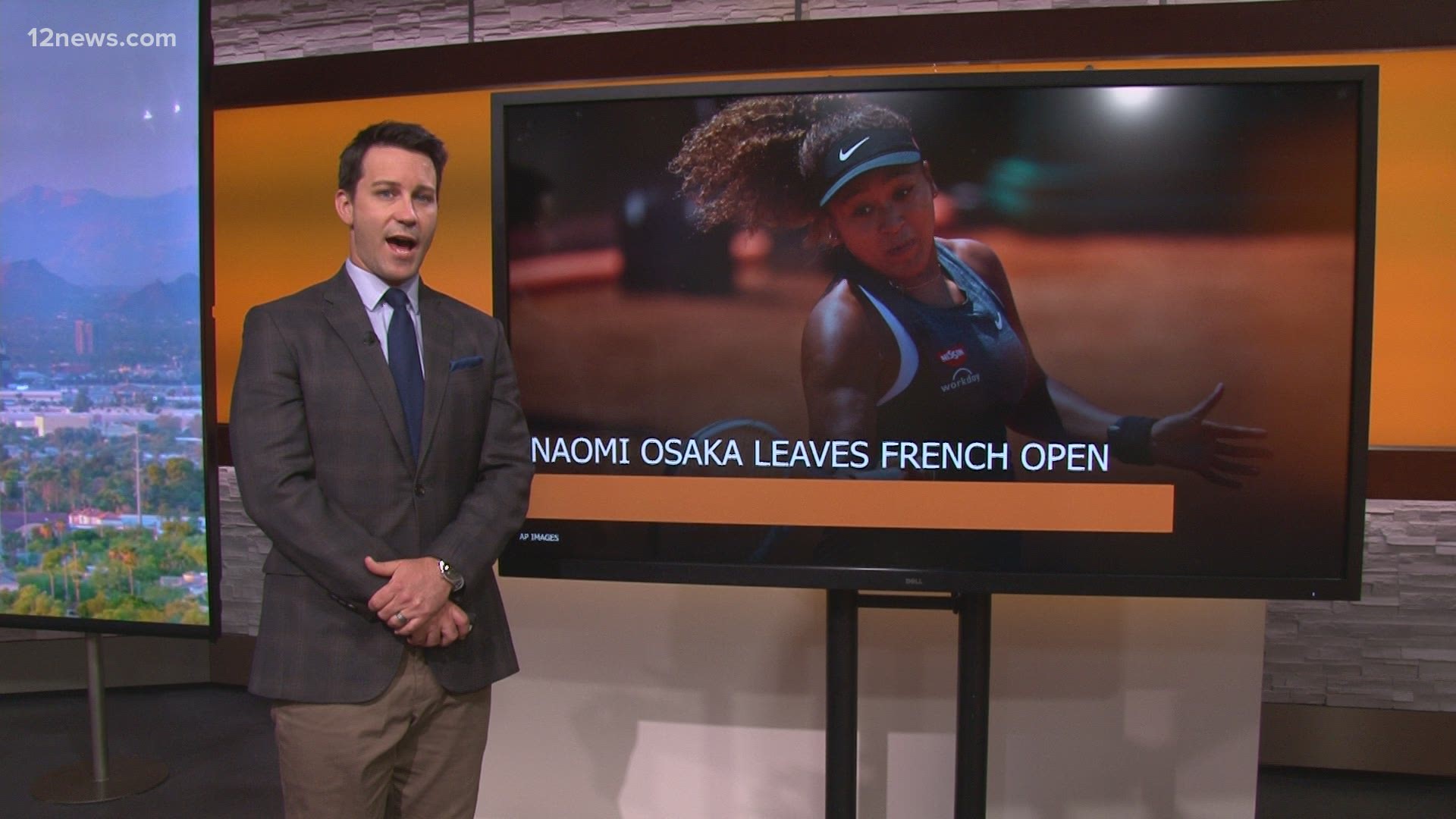 The leaders of the four Grand Slam tournaments reacted Tuesday to tennis star Naomi Osaka's stunning withdrawal from the French Open by promising to address players' concerns about mental health.

The pledge came in a statement signed by the same four tennis administrators who threatened the possibility of disqualification or suspension for Osaka on Sunday if she continued to skip news conferences.

The four-time major champion and No. 2-ranked player was fined $15,000 when she didn't speak to reporters after her first-round victory at Roland Garros on Sunday. The next day, Osaka pulled out of the tournament entirely, saying she experiences “huge waves of anxiety” before meeting with the media and revealing she has “suffered long bouts of depression.”

Osaka, a 23-year-old who was born in Japan and moved with her family to the U.S. at age 3, said she would “take some time away from the court now, but when the time is right I really want to work with the Tour to discuss ways we can make things better for the players, press and fans.”

Tennis players are required to attend news conferences if requested to do so; Grand Slam rules allow for fines up to $20,000 if they don't show up.

“On behalf of the Grand Slams, we wish to offer Naomi Osaka our support and assistance in any way possible as she takes time away from the court. She is an exceptional athlete and we look forward to her return as soon as she deems appropriate,” Tuesday's statement from those in charge of the French Open, Wimbledon, U.S. Open and Australian Open said. “Mental health is a very challenging issue, which deserves our utmost attention. It is both complex and personal, as what affects one individual does not necessarily affect another. We commend Naomi for sharing in her own words the pressures and anxieties she is feeling and we empathize with the unique pressures tennis players may face.”

French tennis federation President Gilles Moretton, All England Club Chairman Ian Hewitt, U.S. Tennis Association President Mike McNulty and Tennis Australia President Jayne Hrdlicka pledged to work with players, the tours and media “to improve the player experience at our tournaments" while making sure the athletes all are on a “fair playing field, regardless of ranking or status.”

In a separate statement issued Tuesday to the AP via email, International Tennis Federation official Heather Bowler the sport will “review what needs to evolve” after Osaka “shone a light on mental health issues.”

"It’s in all our interests to ensure that we continue to provide a respectful and qualitative environment that enables all stakeholders to do their job to their best ability, without impacting their health, and for the good of the sport,” Bowler wrote.

Credit: AP
Japan's Naomi Osaka returns the ball to Romania's Patricia Maria Tig during their first round match of the French open tennis tournament at the Roland Garros stadium Sunday, May 30, 2021 in Paris. (AP Photo/Christophe Ena)

Various tennis players, including Serena Williams, offered support for Osaka and praised her for being forthcoming in her statement on social media Monday.

“It’s hard. Nobody really knows what anyone is going through, no matter how much they choose to show on the outside. I had no idea about her. But I respect her openness,” 20-year-old American pro Ann Li said after winning her first-round match Tuesday at Roland Garros. “Our generation is becoming more open and open, which can be a good thing and also a bad thing sometimes. I hope she’s doing OK.”

Gael Monfils, a 34-year-old from France who also won Tuesday in Paris, said he could relate to Osaka's concerns to an extent.

“It’s a very tough situation for her. I feel for her, because I have been struggling quite a lot as well,” Monfils said. “What she’s dealing is even tough for me to even judge, because I think she has massive pressure from many things. I think she’s quite young. She’s handling it quite well. Sometime we want maybe too much from her ... so sometime, for sure, she is going to do some mistake.”

And then Monfils offered a sentiment surely shared by many around tennis, from tournament and tour officials to athletes to the sport's fans.

“We need Naomi. We need her definitely to be 100%,” Monfils said. “We need her back on the court, back (at) the press conference — and back happy.”

Naomi Osaka tweeted the following statement announcing her withdrawal from the French Open on Monday:

“Hey everyone, this isn't a situation I ever imagined or intended when I posted a few days ago. I think now the best thing for the tournament, the other players and my well-being is that I withdraw so that everyone can get back to focusing on the tennis going on in Paris. I never wanted to be a distraction and I accept that my timing was not ideal and my message could have been clearer. More importantly I would never trivialize mental health or use the term lightly. The truth is that I have suffered long bouts of depression since the US Open in 2018 and I have had a really hard time coping with that. Anyone that knows me knows I'm introverted, and anyone that has seen me at the tournaments will notice that I'm often wearing headphones as that helps dull my social anxiety. Though the tennis press has always been kind to me (and I wanna apologize especially to all the cool journalists who I may have hurt), I am not a natural public speaker and get huge waves of anxiety before I speak to the world's media. I get rally nervous and find it stressful to always try to engage and give you the best answers I can. So here in Paris I was already feeling vulnerable and anxious so I thought it was better to exercise self-care and skip the press conferences. I announced it preemptively because I do feel like the rules are quite outdated in parts and I wanted to highlight that. I wrote privately to the tournament apologizing and saying that I would be more than happy to speak with them after the tournament as the Slams are intense. I'm gonna take some time away from the court now, but when the time is right I really want to work with the Tour to discuss ways we can make things better for the players, press and fans. Anyways hope you are all doing well and staying safe, love you guys I'll see you when i see you (heart emoji)"