Thirty-two African American women are expected to graduate from the military academy – the school’s largest class yet. 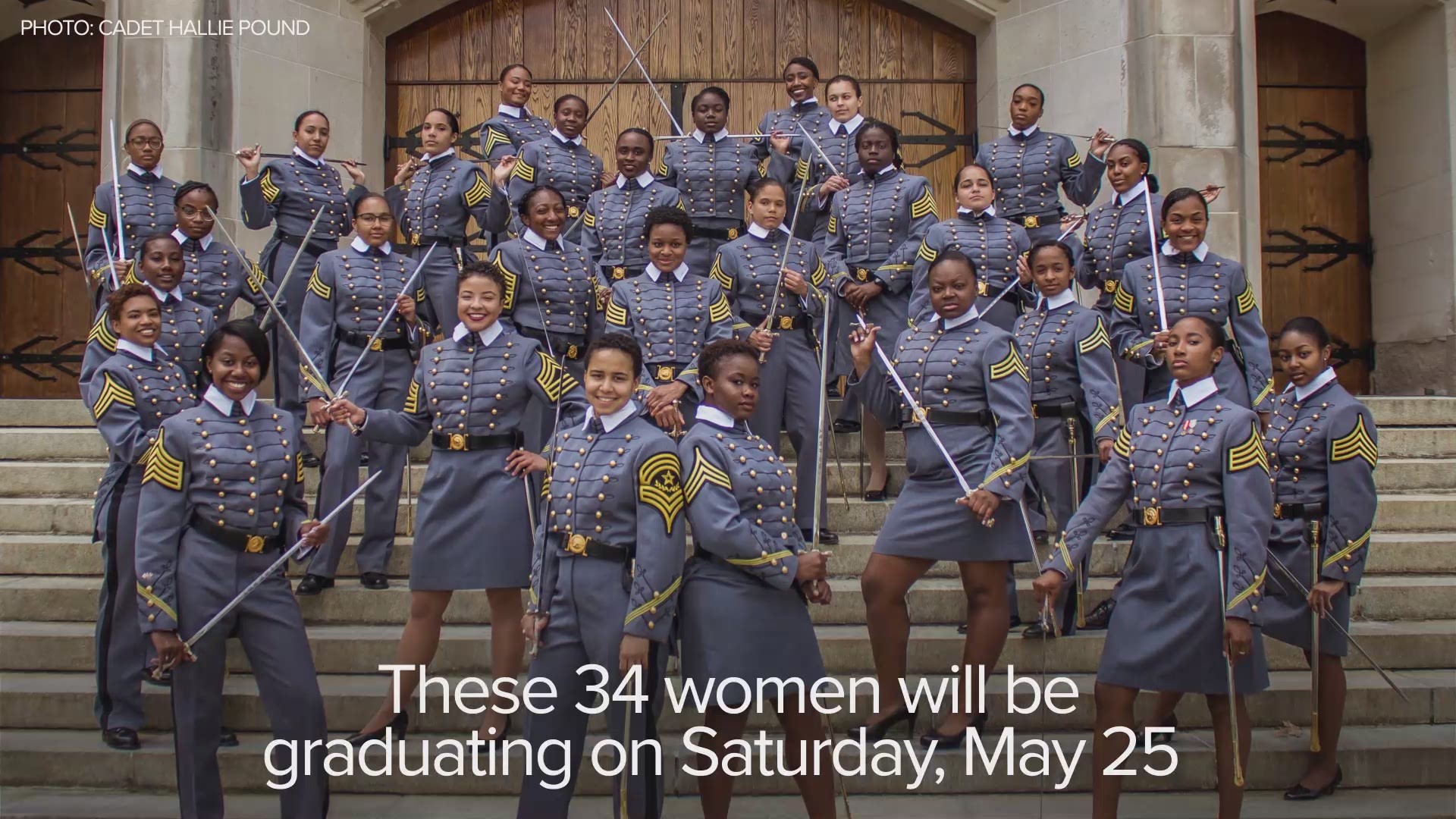 The largest class of African American women is set to graduate from the United States Military Academy at West Point.

“And the expectation is next year’s class will be even larger than this year’s,” Demaro told CNN.

He also confirmed that this year will have the highest number of female Hispanic graduates and that the academy is set to graduate its 5,000th female cadet since 1980.

Cadet Tiffany Welch-Baker shared her experience at West Point with Because of Them We Can, saying that she was fortunate enough to find comfort with her fellow “sister in arms.”

Credit: Cadet Hallie Pound
History in the making: 32 African American females will be with the Class of 2019, the most in the United States Military Academy's history. (US Army photo by Cadet Hallie H. Pound)

“My hope when young black girls see these photos is that they understand that regardless of what life presents you, you have the ability and fortitude to be a force to be reckoned with,” she told the blog.

According to the Philadelphia Tribune, women make up about 20 percent of cadets at West Point, while black students make up about 10 percent. The academy’s office of diversity was created in 2014.

In addition to the growing diversity among cadets, West Point also appointed Lt. Gen. Darryl A. Williams as its first black superintendent in July.

Vice President Mike Pence will be speaking at the West Point graduation ceremony, which will take place Saturday, May 25. It will mark his second time visiting the school, but his first time as a graduation speaker.