'I heard a gunshot, and I ran over' | Woman who tried to save Deputy Dhaliwal says she kept hoping

For 10 minutes Loretta Hall performed CPR on the fallen deputy, all the while saying "wake up, wake up." 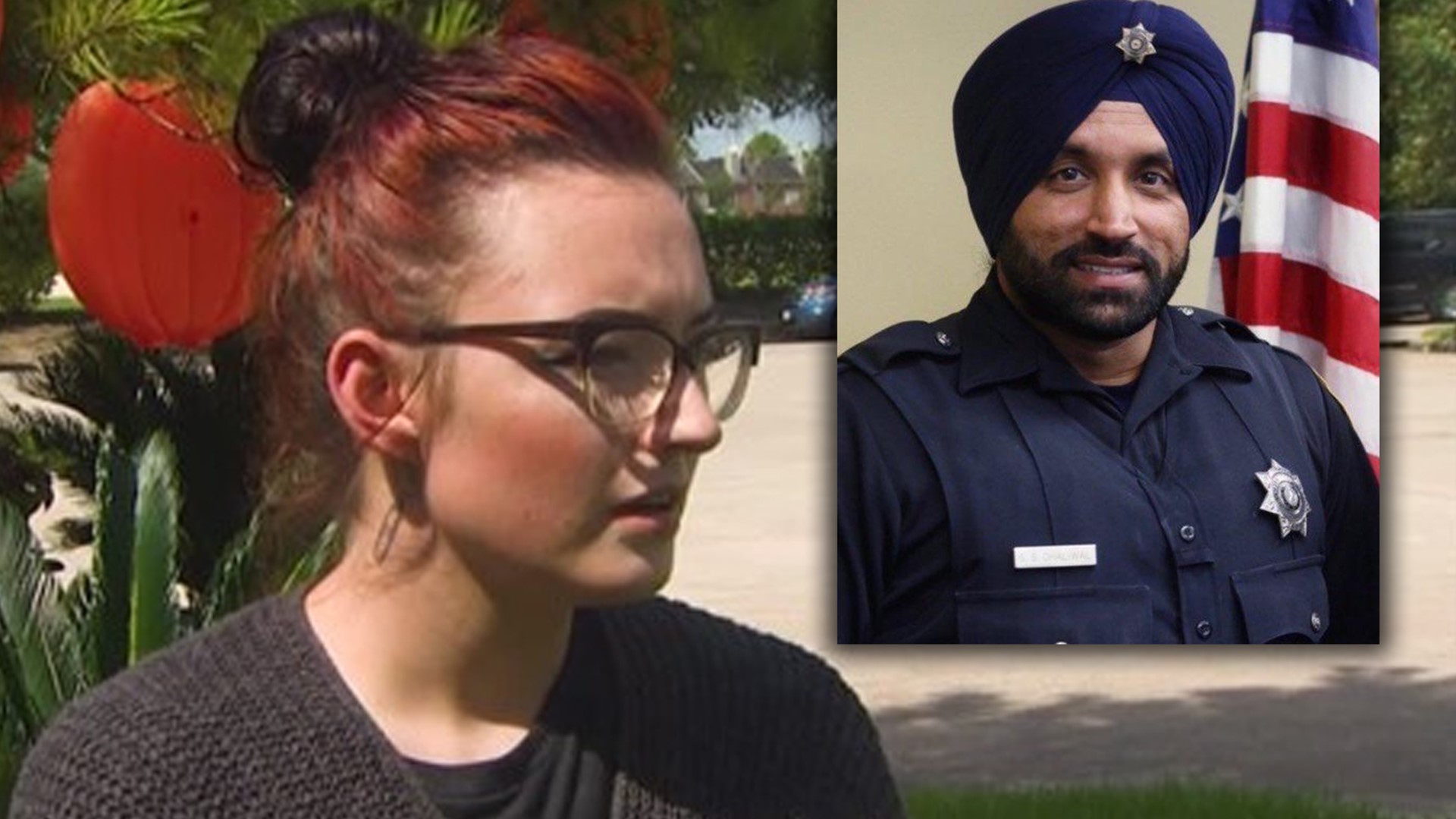 HOUSTON — A memorial continues to grow in the neighborhood where Harris County Sheriff’s Office Deputy Sandeep Dhaliwal was shot Friday afternoon during a traffic stop.

Deputy Dhaliwal, who died at a hospital later that day, was a popular law-enforcement officer, beloved by the residents he served.

“Coming from a child who lost her father, this hurts really bad. Especially because he was just doing his job,” said Jordan Ross who was first introduced to Deputy Dhaliwal as a child. “He was family to our community.”

Ross was among hundreds of visitors who converged on the Copperbrook subdivision Saturday to the site where Dhaliwal was gunned down. She brought sunflowers to place at the site among the dozens of other bouquets and sentimental artifacts left by visitors.

Copperbrook resident Loretta Hall was across the street Friday afternoon putting up Halloween decorations in her front yard when she noticed Deputy Dhaliwal conducting a traffic stop.

Hall said she went inside her home for a moment and heard a gunshot.

“I heard a gunshot, and I ran over to the officer,” Hall said. “Over where that black vehicle is, he was lying in the street.”

Hall said she immediately began to perform CPR on the deputy and continued for the next 10 minutes until other officers arrived.

“I was saying, ‘Come on, come on, wake up, wake up,' when I was doing it,” Hall said. “I was just hoping he was going to be OK. That’s all that was going through my mind.”

Neighbors said Deputy Dhaliwal was conducting his usual dayside patrol of the subdivision when he made the traffic stop. They said video surveillance footage taken by cameras at the front of the Copperbrook subdivision showed the suspect’s vehicle enter the neighborhood and leave with a clear picture of the license plate.

They said the images were immediately given to authorities and enabled law enforcement officers to quickly locate and identify the shooting suspect.

Nobody visiting the site of the shooting on Saturday could comprehend how someone could have killed their beloved deputy. Deputy Dhaliwal’s sister cried inconsolably as she stared at the memorial site.

Ross said the deputy’s death has not been in vain and has inspired her to be more.

“It makes me want to go out and do better,” Ross said. “And be a better person.”