The moment lasted the amount of time George Floyd was held down by a Minneapolis police officer kneeling on his neck, according to a criminal complaint 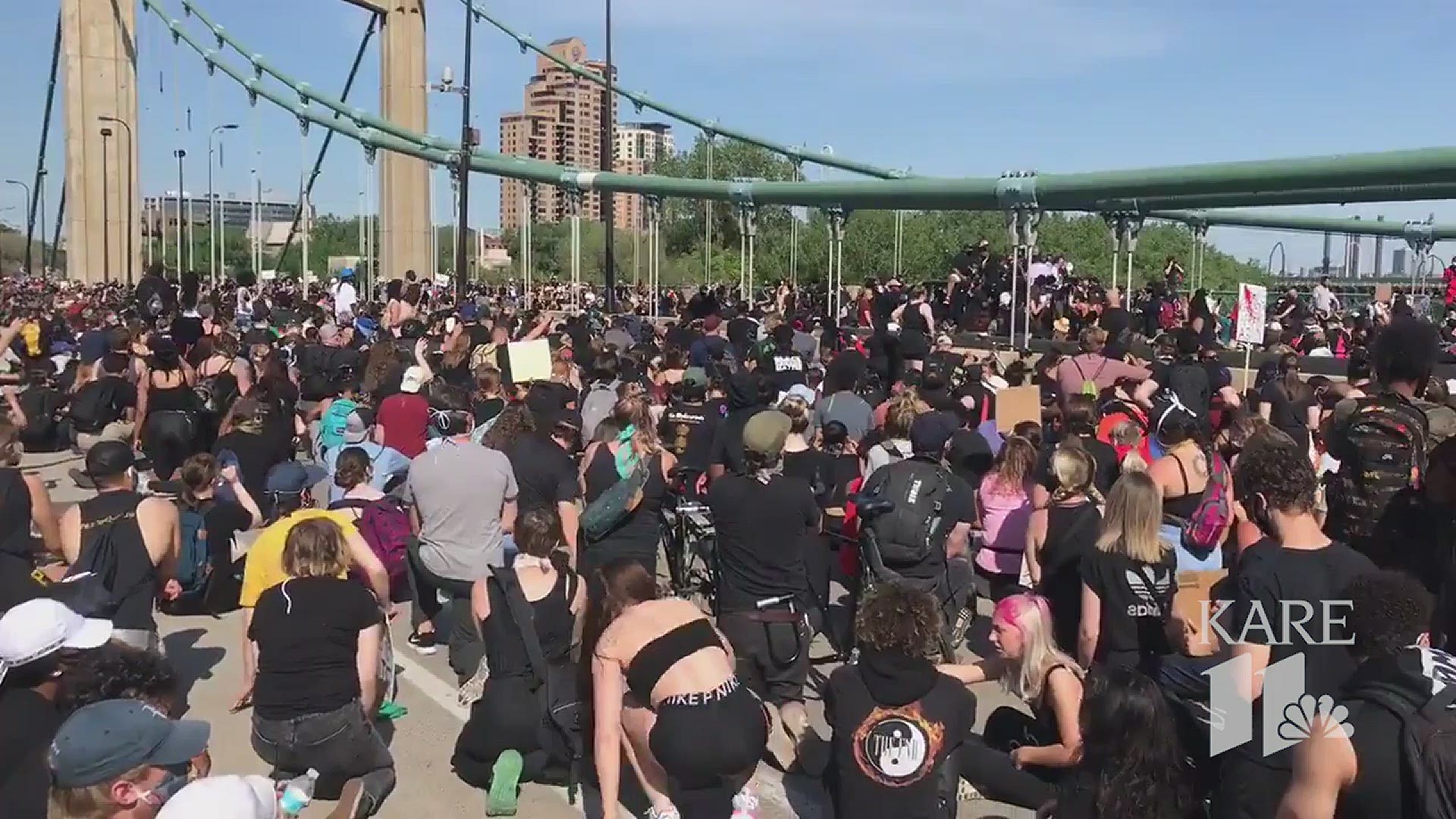 ViacomCBS' entertainment networks on Monday ran an 8-minute, 46-second video with the sounds of a person breathing accompanied by the words "I can't breathe."

That span is the same amount of time a criminal complaint said former Minneapolis police officer Derek Chauvin held his knee to the neck of George Floyd. On a citizen video of the incident, Floyd is heard saying "I can't breathe." The words have become a rallying cry for protesters across the country.

"We dedicate this time to the victims of police brutality and the powerful movement fighting for justice," read a tweet from VH1, MTV and other ViacomCBS channels. They also urged the public to join @ColorofChange and text DEMANDS to 55156.

RELATED: 'I can't breathe': Protests in honor of George Floyd, Breonna Taylor in Dallas and Fort Worth

Nickelodeon, a ViacomCBS network dedicated to children, said it would go off the air for 8 minutes and 46 seconds "in support of justice, equality and human rights." Nickelodeon made the announcement on its social platforms, attaching what calls a Declaration of Kids' Rights.

In 2018, Nickelodeon went off the air for 17 minutes on National Walkout Day to honor the 17 students and faculty killed in the shooting at Marjory Stoneman Douglas High School in Parkland, Florida.

Companies are wading into the national conversation in the wake of Floyd's death, but taking care to get their messaging right.

Netflix’s normally lighthearted Twitter account took on a more somber tone on Saturday: “To be silent is to be complicit. Black lives matter. We have a platform, and we have a duty to our Black members, employees, creators and talent to speak up.” That got retweeted over 216,000 times and “liked” over a million times.

There are plenty of examples of brands speaking out forcefully on social media, particularly in industries where cultural awareness is crucial. WarnerMedia, which is owned by AT&T and includes brands like HBO and TBS, changed their handles to #BlackLivesMatter and all posted the same James Baldwin quote: “Neither love nor terror makes one blind: indifference makes one blind.”

Nike, which famously took on the racial injustice issue head-on with its ad campaign featuring former NFL quarterback Colin Kaepernick, revealed a new video ad on Friday that bore the words: “For once, don’t do it.” The ad, a twist on its “Do it” motto, urged viewers not to “pretend there’s not a problem in America.”

But some companies that offered up statements of support were called out on their own track records on race. L’Oreal, one of the world’s biggest cosmetics companies, tweeted Monday: “Speaking out is worth it,” and pledged a “commitment” to the NAACP. That drew swift criticism online from those who see the company’s business model and advertising as focused on white consumers.

Likewise, Amazon’s tweet urging the end of ″the inequitable and brutal treatment of black people” received backlash from followers, who questioned the company's own commitment during the coronavirus pandemic in which employees have been complaining about unsafe working conditions.