'I grabbed the rest of the chain on my leg and I ran': Woman describes 8 days of being held against her will

'I grabbed the rest of the chain on my leg and I ran': Owyhee County woman details how she escaped from a family friend holding her against her will. 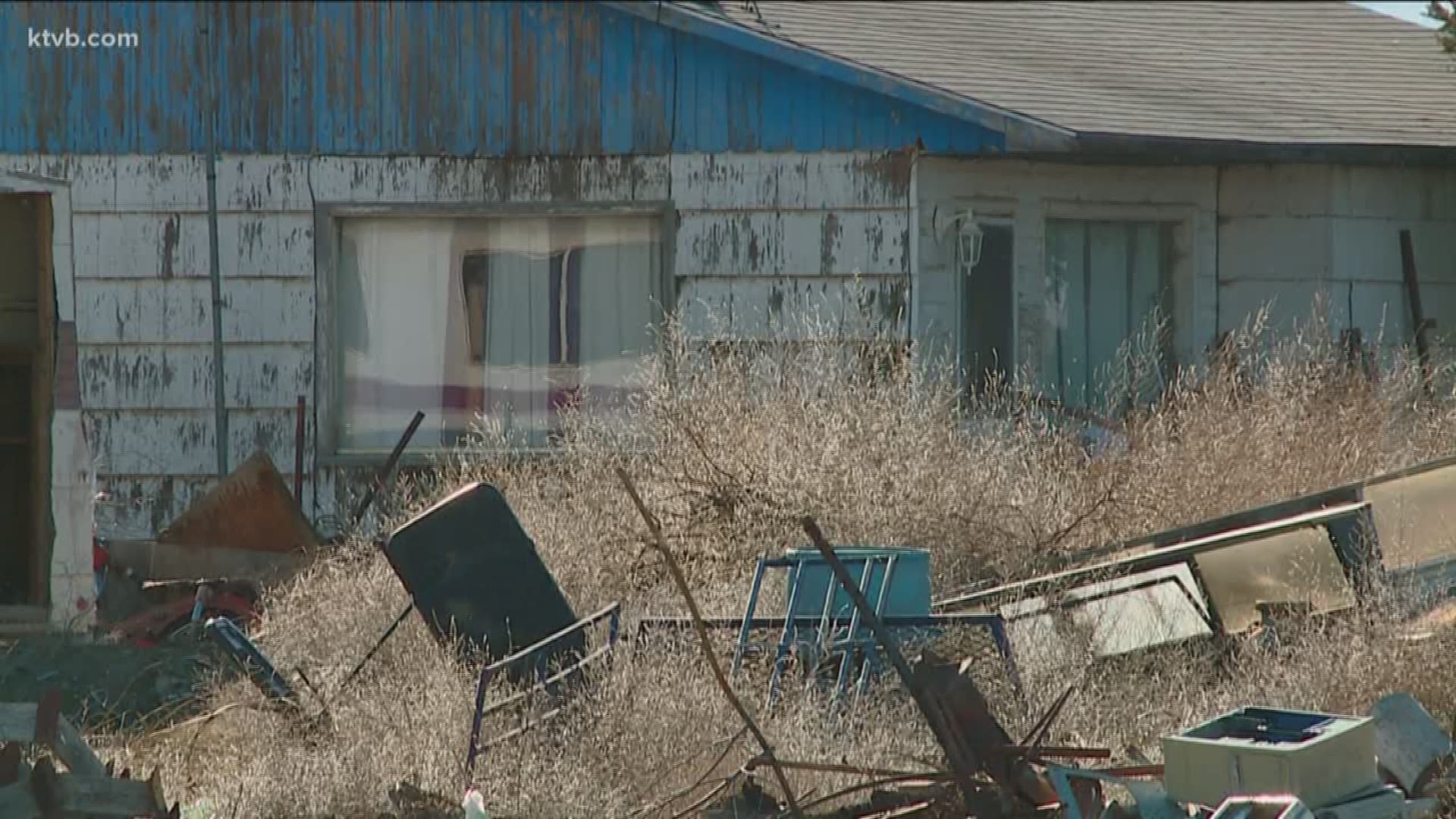 OWYHEE COUNTY, Idaho — Beaten up, chained to a wall for days and forced to tell her family she was leaving them.

That’s just part of what a Homedale woman says she experienced after she was kidnapped and tortured in Owyhee County by an old friend.

Now, Melissa Transue is sharing her experience about what she says happened while she was taken captive and chained to a wall in a barn.

Transue said never thought she’d be sitting at a table talking about Chancey Baker – a man she thought she knew. She has known him for years and they’d even gone to school together.

“It wasn’t just him, it was his family,” she said. “His mom and dad, we never called them Annie and Doug, they were ‘Mom and Dad.’ Our kids called them grandma and grandpa. We did holidays together, we did barbecues together.”

But Transue said around September or October of 2018, things started feeling uncomfortable for her and her kids around Baker.

Transue said she told her husband they needed to move and that she didn’t want Baker around their kids anymore.

Her family had made plans to go to her mother-in-law’s for Christmas and Transue said she and the kids didn’t plan to come back. Her husband was going to come back and finish out the year at work, then join them.

But according to Transue, Baker wasn’t going to let that happen and did all he could to sabotage her plans with her family.

Fast forward to Dec. 14, 2018, Transue said Baker popped the fuse box, causing a partial power outage. So her husband went to fix it.

A short time later, that’s when Transue says she heard a knock at the door.

There was a second knock so Transue said she cracked the door to see who it was.

“My door flew open and he had his head down but I knew that it was him and he came rushing in and jabbed something into my side,” she described. “Well, he had tased me.”

Transue said she fought back and hit Baker.

“And he pulled me by my sweatshirt out into the yard and started beating the crap out of me with a pipe and trying to put duct tape around my head, around my mouth,” she said.

Transue kept fighting and she says that's when Baker called Mikal Christensen, a man he had served time in prison with.

Transue said the next thing she remembers after the attack is waking up in a barn.

“It was awful,” she said. “I kind of came to on a chair, I had tape everywhere, my hands and feet were tied together, he had a rope around my neck that he had laced through the ones on my arms and legs, and if I did something or was saying something, he would pull on them so it would choke me.”

Police reports state one of Transue’s ankles had also been chained to a wall of the barn.

Transue said Baker took her car and her phone to make it seem like she’d left her family. He would text people from her phone, pretending to be her, saying she was okay. She said he would also make her call her husband and say she was okay.

“He would come down there, with his gun, and he would make me call my family,” she said.

TRENDING: 'It was just something he had to do': Wife of missing man in Owyhee County shares her experience of being stranded for days

According to Transue, he even brought her two boys down at one point and told them he would kill her and their dad if they told anyone.

Transue said while she was being held, Baker also threatened to “eliminate” her multiple times.

“He told me had no use for me, he told me he would get rid of me,” she said. “He told me multiple times he was going to take me out to the middle of the Owyhees."

In a statement he gave to police, Christensen said Baker was the “mastermind” behind the kidnapping and that the plan was “to overdose her on her medicine and then drop her body off at Jump Creek.”

She was chained up for eight days until she says she found a drill bit in an old desk in the barn. She used that, plus a pair of tweezers and a fork, to try and pick the lock on the chains.

“I just started drilling the piece out where the key goes by hand – just drilling it,” she said. “I just had to keep telling myself that, like you got to get out of here. I had almost given up – I had drilled that lockout for so long, it was like six hours.”

Transue said she kept pulling and hitting the chain.

Police later described the same damage, with reports describing the keyhole as having been “gouged and pried.”

Transue said she stretched the chain as far as she could, looking for other tools to use to get free. That’s when, she said, the lock finally snapped.

“And then I put on a sweatshirt, and I grabbed the rest of the chain that was attached to my leg, and I ran," she said.

She said she knocked on doors of nearby homes until someone finally answered. That’s when she called the police and the Owyhee County Sheriff’s Office responded.

KTVB obtained police reports describing the scene and where Transue was held. The reports describe it as “an old milking barn where a room had been built inside with propane heat.”

One of the officers who responded described Transue’s appearance that night in his report.

“Melissa was in a sweatshirt and pajama pants and slippers. She lifted her left pant leg to show me where a small metal chain had been wrapped around her leg below the calf and just above the ankle….There was approximately 3 feet of chain after being secured to her leg.”

The officer also described taking photos of her injuries.

According to police reports, “She had fading bruises on her left upper leg and a cut on the top of her head.”

Transue said it’s hard to see the fallout of everything Baker did.

“It hurts a lot that the people we thought we were so close to – even after knowing what he’s done – are still supporting him,” she said.

According to court documents, police found evidence of child abuse and Baker had additional charges added.

Besides charges for kidnapping, unlawful possession of a firearm by a convicted felon and grand theft, he is also facing ten counts of lewd conduct with a child and 11 counts of sexual abuse of a minor. He is also a registered sex offender.

Christensen is facing charges of conspiracy to commit kidnapping, second-degree kidnapping, burglary and unlawful possession of a weapon by a convicted felon.

A third suspect, Tressa Sipes, is facing accessory to kidnapping charges because police said she knew of the situation but never reported it.

Transue said even being back home, the trouble isn’t over because Child Protective Services currently has all three of her children.

She said Baker had told CPS that she and her husband were abusive to their children.

Now, Transue said that they are required to take parenting classes and anger management classes. She said they are only allowed scheduled visits with their kids.

She says they have set up a fundraising page on Facebook to raise money for lawyer’s fees to get their kids back. Melissa said their nightmare still hasn’t ended.

“It’s not over, it’s still going every day," she tearfully said.