The Ukrainian Airlines jetliner crashed minutes after takeoff from Tehran. 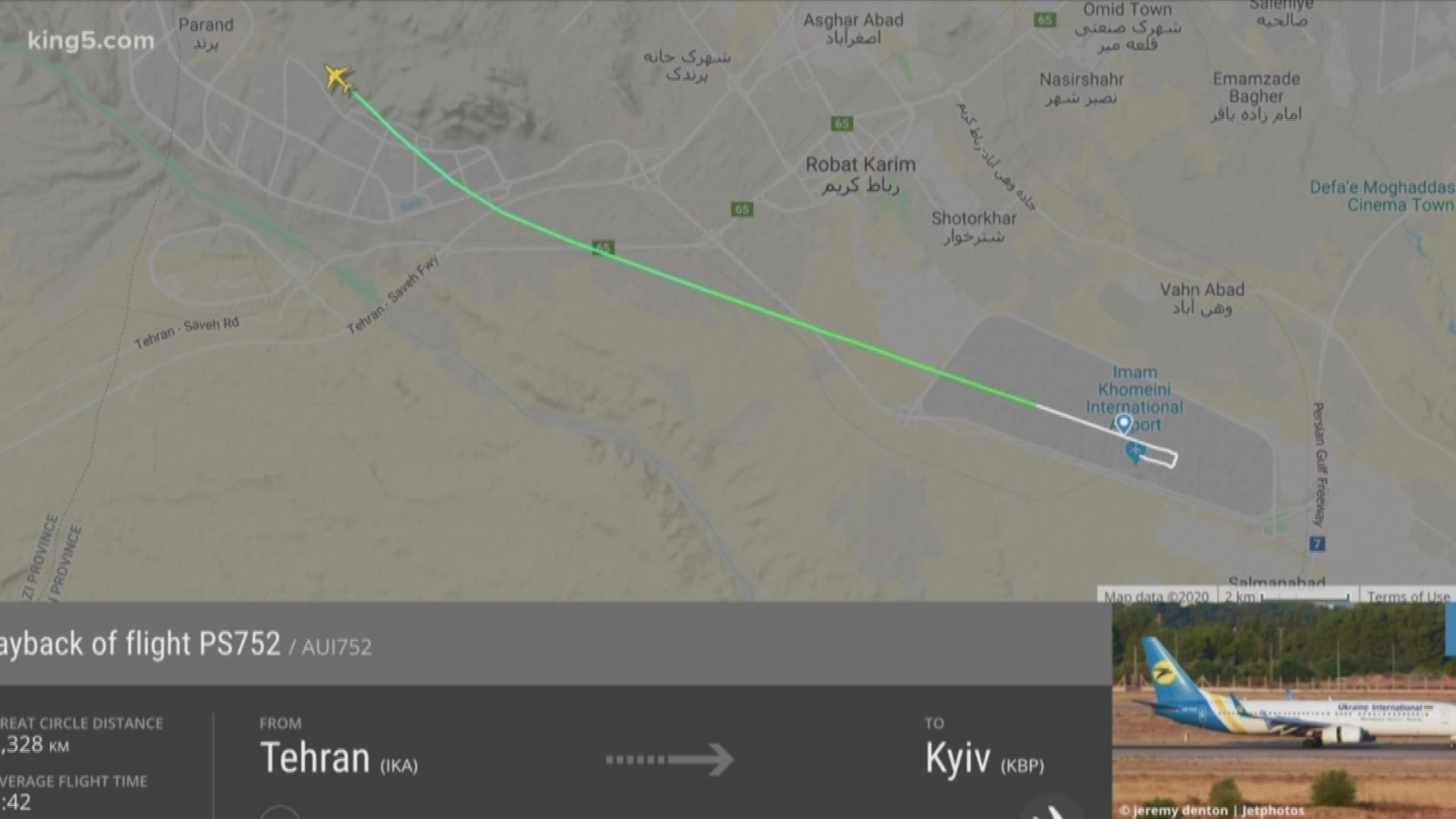 A Canadian couple who was supposed to be together on the Ukrainian Airlines flight that crashed just after takeoff from Tehran, Iran, Wednesday instead were separated. A ticket mix-up left the husband at the airport while his wife boarded the flight and perished, according to reports.

The Ottawa Citizen reports Roja Azadian, 43, was one of eight Ottawa residents killed in the crash of Ukraine International Airlines Flight 752 which was traveling to Kyiv, Ukraine.

Her husband, Mohsen Ahmadipour, canceled part of his itinerary, but believed the portion from Tehran to Toronto was still valid.  When they got to the airport, he found out it was not, according to a public relations director of the Iranian Arts and Cultural Society of Ottawa.

Roja went ahead and boarded the Boeing 737-800 while Mohsen stayed behind to find other travel arrangements, a friend told CTV.

Minutes after takeoff, the plane crashed, killing all 176 people on board including Roja.

The couple had reportedly been visiting their families in Iran.

Iran's civil aviation authority on Thursday said the crew of the jetliner never made a radio call for help and were trying to turn back to the airport when the plane went down.

U.S. and Canadian officials said Thursday they have evidence that shows Iran mistakenly shot down the plane.

Iranian officials have held that it was a mechanical failure.

BBC News reports Iran says it is not sharing the black box flight recorders with Boeing or the U.S.

Credit: AP
FILE - In this Wednesday, Jan. 8, 2020 file photo a rescue worker searches the scene where a Ukrainian plane crashed in Shahedshahr southwest of the capital Tehran, Iran.