Four-year-old Jack reportedly spent hours on the floor due to lack of beds. Reaction to the photo by Prime Minister Boris Johnson has drawn backlash. 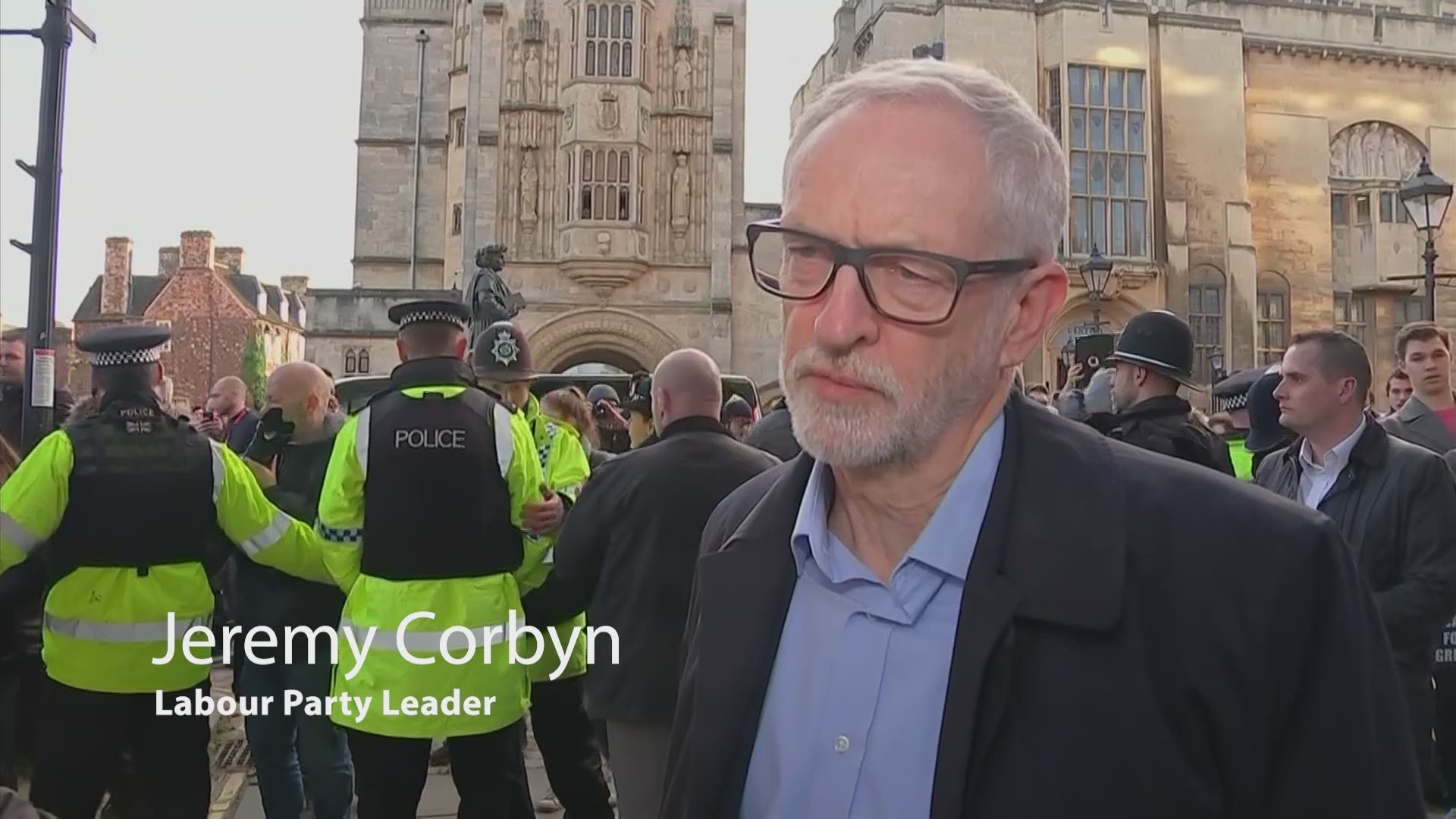 A 4-year-old boy in a Spider-Man top, lying on a hospital floor, has taken center stage in the British election campaign and has highlighted concerns about that country's beloved health care system which has been troubled of late.

A U.K. hospital did not have enough beds for Jack Williment, who was there with suspected pneumonia. The left-leaning Daily Mirror reports Jack, who was on oxygen, had to be moved to a room with no bed and was forced to lie on the floor for four hours. His mother, Sarah Williment, put coats down to keep him warm and comfortable. She said the room was full of medical supplies, so doctors and nurses kept coming in to grab things while Jack was trying to rest.

Later, he reportedly was moved to a bed where his mother said he spent another five hours while doctors did tests on him.

His photo was splashed on the front page of the Mirror. The Associated Press reports the image is dominating the final days of campaigning before Thursday's general vote.

Conservative Prime Minister Boris Johnson has come under fire after appearing to avoid looking at the boy's photo on a reporter's phone.

"It's a terrible, terrible photo and I apologize obviously to the family," Johnson said.

It detracted attention from Johnson's efforts to campaign for votes in opposition Labour Party districts.

"Here it is. That's the image," Corbyn said, holding up a newspaper with the photo. "That's a child with pneumonia on the floor of a hospital in modern Britain. That is a disgrace. We need to invest in our public services and end austerity."

Jo Swinson, Liberal Democrats Leader, said it's an example of the UK's National Health Service being drained of resources.

Health Secretary Matt Hancock defended Johnson, arguing that the government was tripling the size of the hospital's children's unit to make sure this doesn't happen again.

The Mirror reports Jack was eventually diagnosed with flu and tonsillitis and was sent home. His mother, who says she normally votes with Johnson's Conservative Party, now plans to vote Labour for the first time because of the hospital ordeal.

“I’m angry at the lack of funding and the lack of beds because I think that is failing our children," Sarah told the Mirror.