The appeals court vacated his sentence but upheld his conviction. Exotic is asking President Joe Biden for a pardon. 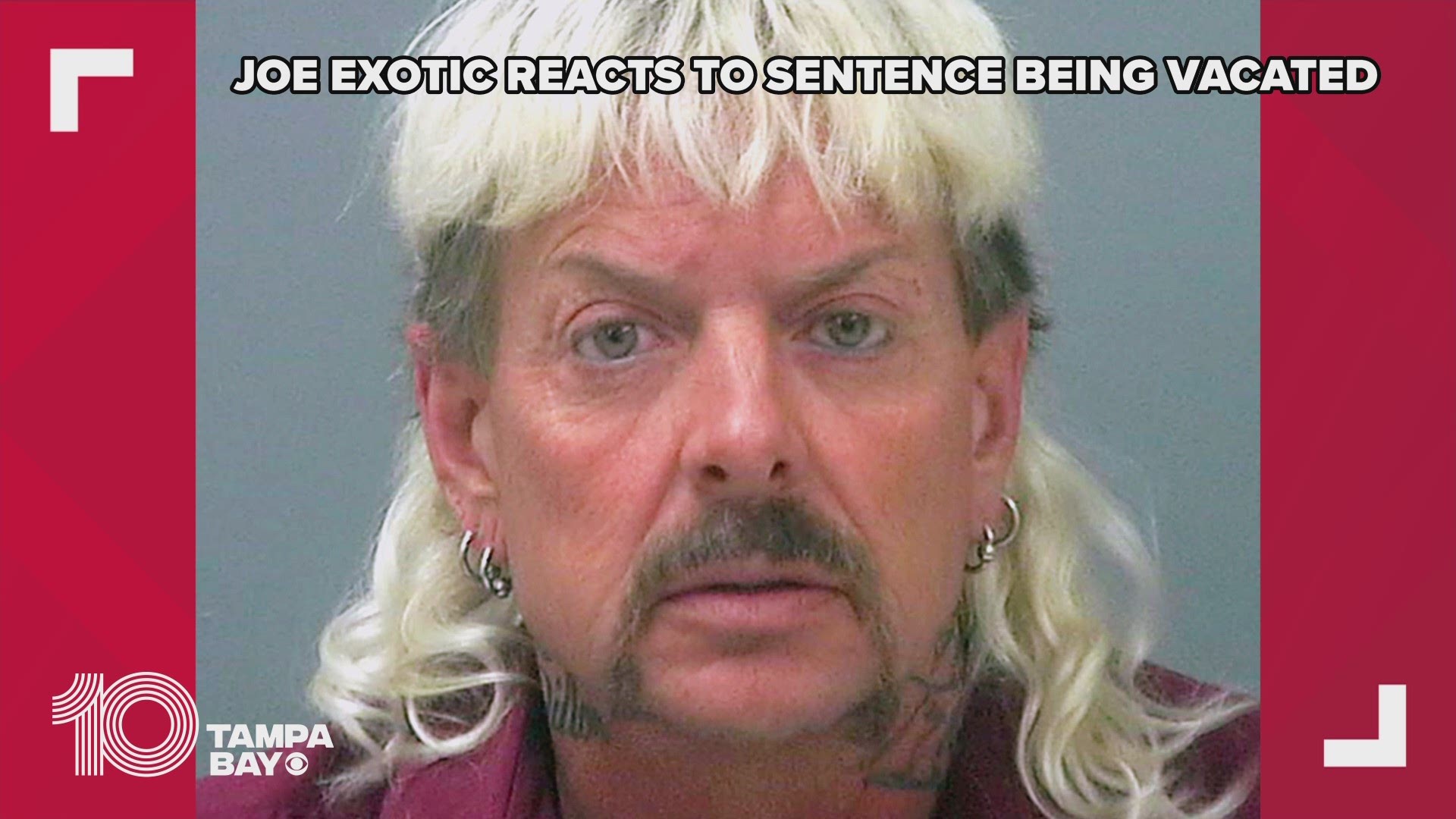 OKLAHOMA CITY — 'Tiger King' star Joe Exotic will be re-sentenced after being convicted last year in a murder-for-hire plot against Carole Baskin, the CEO of Tampa's Big Cat Rescue.

Exotic, whose real name is Joseph Maldonado-Passage, had appealed his murder-for-hire convictions, arguing a district court made the wrong decision by allowing Carole Baskin to attend the whole trial – despite her being listed as a government witness. The 58-year-old also argued the trial court should've grouped his two murder-for-hire convictions together when calculating a sentence because the charges involved the same person.

In a 3-0 decision, an appeals court on Wednesday ruled that the lower court acted within its discretion by allowing Baskin to attend the trial proceedings. But, the higher court also said the first judge should have grouped the two murder-for-hire convictions.

Thus, the appeals court determined Exotic's conviction will stand. But, the sentence will be vacated, and he will be re-sentenced in the case.

The range for consideration in the re-sentencing phase will be 17.5 to just shy of 22 years in prison, according to KOCO-TV.

Exotic's lawyer said Wednesday marked the "start" of justice for his client, adding attorneys expected the current sentence to be reduced.

"While this does not mean Joe will get a new trial (yet), it was a necessary first step," the law firm wrote in a statement.

Exotic was originally sentenced to 22 years with an anticipated release date of 2037.

“I am pleased with the appellate court’s decision in Joe’s case. I knew when I agreed to represent Joe that an appeal would be difficult, but I also knew that the law was on Joe’s side. I am optimistic that the decision today is but one of many more victories to come for Joe—and his eventual freedom," Brandon Sample, appellate counsel for Exotic, wrote in a statement.

Exotic's legal team plans to file motions to reveal what his lawyers describe as "numerous examples of government misconduct."

“People should know what they saw on television isn’t the full truth. It isn’t even the tip of the iceberg. It was snowflakes on the tip of the iceberg, largely manufactured by those who wanted to see Joe Exotic in jail for their own benefit. The truth will soon be told,” lead defense attorney John M. Phillips added.

Exotic has been requesting a presidential pardon.

"President Biden, if you are listening or hear this, this is a time that you need to be a world hero and sign that pardon," Exotic said in an audio statement released by his law firm.

RELATED: Joe Exotic on the hunt for new husband with 'The Bachelor King' contest