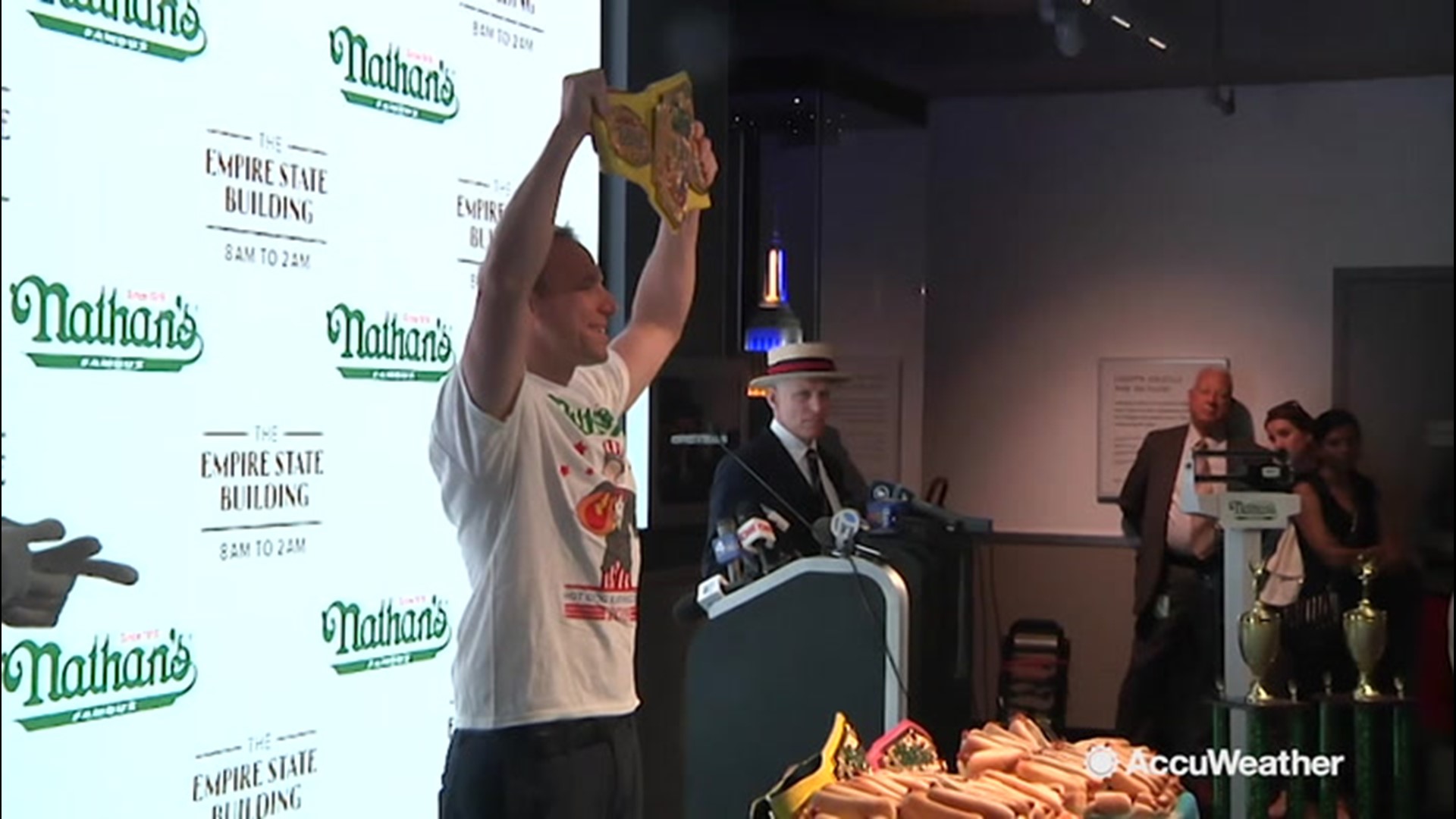 Add him to the list of the greatest sports dynasties of all time, if you count eating hot dogs at a pace that would most people vomit as a sport.

In front of a crowd of fans and facing 17 opponents, the California native came close but didn't manage to beat his own record of 74 dogs, set last year.

However, he far exceeded his nearest competitors.

Afterward, Chestnut said he was disappointed to not break his record, but planned to try again next year.

RELATED: How to keep your pet safe on the Fourth of July