They're expected to vote to send the articles of impeachment to the full House. 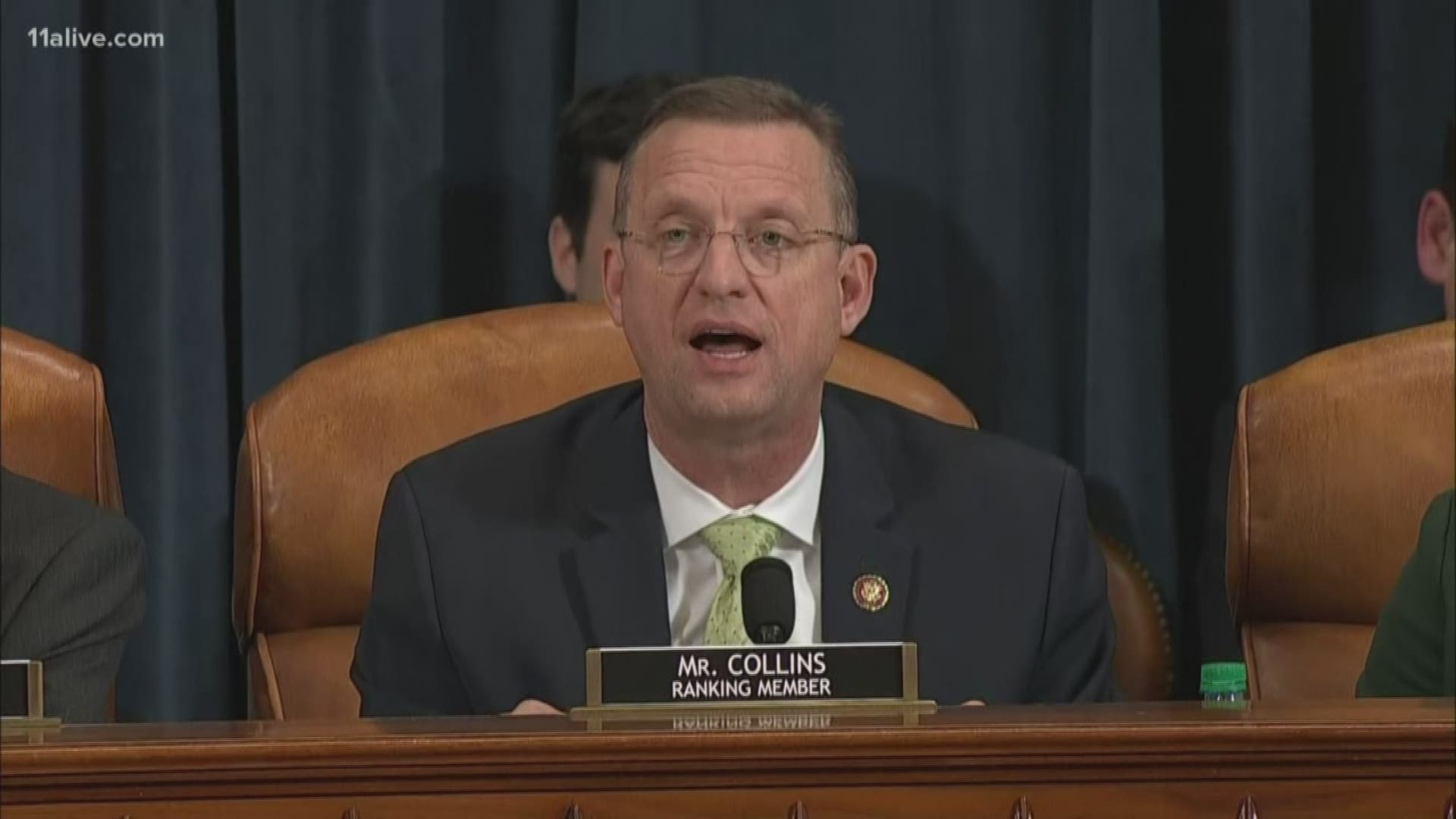 WASHINGTON — The House Judiciary Committee ended the second of two nights of the marathon session it's arguing through ahead of voting to send impeachment charges against President Donald Trump to the full House.

It's the latest big step as the politically split Congress debates whether to remove Trump from office.

Nadler said that committee would go into recess until 10 a.m. Friday morning, when the group of lawmakers is expected to hold their vote before one to the full House.

RELATED: Trump campaign tweets video of him as Thanos, 'snapping' Democrats out of existence

Republican Rep. Doug Collins of Georgia had said that the proceedings were a "farce" and called for it to be halted until the Republicans could hold their own hearing. The request was denied by Nadler.

Republican Rep. Jim Jordan of Ohio called for the removal of the first article.

“This amendment strikes article 1 because article 1 ignores the truth,” he said.

The Judiciary panel debated for nearly three hours Thursday before rejecting a Republican amendment to simply delete the first of two articles of impeachment. That vote was 23-17, along party lines, and later votes were expected to be the same.

The focus of the impeachment proceedings lies in the allegation that Trump pressured Ukrainian President Volodymyr Zelensky to launch investigations into former vice president and now Democratic presidential candidate Joe Biden and his son Hunter. Trump is said to have leveraged military aid to Ukraine, which faces Russian military aggression.

Democrats announced two articles Tuesday, declaring Trump “betrayed the nation” with his actions toward Ukraine and obstruction of Congress' investigation.  If either article is approved, Trump would join Andrew Johnson and Bill Clinton as the only presidents to be impeached. The process would then move to the Senate for a trial that likely would end without Trump's removal from office.

In the abuse of power article, Democrats say Trump "solicited the interference" of Ukraine in the 2020 election by asking its government to publicly announce an investigation of an opponent to benefit Trump's re-election.

In the obstruction article, Democrats say Trump "directed the unprecedented, categorical and indiscriminate defiance of subpoenas issued by the House of Representatives pursuant to its 'sole Power of Impeachment.'

Democrats  on Wednesday described a sense of duty to stop what one called the Republican president’s “constitutional crime spree.” Republicans decried what they called the “hot garbage’’ impeachment.

Democratic Rep. Val Demings of Florida said "nobody is above the law." Democratic Rep. Sheila Jackson said President Trump "betrayed the national interest" and his actions "dimmed" the light of democracy. 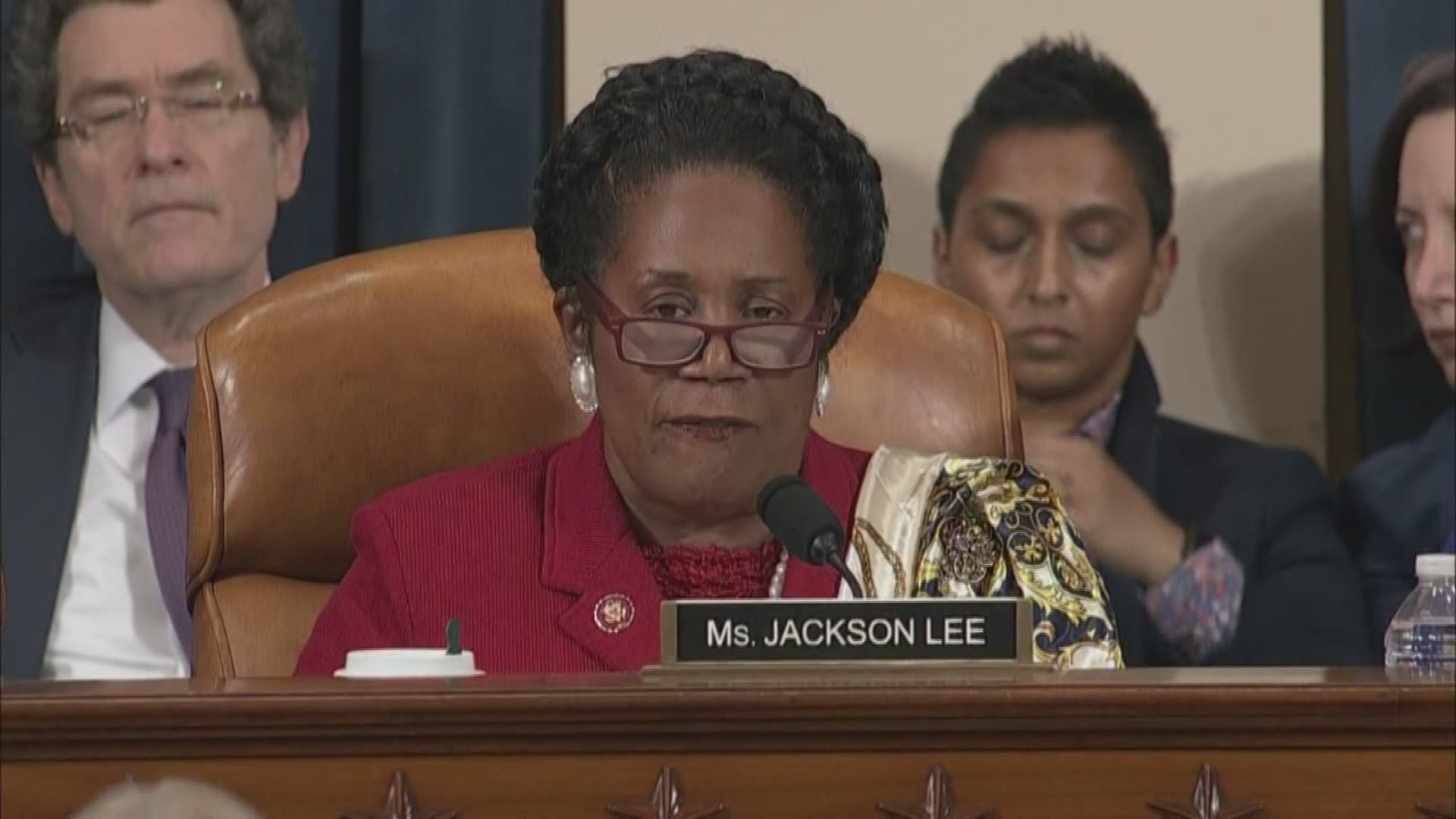 Jordan  said democrats were doing "scary stuff" with the impeachment proceedings, and read out a list of President Trump's achievements.

Trump insists he has done nothing wrong and says impeaching a president with a record like his would be “sheer Political Madness!” His allies in Congress have used similar language, accusing Democrats of marching toward impeachment because they don't like Trump. 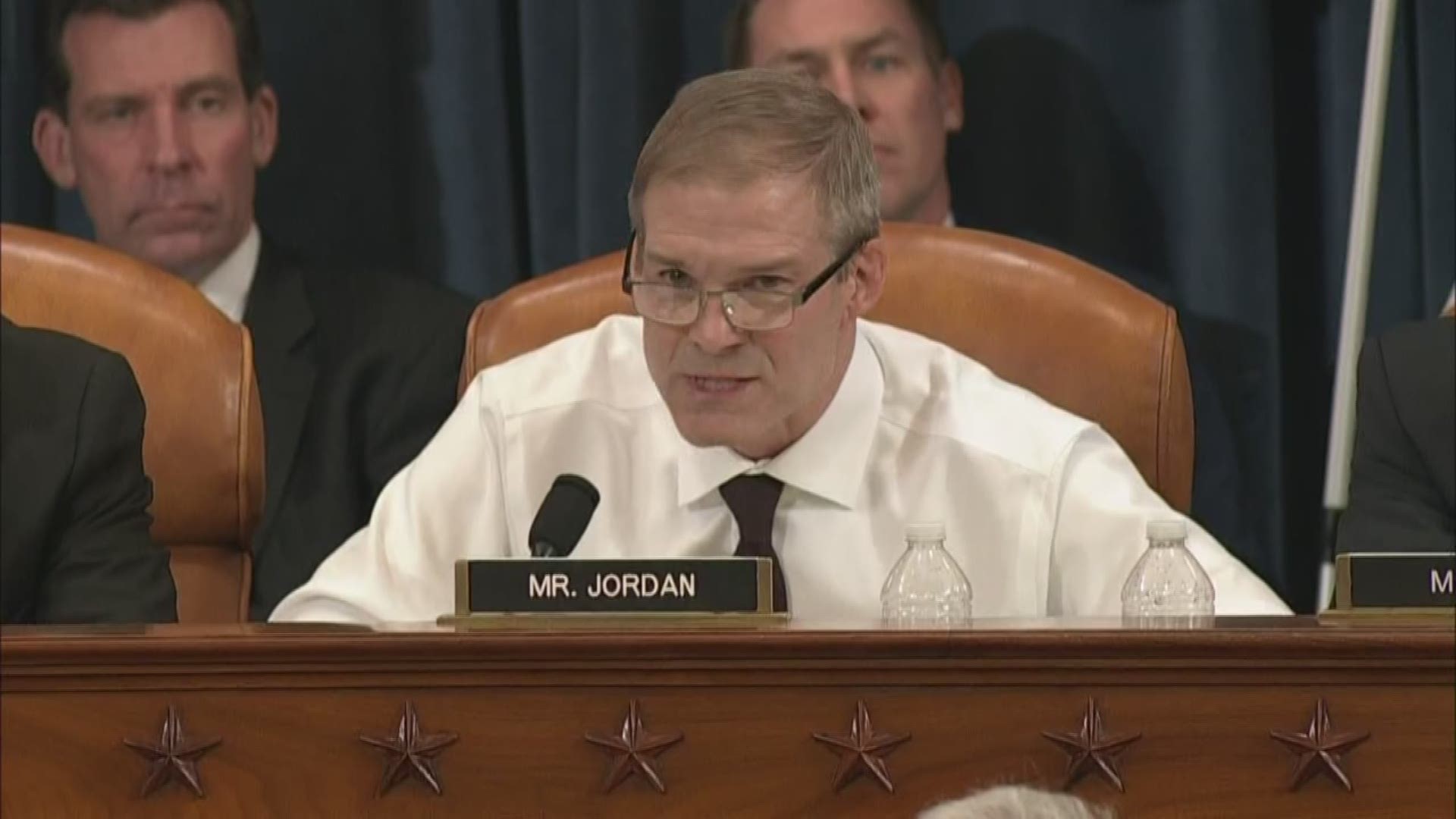