Calls went out for armed vigilantes in Kenosha before deadly shooting

Two people were killed Tuesday night. Multiple threads on Facebook and Reddit urged militias and other armed people to head to the protests. 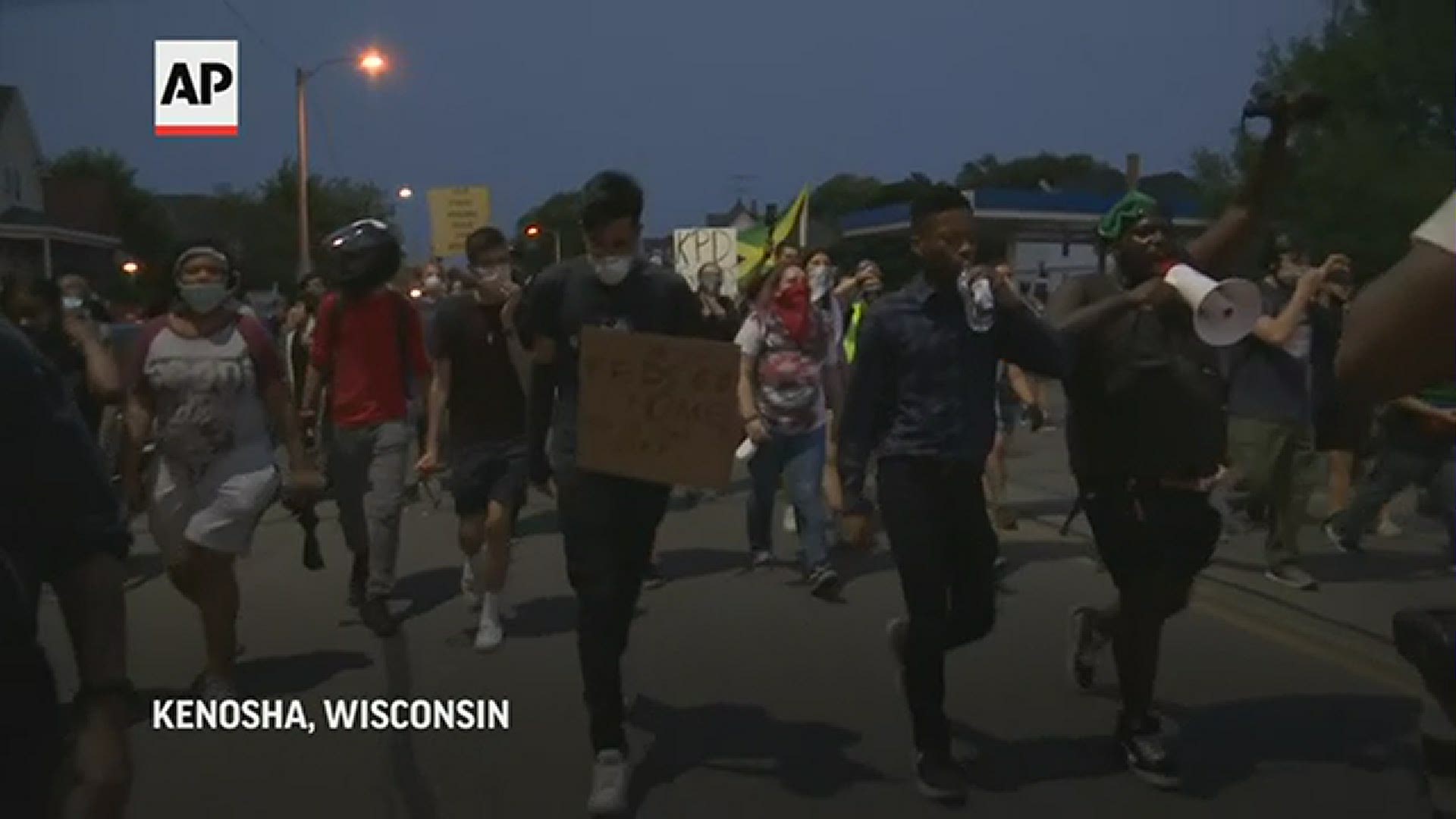 Repeated calls for armed vigilantes to travel to Kenosha, Wisconsin, to protect businesses following the police shooting of Jacob Blake spread across social media in the hours before two people were shot to death and a third was wounded during a third night of unrest in the city.

Multiple threads on Facebook and Reddit urged militias and other armed people to head to the protests, researchers at the Atlantic Council’s Digital Forensic Lab said in a blog post Wednesday. The demonstrations broke out after Blake, a 29-year-old Black man, was left paralyzed Sunday when he was shot from behind by officers answering a domestic dispute call.

Two people were killed by gunfire Tuesday night and Kyle Rittenhouse, a white 17-year-old from nearby Antioch, Illinois, was arrested Wednesday on suspicion of first-degree intentional homicide.

A video director for the conservative website The Daily Caller tweeted Wednesday that he had conducted a video interview with the suspected gunman before the shooting and posted a clip in which the armed young man, standing in front of a boarded-up building, said “our job is to protect this business.”

“And part of my job is to also help people," he said. "If there is somebody hurt, I’m running into harm’s way. That’s why I have my rifle -- because I can protect myself, obviously. But I also have my med kit.”

The Atlantic Council researchers said that before the attack some of the online discussions encouraged acts of violence while the conspiracy website InfoWars amplified the call to arms, potentially encouraging more armed people to head to Kenosha. In Wisconsin, people 18 and over can legally openly carry a gun without a permit.

Facebook confirmed Wednesday that it took down a page called Kenosha Guard for violating its policy against militia organizations. The company said it also is in the process of removing other accounts and material tied to the shootings that violate its policies, such as for glorifying violence, and it is in contact with local and federal law enforcement on the matter.

The company said it had not found evidence on Facebook that suggests the suspected shooter followed the Kenosha Guard Page or was invited on its Event Page to go to the protests.

"However, the Kenosha Guard Page and their Event Page violated our new policy addressing militia organizations and have been removed on that basis,” the company said in a statement.

"At 10:44 a.m. local time, the administrator of the ‘Kenosha Guard’ page asked if any members were willing to ‘take up arms and defend out (sic) City tonight from the evil thugs,'" the researchers said. "They continued, ‘Nondoubt (sic) they are currently planning on the next part of the City to burn tonight!’’’

Kenosha County Sheriff David Beth said Wednesday militia members or armed vigilantes had been patrolling the city's streets in recent nights and asked about being deputized.

“Yesterday, I had a person call me and say, ‘Why don’t you deputize citizens who have guns to come out and patrol the city of Kenosha, and I am like, ‘Oh, hell no.’"

He said once he deputizes someone “they are a liability to me and the county.”

Ray Roberts, a 38-year-old Black Kenosha resident and Army veteran, said men from “rural areas got in big trucks loaded up with guns and flags and got into town.”

“You would see them driving into town after curfew and cops not stopping them," Roberts said.