Hours after his release, the Illinois teen charged with killing two people during an August protest in Wisconsin posed in a photo with actor Ricky Schroder. 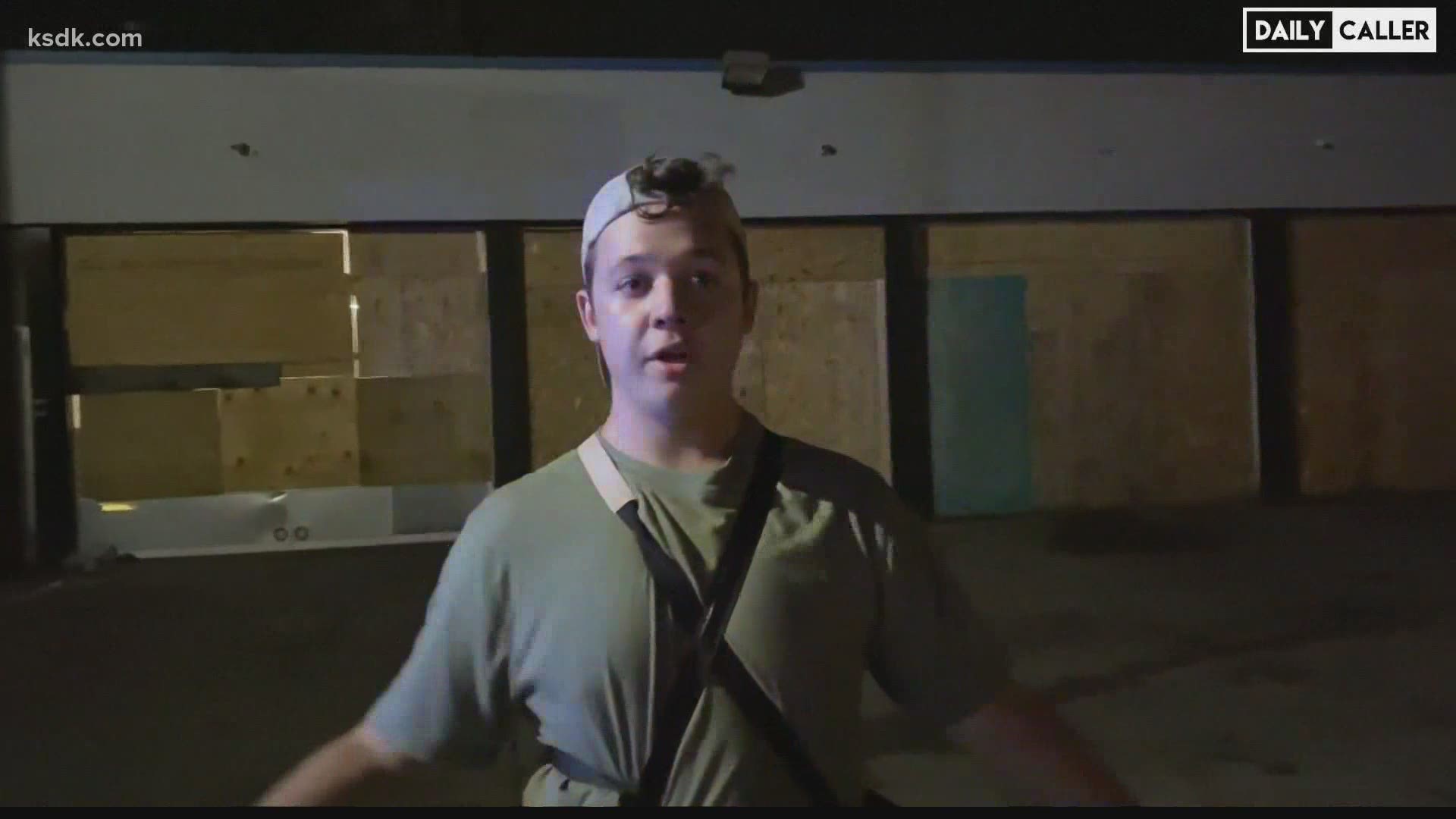 WASHINGTON — An attorney representing accused Kenosha gunman Kyle Rittenhouse says actor Ricky Schroder and the CEO of MyPillow helped get the 17-year-old out of jail.

The Illinois teen has been charged with killing two people during an August protest in Wisconsin. His case has become a rallying cry for some conservatives. He was released Friday after posting a $2 million cash bond in Kenosha.

One of his attorneys, Lin Wood, tweeted a thank you to all who donated through a legal defense fund for Rittenhouse. Wood gave a special thanks to "Silver Spoons" and "NYPD Blue's" Schroder, along with MyPillow CEO Mike Lindell, for "putting us over the top."

Hours after his release, Rittenhouse posed for a photo with Schroder and one of his attorneys.

According to The Hollywood Reporter, Schroder retweeted Wood's statements on the conservative networking site Parler, including a post thanking Schroder for his "significant contribution."

Rittenhouse is accused of fatally shooting Joseph Rosenbaum and Anthony Huber, and wounding Gaige Grosskreutz during a demonstration Aug. 25 that followed the police shooting of Jacob Blake in Kenosha.

Rittenhouse, of Antioch, Illinois, told police he was attacked while he was guarding a business and that he fired in self-defense.

He faces charges including intentional homicide, reckless endangerment and being a minor in possession of a firearm. Wisconsin law doesn’t permit minors to carry or have a gun unless they’re hunting. He is due back in court on Dec. 3 for a preliminary hearing.

Conservatives upset over property destruction during recent protests have portrayed him as a patriot exercising his right to bear arms during unrest.

Credit: AP
This undated booking photo from the Antioch (Illinois) Police Department shows Kyle Rittenhouse, who has been charged with fatally shooting two men and injuring a third during protest in Kenosha, Wis., in late August.