Ahead of Breonna Taylor announcement, Louisville is locking down parts of the city

Mayor Fischer said downtown traffic restrictions from LMPD will remain and "will be assessed on a daily basis over the coming days." 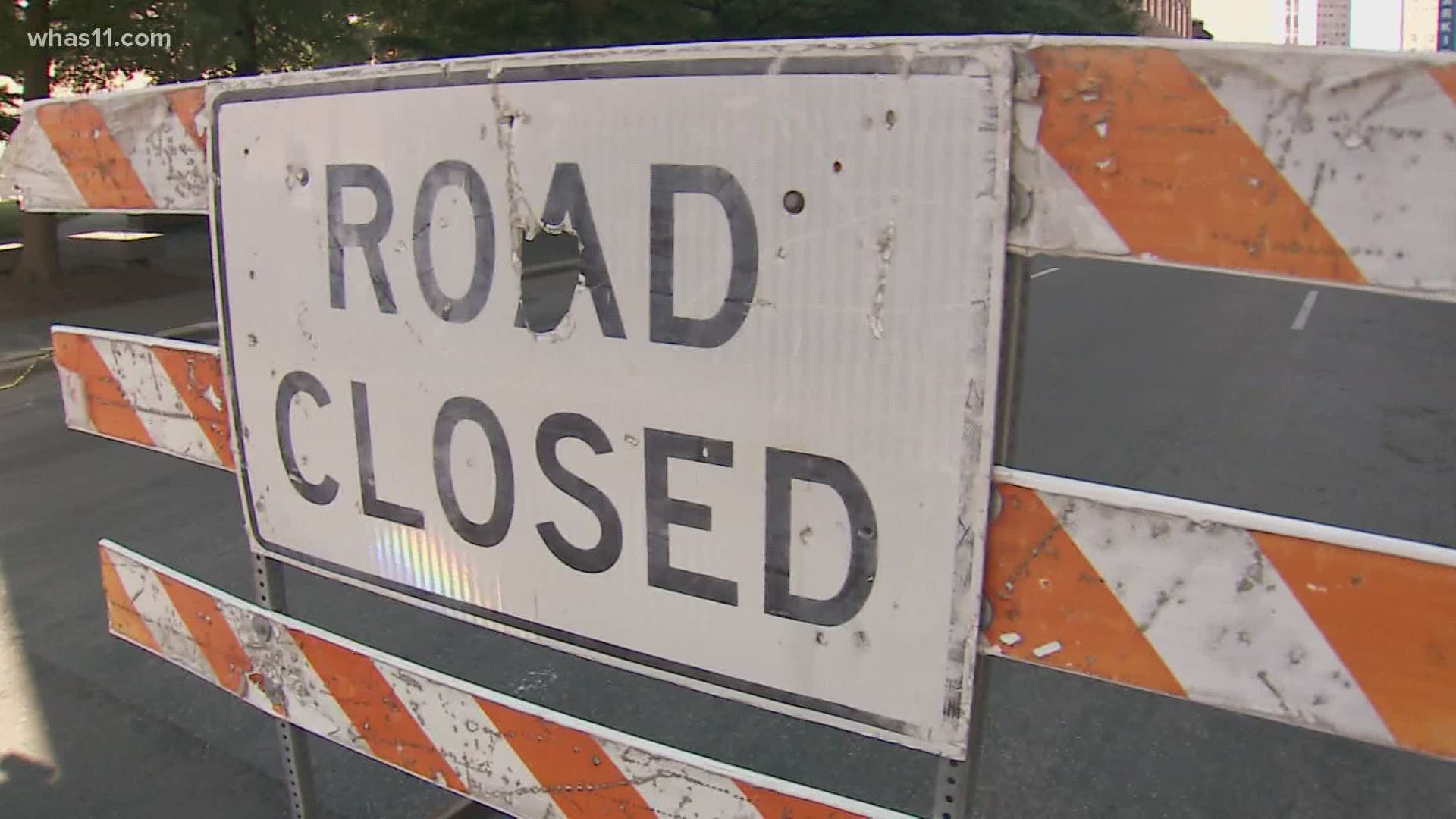 Some of the restrictions remain in place almost a week after the decision was announced.

Monday, Mayor Greg Fischer lifted the citywide curfew and said downtown traffic restrictions from LMPD will remain and "will be assessed on a daily basis over the coming days."

According to LMPD, these areas have barricades:

In a press conference, Interim Chief Schroeder acknowledged the inconvenience and frustration that the changes caused Tuesday morning, especially given the short notice. He also said people should still be able to get to work and visit downtown businesses.

"This is by no means intended to be a lockdown of the downtown area," he said.

According to the Louisville Downtown Partnership, there are eight access points to get in or out of downtown Louisville. LMPD said access will be provided for "legitimate business" at the following locations:

Out of downtown Louisville:

Interim Chief Schroeder said foot traffic will still be allowed in and around Jefferson Square Park and, to his knowledge, there were no restrictions to pedestrians in these areas.

Due to the road closures and traffic restrictions, several TARC routes had to be changed Tuesday morning, according to a press release from the transit service. All stops for routes, including TARC3, traveling between Broadway and River Road, and between 1st and 9th Street will be closed. The detours are in effect until further notice.

Passengers on the adjusted routes can find their nearest alternate stop on the TARC website. All other routes are expected to operate normally.

On Monday, LMPD interim chief Robert Schroeder announced a “state of emergency” for the entire department, in preparation of Attorney General Cameron’s decision. All off-day and vacation requests have been canceled until further notice.

The president of the Downtown Business Association, Rebecca Matheny, sent an email to downtown business owners Monday night with guidelines to follow. She encouraged the removal of any exterior objects outside of buildings, parking plans off streets, and employees to begin working remotely if possible.

“No parking” signs were set up Monday night throughout downtown Louisville by Public Works and the federal courthouse downtown is already closed this week as a decision in the case looms.

MORE ON THE BREONNA TAYLOR INVESTIGATION: