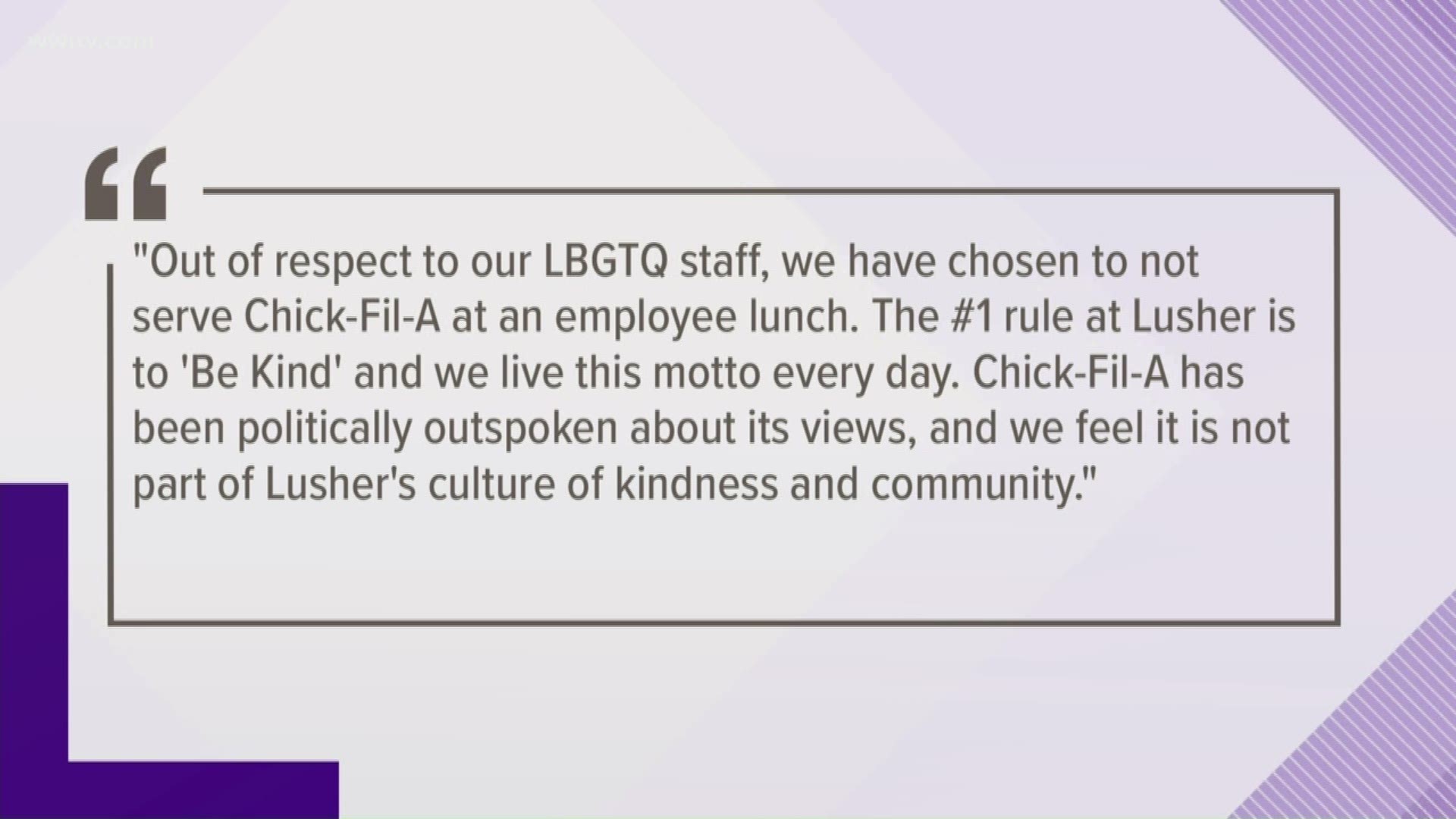 NEW ORLEANS — The principal of Lusher High School turned down a free lunch offered to the school's teachers by Chick-Fil-A "out of respect to our LGBTQ staff."

According to a statement from Dr. Steven Corbett, principal of Lusher High School, Chick-Fil-A's values don't align with the school's.

"Out of respect to our LGBTQ staff, we have chosen to not serve Chick-Fil-A at an employee lunch. The #1 rule at Lusher is to 'Be Kind' and we live this motto every day," Corbett said. "Chick-Fil-A has been politically outspoken about its views, and we feel it is not part of Lusher’s culture of kindness and community.”

The free lunch for Lusher High School is just one of many being given to Orleans Parish schools by the College Football Playoff Foundation.

According to Tony Fay with the CFPF, this meal is one of several things the foundation is doing to leave a positive impact on the New Orleans community for hosting the Sugar Bowl and College Football Championship.

According to Fay, the foundation will bring teachers food from another restaurant. He said he understands and respects their decision and is just "glad teachers will have a good lunch tomorrow."

Chick-fil-A has donated millions over the years to groups that oppose same-sex marriage. In 2012, the company's chief operating officer criticized same-sex marriage, prompting some politicians to block the chain from expanding in certain areas.