Richard Barnett, 60, of Gravette, Ark. turned himself in Friday morning. 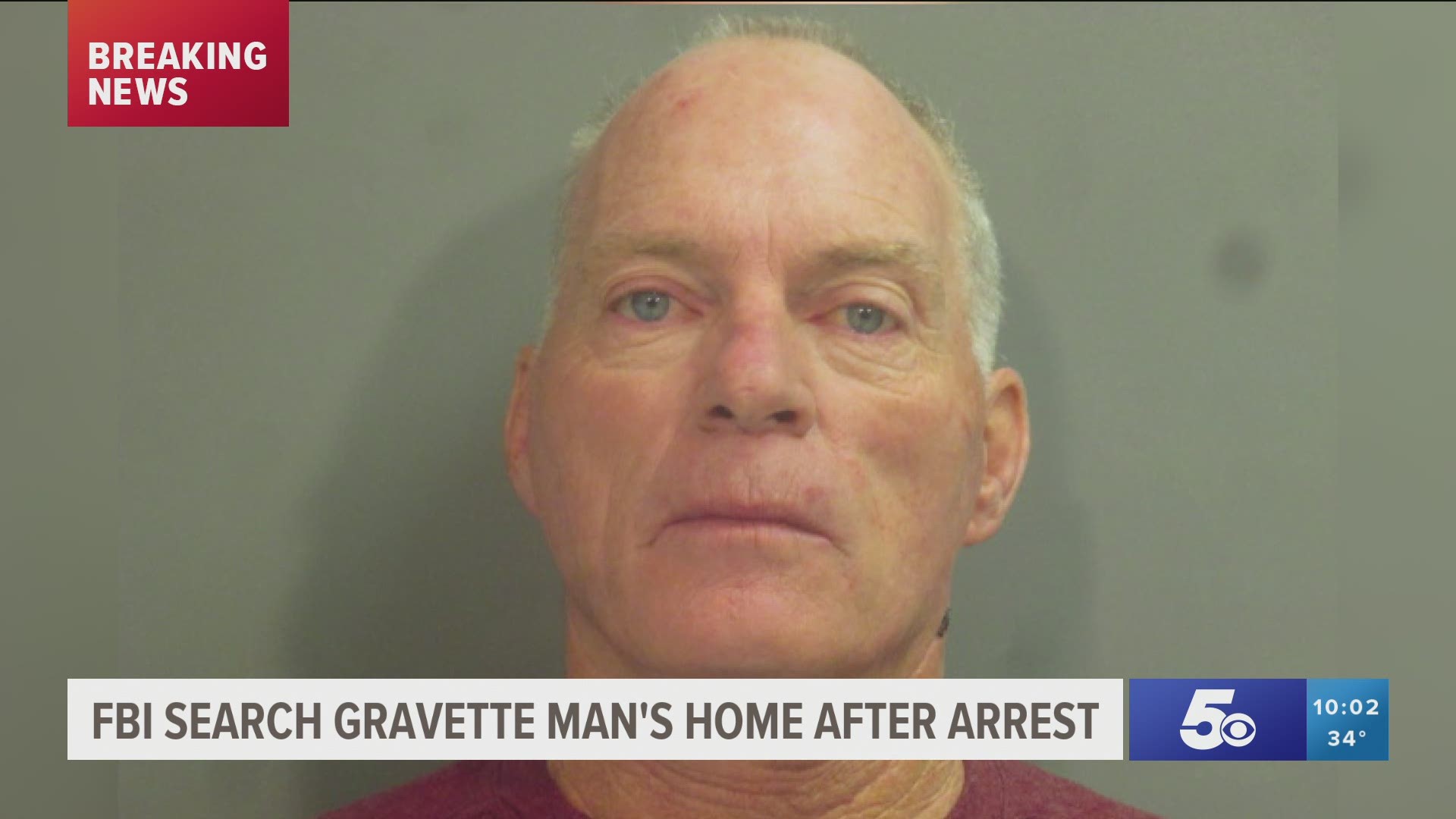 GRAVETTE, Ark. — According to the FBI, a man from Northwest Arkansas who stormed Capitol Hill with a mob of President Trump supporters has been arrested in Arkansas.

Richard Barnett, 60, of Gravette made national headlines Wednesday (Jan. 6) after he was seen with his foot on a desk in House Speaker Nancy Pelosi's office in the midst of a riot at the Capitol. He also took a letter from Speaker Pelosi's office and bragged about it outside the Capitol.

5NEWS spoke with Barnett on Wednesday. He showed no remorse for his actions at the Capitol.

According to Connor Hagan with the FBI, Barnett turned himself in at 10:00 a.m. Friday at the Benton County Sheriff's Office to FBI agents.

He was transferred to the Washington County Detention Center and booked.

The FBI searched Barnett's home in Gravette on Friday.

Barnett faces multiple charges from the United States D.C. Attorney's Office because of the alleged crimes that took place at the Capitol. His charges include Knowingly Entering or Remaining in any Restricted Building or Grounds Without Lawful Authority,  Violent Entry and Disorderly Conduct on Capitol Grounds and Theft of Public Money, Property, according to the United States Department of Justice.

“The shocking images of Mr. Barnett with his boots up on a desk in the Speaker of the House’s office on Wednesday was repulsive,” said Jeffrey A. Rosen, Acting Attorney General of the United States. “Those who are proven to have committed criminal acts during the storming of the Capitol will face justice.”

If convicted, Barnett faces a maximum penalty of one year in prison, according to the United States Justice Department.

It's not clear when he will appear in federal court. He will face a federal judge in the Western District of Arkansas federal court, and then will be transferred to Washington D.C.

Five people died due to the chaos at the Capitol on Wednesday, including a woman who was shot by police and a Capitol police officer who died due to injuries sustained during the riot.

Congress has certified the electoral votes, ensuring President-elect Joe Biden as the 46th president of the United States. He will be inaugurated on Jan. 20, 2021.

RELATED: VERIFY: If President Trump gets impeached and convicted or removed by 25th Amendment, can he run again?