Atlantans work to help Haitians at the U.S. border and at home

Meagan Henry of ATL4Haiti.com is in a hurry to raise money and supplies from donors in metro Atlanta to send directly to Haitians in desperate need. 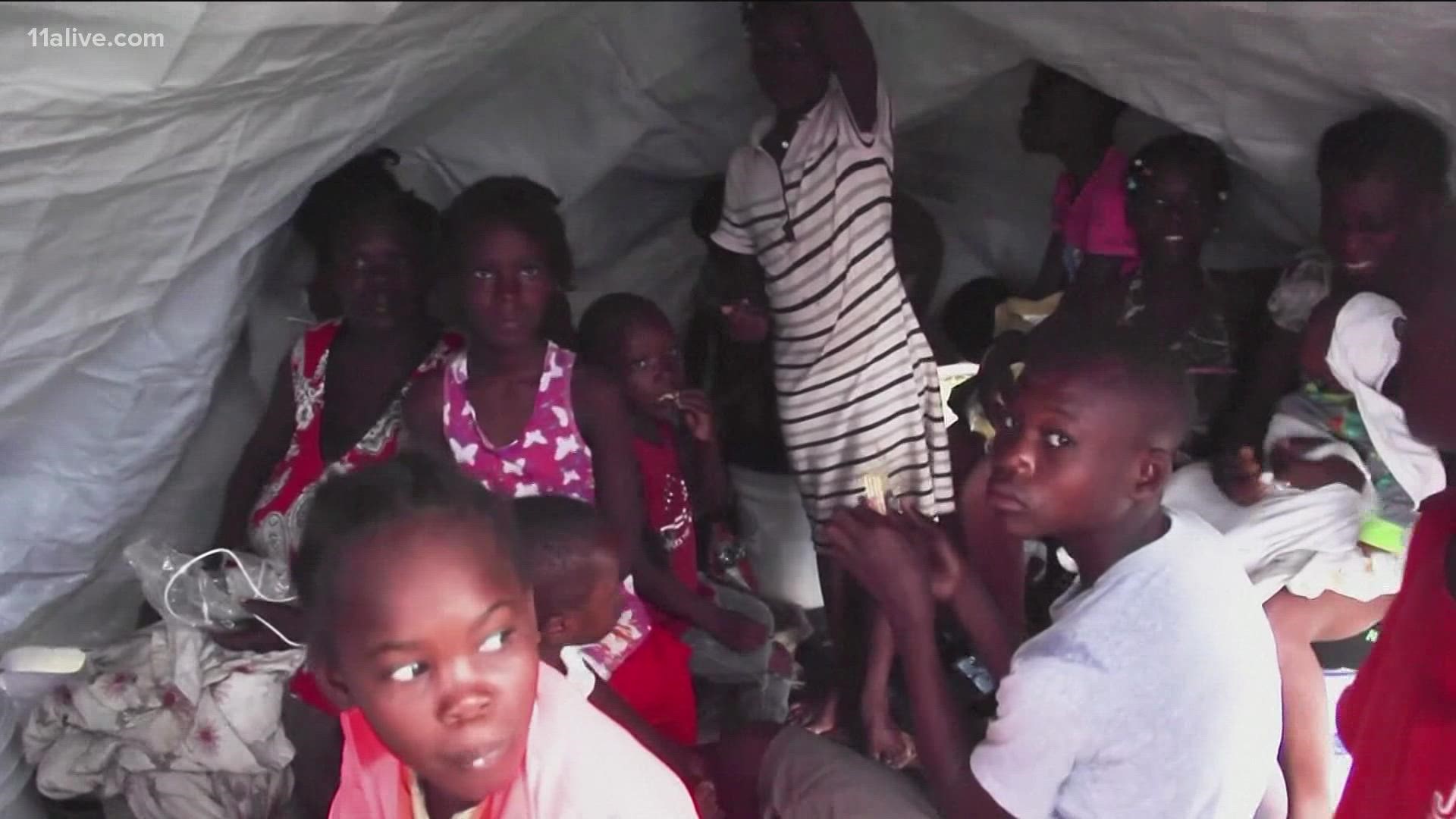 ATLANTA — Concern and compassion grows for the thousands of Haitians flooding across the U.S. border and crowding into Texas with nowhere to go.

Some  Atlantans who see the desperation and the tragedies are taking action.

Meagan Henry sees the mass of humanity -- Haitians streaming into the U.S. from Central America and Mexico -- with eyes that cry again and again.

She is is responding with a spirit of resolve to create change.

“I’m not waiting on anybody to tell me how to help my own people, and I don’t want you to wait, either,” she said, breaking into a hopeful smile. “Everybody can get involved.”

Henry is in a hurry to help not just the Haitians stranded at the U.S. border. Her goal is to get to the core of it all: to help save Haiti, the homeland of her husband and family and ancestors. It's a nation pounded and crushed by earthquakes, hurricanes, and political turmoil.

Henry founded and leads Atlanta 4 Haiti,  an organization collecting tons of supplies from donors in metro Atlanta. She will deliver the most recently donated essentials to Haiti in a few days, even as the U.S. flies Haitians at the U.S. border back to Haiti.

It is support the people of Haiti need, she said, to get back on their feet.

The warehouse space for all the supplies is being donated by the CEO and co-founder of Legacy Center in East Point, Jay Morrison.

“It’s heartbreaking to see the thousands of Haitian families who are at the border and trying to find a better way for a better life, to escape poverty, to escape oppression,” Morrison said Tuesday. “So our heart goes out to them, but so do our resources, our dollars, and whatever best efforts we can make to make their lives better as they look forward to recovery.

"We’re all one human-kind, first and foremost, and it’s a human crisis," Morrison added. " Secondly, as descendants of the African diaspora, we have to support our brothers and sisters in every part of the planet, right here from Atlanta.”

It is a crisis bigger even than U.S. immigration policies, Morrison and Henry said. It's drawing attention to the immense needs of the Haitians at the U.S. border, and of all of Haiti.