Michael Keen had been reported missing by his family on Monday. 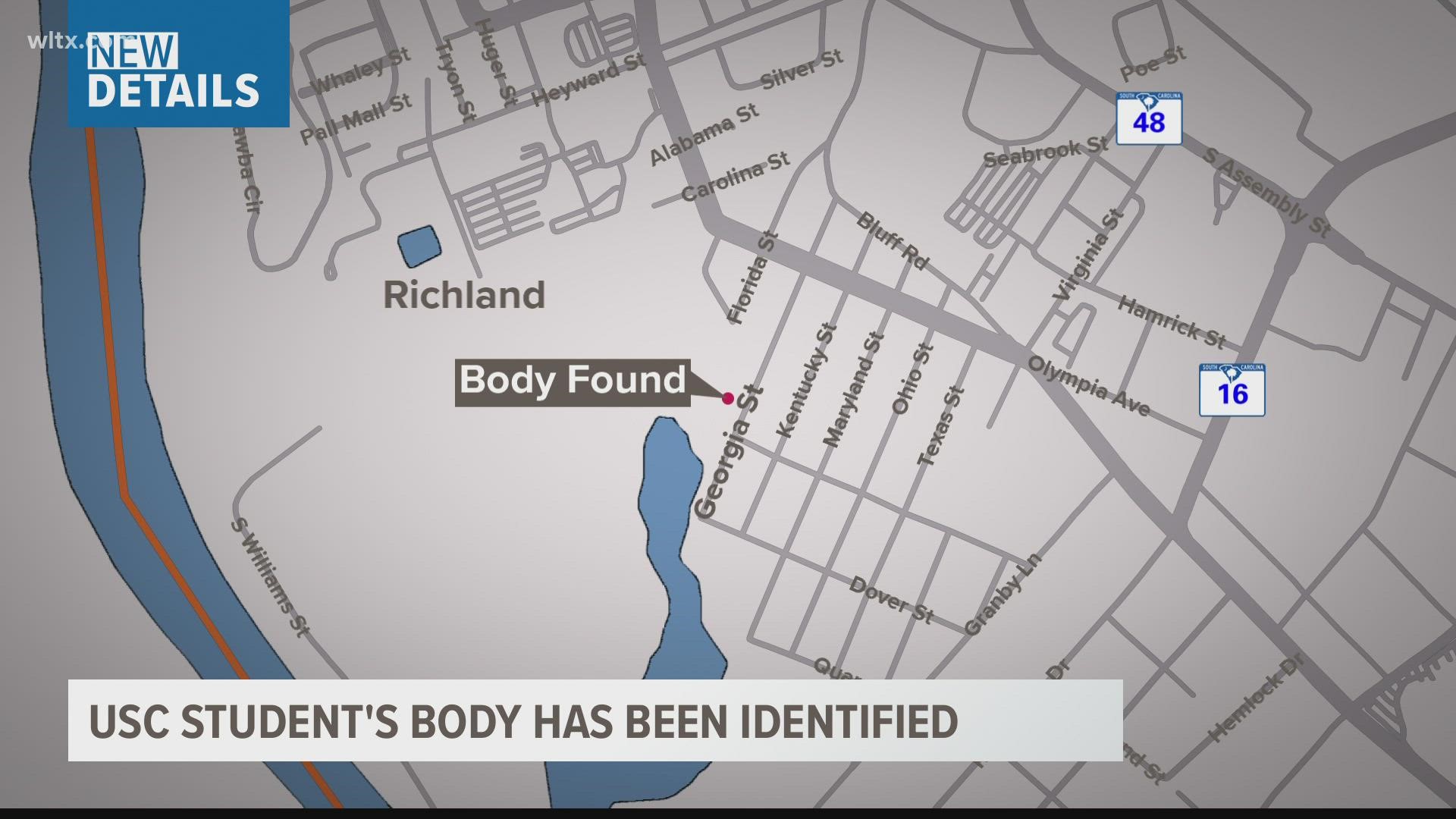 According to Coroner Naida Rutherford, Keen was discovered on Monday less than a mile from where the victim was reported missing.

“Our thoughts and prayers go out to Michael’s family, the USC family, and all affected by this tragedy," Rutherford said. " Michael was expected to graduate from the University in the next 3 weeks. His father referred to his son as his bestest buddy and his mother stated how she loves him very much. We are working with the Columbia Police Department to fully investigate this matter."

Keen, 22, was a senior majoring in finance at the school.

His body was found Monday at Vulcan Materials Company, which is a massive rock quarry in Columbia not far from Bluff Road. The body was discovered by a South Carolina Law Enforcement Division helicopter that was flying

Police say the man was reported missing on Sunday in an area not far from the quarry. Investigators say Keen's father last heard from him after Keen said he was leaving J's Corner Restaurant and Bar to walk home. That business is located on Rosewood Drive near where it meets Bluff Road, a short distance away from the State Fairgrounds.

Two people were found dead at this same rock quarry last year. Last year, a man died in a workplace related accident at the site. And in October of 2020, a University of South Carolina student was found dead after police say he hopped a fence at that location and fell, suffering an injury that killed him.