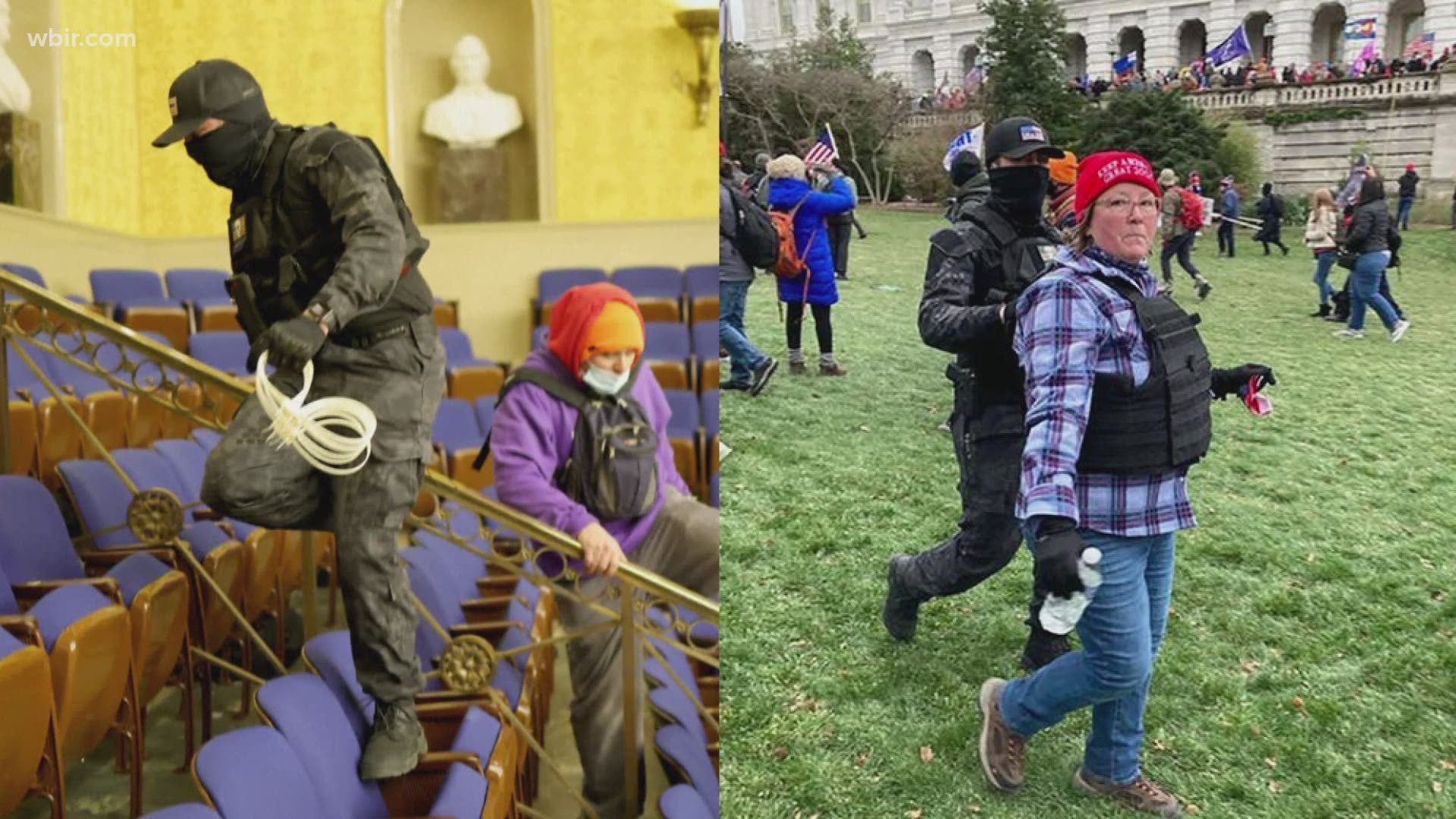 MANCHESTER, N.H. — Former Vice President Mike Pence said Thursday that he wasn’t sure that he and former President Donald Trump would ever see “eye to eye” over what happened on Jan. 6 but that he would “always be proud of what we accomplished for the American people over the last four years.”

Pence, speaking at a Republican dinner in the early-voting state of New Hampshire, gave his most extensive comments to date on the events of Jan. 6, when angry Trump supporters stormed the Capitol, some chanting “Hang Mike Pence!” after the vice president said he did not have the power to overturn Democrat Joe Biden’s election victory.

“As I said that day, Jan. 6 was a dark day in history of the United States Capitol. But thanks to the swift action of the Capitol Police and federal law enforcement, violence was quelled. The Capitol was secured,” Pence said.

“And that same day, we reconvened the Congress and did our duty under the Constitution and the laws of the United States," Pence continued. “You know, President Trump and I have spoken many times since we left office. And I don’t know if we’ll ever see eye to eye on that day."

It was a rare departure for Pence, who spent four years standing loyally beside his boss amid controversy, investigation and impeachment. It comes as Pence considers his own potential 2024 White House run and as Republicans, some of whom were angry at Trump in the days after the Jan. 6 insurrection, have largely coalesced back around the former president.

Pence praised Trump several times during his nearly 35-minute speech at the Hillsborough County Republican Committee’s annual Lincoln-Reagan Awards Dinner in Manchester. He tried to turn the events of Jan. 6 back around on Democrats, saying they wanted to keep the insurrection in the news to divert attention from Biden's liberal agenda.

He accused Biden of campaigning as a moderate but becoming the most liberal president since Franklin D. Roosevelt. He said the administration forced through Congress “a COVID bill to fund massive expansion of the welfare state” and was pushing a “so-called infrastructure bill” that was really a “thinly disguised climate change bill” funded with cuts in the military and historic tax increases.

“I just say enough is enough,” he said, adding that “we’re going to stand strong for freedom.”

Pence also hit upon several favorite themes of conservative Republicans, emphasizing the need for states to shore up voter integrity around the country. He praised law enforcement as heroes, saying: “Black lives are not endangered by police. Black lives are saved by police every day.”

He also pushed back against “critical race theory,” which seeks to reframe the narrative of American history.

Its proponents argue that federal law has preserved the unequal treatment of people on the basis of race and that the country was founded on the theft of land and labor. But Republicans have said concepts suggesting that people are inherently racist or that America was founded on racial oppression are divisive and have no place in the classroom.

“America is not a racist country,” he said, prompting one of several standing ovations and cheers during his speech.

“It is past time for America to discard the left-wing myth of systemic racism,” Pence said. “I commend state legislators and governors across the country for banning critical race theory from our schools.”

His choice of states, including an April appearance in South Carolina, is aimed at increasing his visibility as he considers whether to run for the White House in 2024.

Trump is increasingly acting and talking like he plans to make a run as he sets out on a more public phase of his post-presidency, beginning with a speech on Saturday in North Carolina.

Since leaving office in January, Pence has been doing work with the Heritage Foundation and Young America’s Foundation. His team said he plans more trips, including stops in Texas, California and Michigan.

Along with his visits to South Carolina and New Hampshire, Pence has been hitting the fundraising circuit. He is set to speak next week at another fundraiser hosted by House Minority Leader Kevin McCarthy, will travel to North Carolina for a Heritage Foundation donor event, and will then head to California, where he will take part in the Ronald Reagan Presidential Foundation and Institute’s speakers’ series, a Republican National Committee donor retreat and a Young America’s Foundation event, according to aides.

Among other prominent Republicans, former U.N. Ambassador Nikki Haley said in April that she would stand down if Trump decided to run in 2024. Former Secretary of State Mike Pompeo has undertaken an aggressive schedule, visiting states that will play a pivotal role in the 2024 primaries and signing a contract with Fox News Channel.