'His spirit was so beautiful': Muhammad Ali's caregiver breaks silence on caring for 'Greatest of All Time' 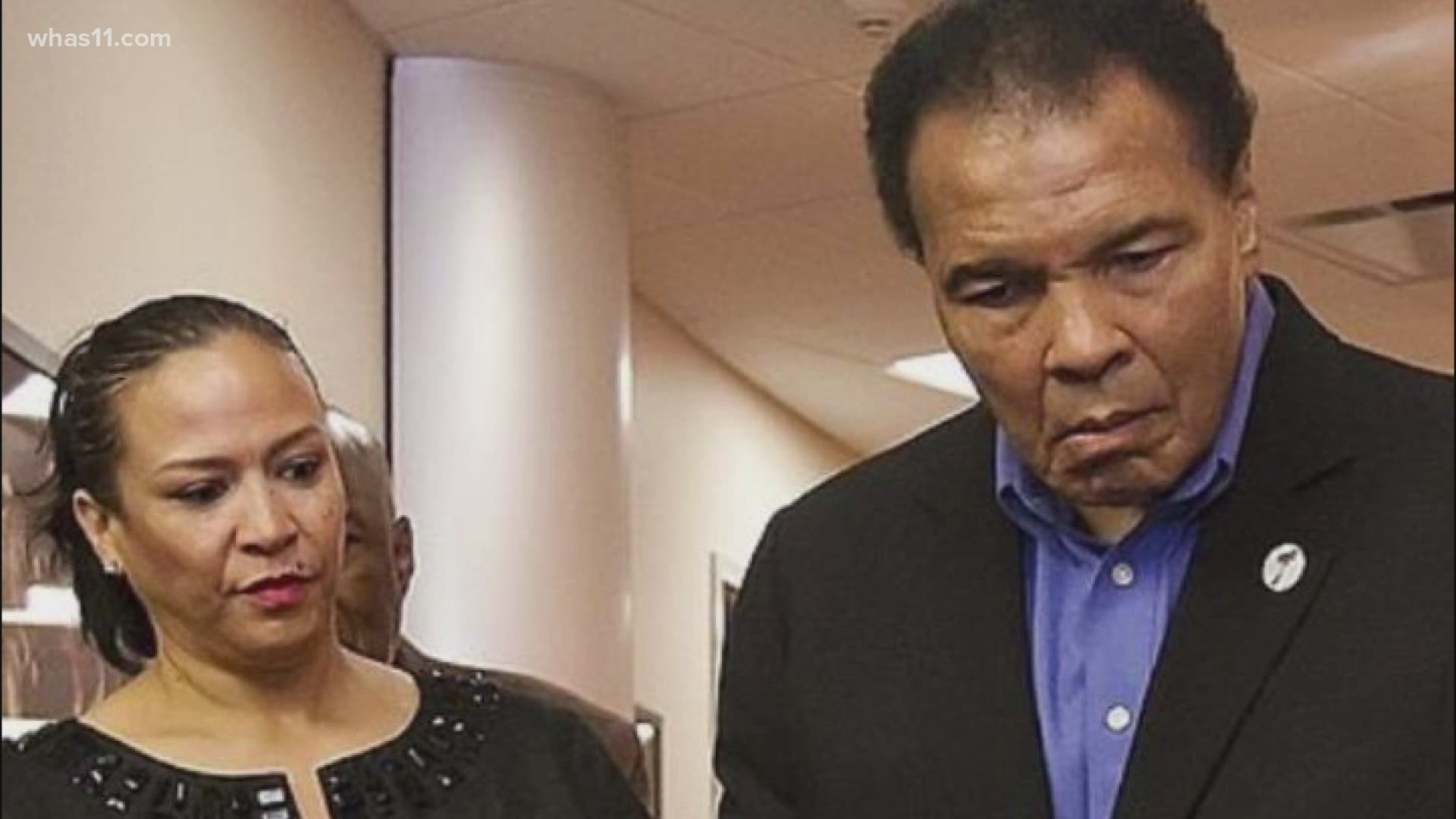 LOUISVILLE, Ky. — On Sunday, Muhammad Ali would have been 79.

On June 3rd, 2016 Ali passed away and thousands lined the streets of Louisville to thank the champ who was not only a boxing champion but an activist and philanthropist respected by many across the world.

For the first time, in an exclusive interview, WHAS11 talked to the person who was his childhood friend, caregiver and sister-in-law. You saw her in many photos over the years.

Now, Whas11’s Sherlene Shanklin tells you her story of the Champ you didn't know.

Their families were very close. As a child, she looked up to him as a big brother having no idea that years later she would call him her brother-in-law.

Prior to working with family, she was a successful entrepreneur owning her own salon and then worked at the Ford Plant right here in Louisville.

So, when Lonnie was looking for someone to help with their business affairs and later assist Ali and with his Parkinson’s diagnosis, Marilyn was the perfect choice to be his caregiver while some even thought she was their bodyguard.

“I was his security because if you got close to Muhammad you were in trouble if you weren’t supposed to be there,” said Williams.

People always asked, could he speak after being diagnosed with Parkinson's? Williams said, “Muhammad could smile, stars eyes would just sparkle and he talked a lot with his eyes, he talked with his voice, his hands. He definitely got his message across.”

Anytime 'the Champ' could get home he did and Marilyn shared this fond memory.

“Muhammad loved Louisville. You say Louisville if I was working and I said I was going on vacation. Where are you going? I said I’m going to Louisville. I wanna go.”

I also asked Williams could she tell me something about Ali people didn’t know. She sighs before answering--“Muhammad and Lonnie will say this too. He had a kind and loving heart. He saw nothing wrong with no one. He would be with kings and queens, presidents and then turn around and be with the poorest person on this earth or the sickest person on this earth. It didn’t matter to him. He loved all."

To see everything happening in Louisville sometimes even along the street that bears his name and across the country how does that make you feel?

“Well I can’t actually speak for Muhammad because he can speak for himself but a few things he taught me and that was respect for all mankind. One thing I asked him, I was always asking him questions when I was younger growing up and he told me that there’s good and bad in every race and every religion. There’s good and bad,” Williams said.

The final question of the interview I had to ask what she misses the most about the GOAT?

With tears in her eyes, she responded by saying “His eyes, his kindness, his spirit, his spirit was so beautiful. To be around him he gave you energy. Even if there was a gray day outside he made the sunshine.”

I had to use the video one more time of Louisville’s own, the man who had no problem telling you “I’m still the greatest!!!”