What's happening now is just what climate scientists anticipated 10 or 20 years ago and they say it's going to get worse. 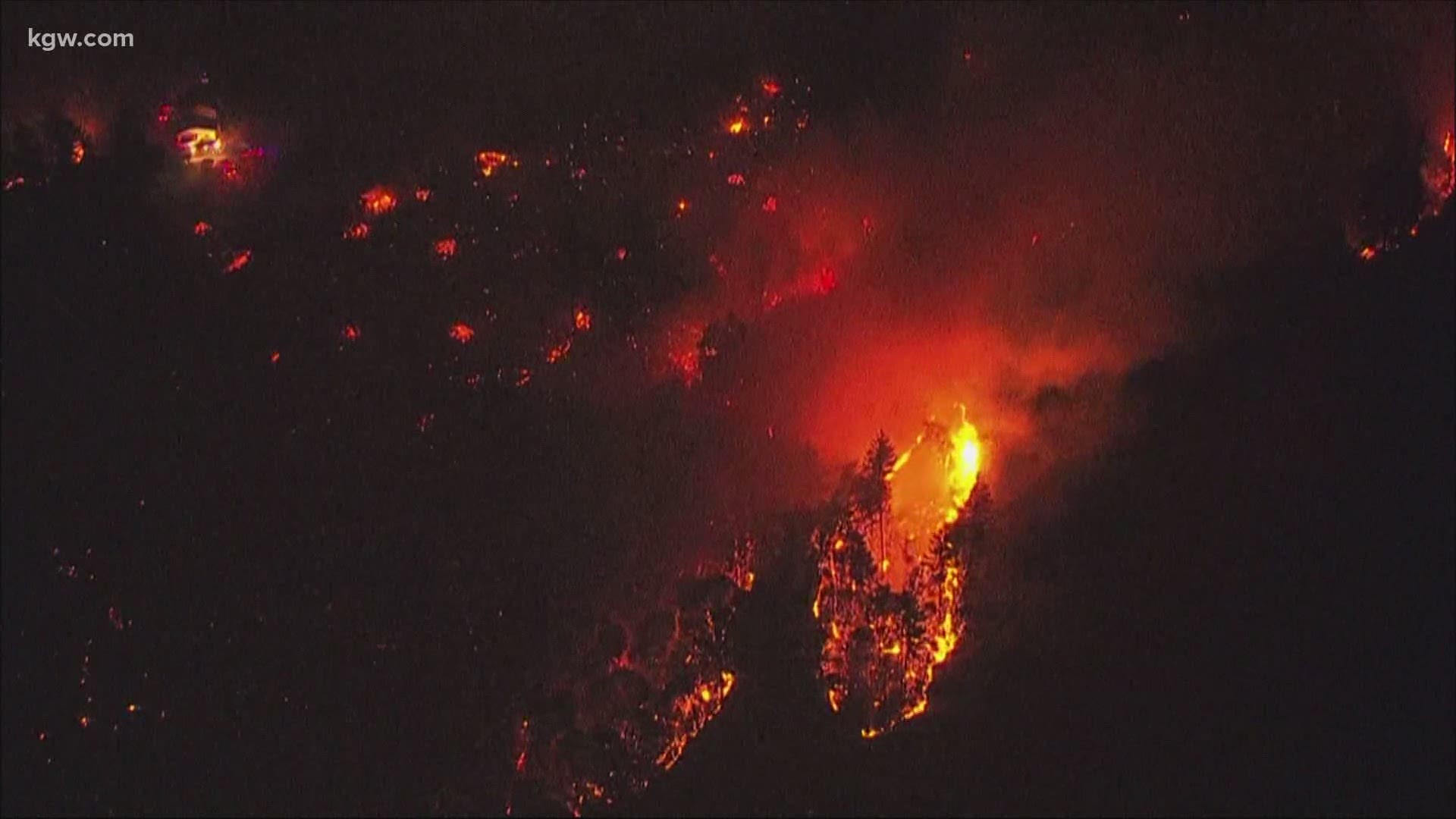 A record amount of California is burning, spurred by a nearly 20-year mega-drought. To the north, parts of Oregon that don’t usually catch fire are in flames.

Meanwhile, the Atlantic’s 16th and 17th named tropical storms are swirling, a record number for this time of year. Powerful Typhoon Haishen lashed Japan and the Korean Peninsula this week. Last month it hit 130 degrees in Death Valley, the hottest Earth has been in nearly a century.

Phoenix keeps setting triple-digit heat records, while Colorado went through a weather whiplash of 90-degree heat to snow this week. Siberia, famous for its icy climate, hit 100 degrees earlier this year, accompanied by wildfires. Before that Australia and the Amazon were in flames.

Amid all that, Iowa's derecho — bizarre straight-line winds that got as powerful as a major hurricane, causing billions of dollars in damages — barely went noticed.

Freak natural disasters — most with what scientists say likely have a climate change connection — seem to be everywhere in the crazy year 2020. But experts say we’ll probably look back and say those were the good old days, when disasters weren’t so wild.

“It’s going to get A LOT worse,” Georgia Tech climate scientist Kim Cobb said Wednesday. “I say that with emphasis because it does challenge the imagination. And that’s the scary thing to know as a climate scientist in 2020.”

That’s because what's happening now is just the type of crazy climate scientists anticipated 10 or 20 years ago.

“It seems like this is what we always were talking about a decade ago,” said North Carolina State climatologist Kathie Dello.

University of Michigan environment dean Jonathan Overpeck, a climate scientist, said that in 30 years because of the climate change already baked into the atmosphere “we’re pretty much guaranteed that we’ll have double what we have now.”

“The kind of things we’re seeing are no surprise to the (scientific) community that understands the rules and the laws of physics,” Abdalati said.

Consider the world’s environment like an engine: “We have injected more energy into the system because we have trapped more heat into the atmosphere,” said World Meteorological Organization Secretary-General Petteri Taalas.

That means more energy for tropical storms as well as changes to rainfall patterns that bring drought to some places and heavy rainfall to others, Taalas said.

In California, where more than 2.3 million acres have burned, the fires are spurred by climate change drying plants and trees that then go up in flames, said University of Colorado fire scientist Jennifer Balch. California is in the midst of a nearly 20-year mega-drought, the first of its kind in the United States since Europeans arrived, Overpeck said.

Some disasters at the moment can’t be directly linked to man-made warming, such as the derecho, Overpeck said. But looking at the big picture over time shows the problem, and it’s one that comes down to the basic physics of trapped heat energy.

“I am not an alarmist. I don’t want to scare people,” Abdalati said. “It’s a problem with tremendous consequences and it’s too important not to get right.”

And so even though the climate will likely get worse, Overpeck is also optimistic about what future generations will think when they look back at the wild and dangerous weather of 2020.

“I think we’ll look back and we’ll see a whole bunch of increasingly crazy years,” Overpeck said. “And that this year, in 2020, I hope we look back and say it got crazy enough that it motivated us to act on climate change in the United States.”