Reports: Lakers, Clippers vote to cancel NBA playoffs, others vote to play on

The vote comes after a day when teams across 4 leagues postponed games in solidarity after Sunday's police shooting of Jacob Blake in Wisconsin. 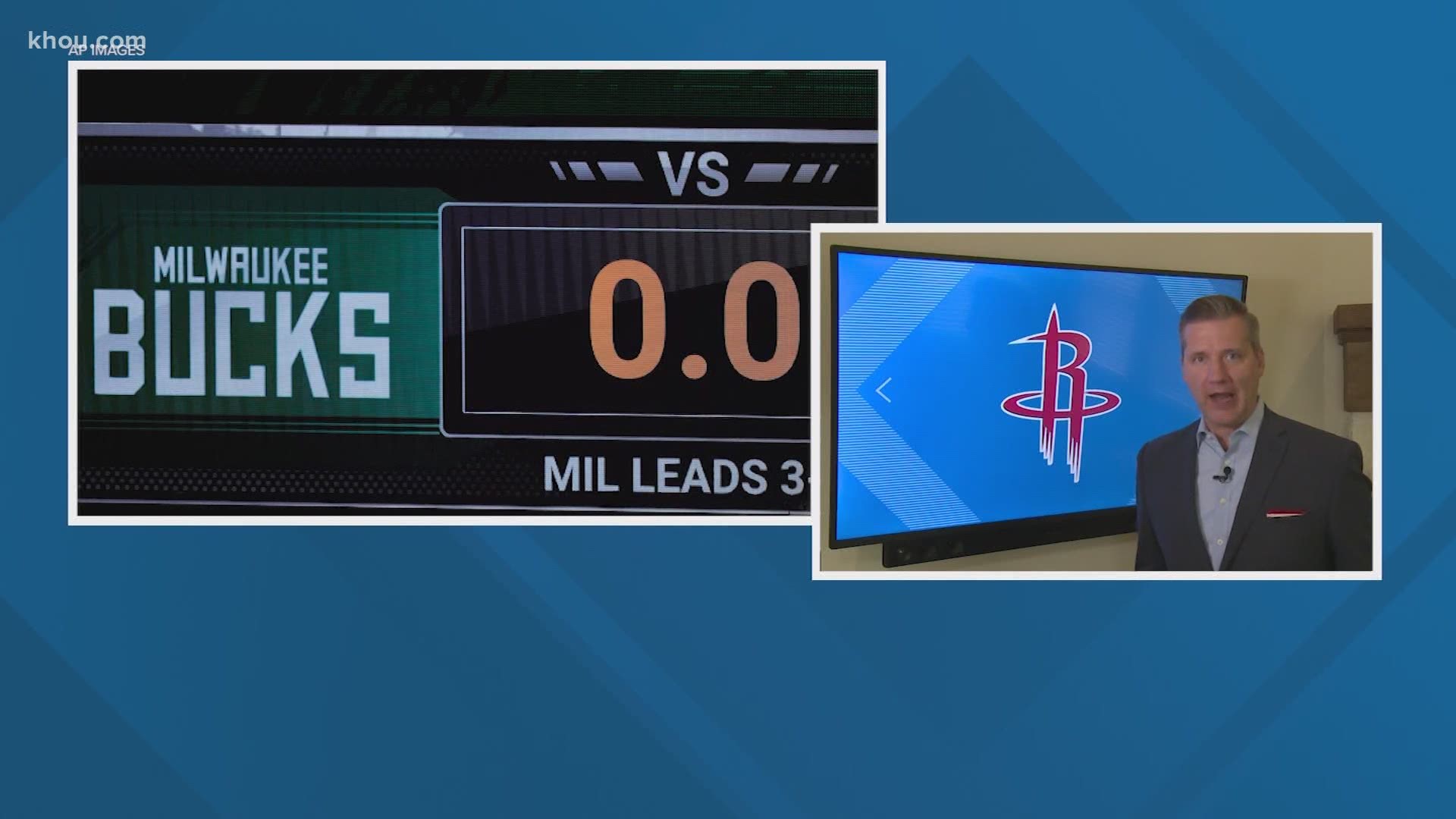 WASHINGTON, D.C., USA — Multiple news outlets are reporting that players with the Los Angeles Lakers and Los Angeles Clippers voted in favor of canceling the remainder of the NBA playoffs Wednesday, although players on other teams voted to keep playing. It's not clear what it will mean for the league going forward.

The decision comes after a day where teams across four professional sports leagues postponed games in solidarity after police shot a Black man seven times in the back on Sunday.

Sources: The Lakers and Clippers have voted to boycott the NBA season. Most other teams voted to continue. LeBron James has exited the meeting.

ESPN's Adrian Wojnarowski had a different take, saying sources indicated the vote by the teams was seen as more of a poll than a final decision.

The Clippers and Lakers voting on perhaps not continuing with the season was considered more of a polling, than a final vote, sources tell ESPN. The resumption of the playoffs remains still up in the air.

Over the course of several hours before that vote Wednesday, there was an unprecedented display of frustration, defiance and unity across four sports leagues. A total of 14 contests across the NBA, WNBA, MLB and MLS were postponed.

It started when the Milwaukee Bucks, who play some 50 miles from Kenosha, Wis., where Sunday's shooting of Jacob Blake happened, decided not to play Game 5 of its series with the Orlando Magic. Blake, 29, was shot seven times in the back as he leaned into his SUV, with three of his children seated inside. Blake's family and lawyer said it would “take a miracle” for him to walk again.

The NBA's other two playoff games -- Houston vs. Oklahoma City and Los Angeles Lakers vs. Portland -- were also postponed.

The NBA says the move was "in light of the Milwaukee Bucks’ decision to not take the floor today for Game 5 against the Orlando Magic." The Bucks players reportedly formalized the decision not to play pregame.

While Orlando's team appeared to want to play, they eventually returned to their locker room. The Magic were out on the court warming up, but the Bucks still had not emerged by game time. The boycott was all but certain when the Orlando players left the floor moments before tip-off.

Not long after, the Milwaukee Brewers and Cincinnati Reds announced their game was postponed. The Seattle Mariners and San Diego Padres followed suit. The Mariners have the most Black players of any team. The L.A. Dodgers and San Francisco Giants also postponed their game.

The WNBA also postponed its slate of three games. Washington vs. Atlanta, Minnesota vs. Los Angeles and Connecticut vs. Phoenix will be rescheduled.

“We stand in solidarity with our brothers in the NBA, and will continue this conversation with our brothers and sisters across all leagues and look to take collective action,” Atlanta Dream player Elizabeth Williams, the secretary of the players' union, said in a statement read on ESPN.

The Mystics came into the arena wearing shirts that spelled out Blake’s name on the front and had holes in the back to signify the seven times Blake was shot.

In the MLS, the Atlanta United and Inter Miami stood together in solidarity before calling off the match.

Inter Miami and Atlanta United stand together in solidarity as they boycott their match tonight. pic.twitter.com/AuJDSbNvQ1

All three NHL games Wednesday went on as scheduled.

The Boston Celtics and Toronto Raptors have been discussing since Tuesday whether to play their first game of the Eastern Conference semifinals on Thursday.

"WE DEMAND CHANGE. SICK OF IT," Lakers star LeBron James tweeted shortly after the Bucks chose not to play.

Bucks executive Alex Lasry spoke out in support of his team, saying on Twitter that, "Some things are bigger than basketball. The stand taken today by the players and org shows that we’re fed up. Enough is enough. Change needs to happen. I’m incredibly proud of our guys and we stand 100% behind our players ready to assist and bring about real change."

Credit: AP
An empty court and bench are shown before the start of a scheduled game between the Milwaukee Bucks and the Orlando Magic for Game 5 of an NBA basketball first-round playoff series, Wednesday, Aug. 26, 2020, in Lake Buena Vista, Fla. (Kevin C. Cox/Pool Photo via AP)

The NBA and WNBA have been playing their restarted seasons in Florida during the COVID-19 pandemic.

The officer who shot Blake was identified as a seven-year veteran of the Kenosha Police Department, the state Department of Justice said Wednesday.

Officer Rusten Sheskey shot Blake, 29, while holding onto his shirt after officers first unsuccessfully used a Taser and as Blake leaned into his vehicle during an incident Sunday evening, the agency’s news release said.

State agents later recovered a knife from the driver’s side floorboard of the vehicle, the release said. A search of the vehicle located no additional weapons.

No charges were announced and the state Department of Investigation was continuing to investigate.

The shooting was captured on cellphone video and has ignited new protests in the U.S. three months after the death of George Floyd under the knee of a Minneapolis police officer. Floyd's death, as well as those of Breonna Taylor, Amahud Arbery and other Black people, sparked a summer of unrest nationwide over racial injustice.

Game balls are being put away, as the Bucks decide to boycott game 5 against the Magic. pic.twitter.com/Cy32q2CJH7

All games are postponed, and Game 5 of each series will be rescheduled, NBA says.