The NBA has suspended its season 'until further notice' after a Utah Jazz player tested positive Wednesday for the coronavirus. 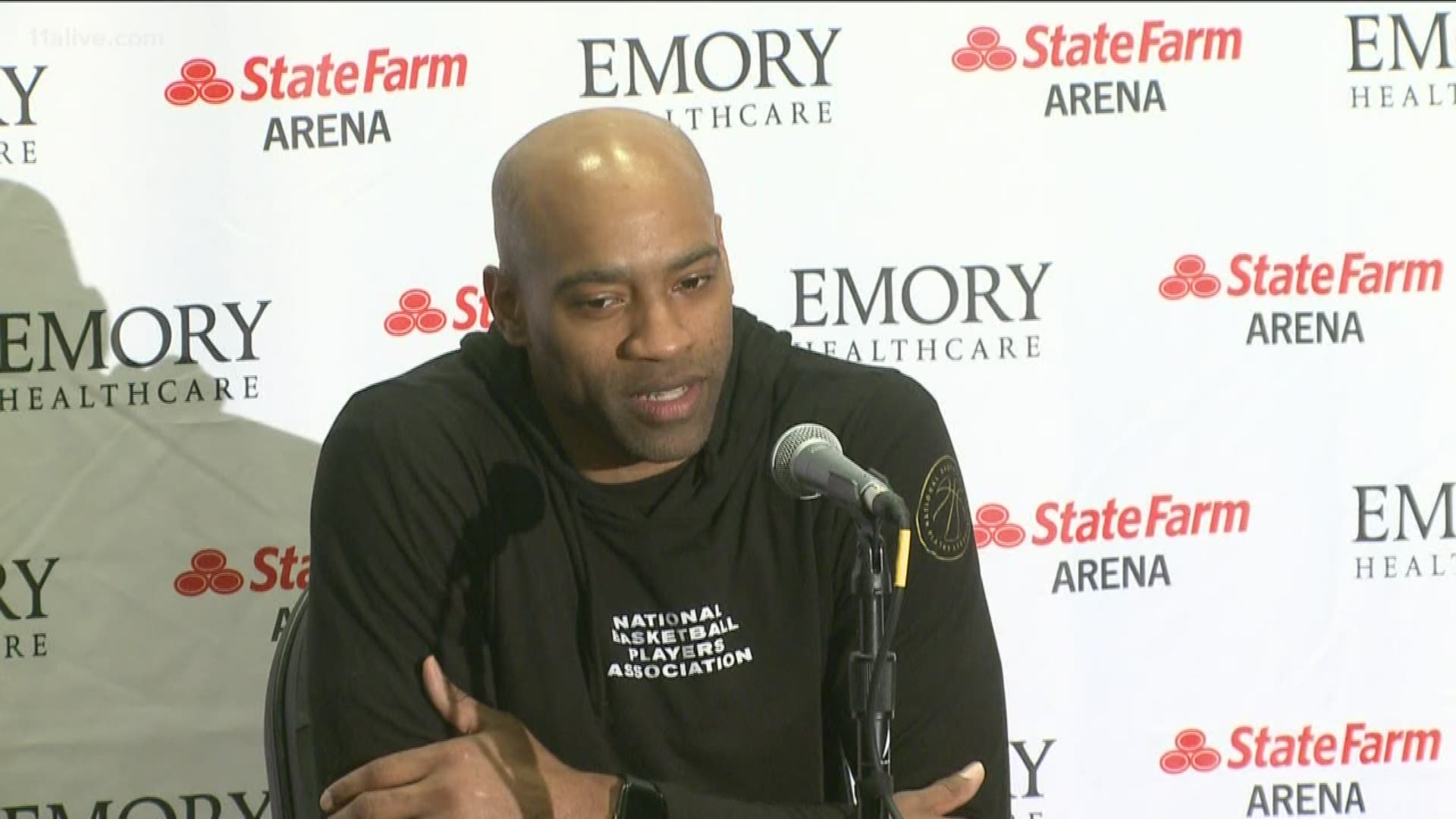 NEW YORK — The NBA is suspending its season after Wednesday night’s games until further notice because of the coronavirus concerns.

The NBA has suspended its season “until further notice" after a Utah Jazz player tested positive Wednesday for the coronavirus, a move that came only hours after the majority of the league's owners were leaning toward playing games without fans in arenas.

Now there will be no games at all, at least for the time being.

A person with knowledge of the situation said the Jazz player who tested positive was center Rudy Gobert. The person spoke to The Associated Press on condition of anonymity because neither the league nor the team confirmed the presumptive positive test.

The Jazz were set to play on the road against the Oklahoma City Thunder on Wednesday until games were postponed. Players were reportedly being tested for the virus.

In a statement, the Jazz said that a player who tested negative for influenza, strep throat and an upper respiratory infection had tested positive for COVID-19. The team didn't name the player but said the decision to test for the coronavirus came after the negative tests Wednesday morning for the other illnesses. The preliminary positive for the virus came back right before tip-off. The player is under the care of health officials in Oklahoma City.

Dallas Mavericks owner Mark Cuban said on ESPN that hourly arena workers will have a program organized while the games are suspended.

The NBA had released a statement announcing the season's suspension:

"The NBA announced that a player on the Utah Jazz has preliminarily tested positive for COVID-19. The test result was reported shortly prior to the tip-off of tonight’s game between the Jazz and Oklahoma City Thunder at Chesapeake Energy Arena. At that time, tonight’s game was canceled. The affected player was not in the arena.
The NBA is suspending game place following the conclusion of tonight’s schedule of games until further notice. The NBA will use this hiatus to determine next steps for moving forward in regard to the coronavirus pandemic."

RELATED: President Trump suspends travel between US and Europe for 30 days over coronavirus

Credit: AP
An usher at the Wells Fargo Center holds a Stop sign during an NBA basketball game between the Philadelphia 76ers and the Detroit Pistons, Wednesday, March 11, 2020, in Philadelphia. (AP Photo/Matt Slocum)

This is a developing story that will be updated.