Nearly half a billion animals impacted by Australia wildfires

The monstrous scale of the devastation is difficult to comprehend – and the flames are still spreading. 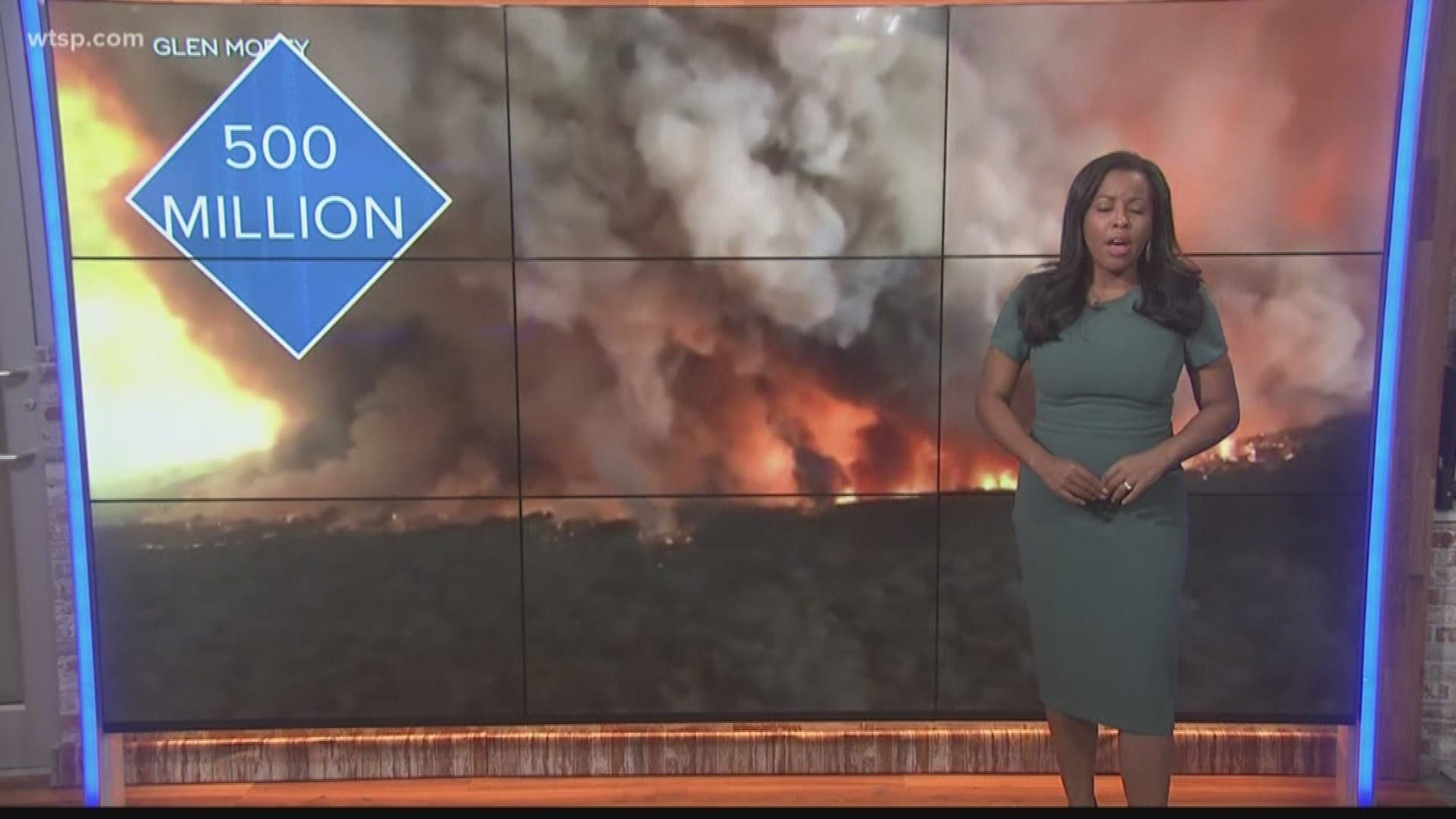 NEW SOUTH WALES, Australia — More than a thousand homes are destroyed, and some of the world’s most beautiful scenery is scorched – but Australia’s animals are experiencing the worst of the devastation.

The horrifying brush fires racing across New South Wales and Victoria have impacted nearly half a billion mammals, birds and reptiles, according to ecologists at the University of Sydney.

Sydney News & Life reports the estimates are as high as 480 million. Many of the animals have been killed. For perspective, that’s almost 50 percent more than the human population of the United States.

"That's not to say that the 480 million have all died as a consequence of the fires because some things are going to be mobile - birds will fly away and come back," Professor Chris Dickman explained to 7News. "Some reptiles, like lizards, would perhaps go underground."

In southwest Australia, where the fires are burning out of control, some species are proving to be particularly vulnerable. At least 8,000 koalas have died as a direct result of the impenetrable smoke and flames.

About 30 percent of all koalas in the area are already gone, according to a report from The Independent.

Credit: AP
FIEL - In this image made from video taken on Dec. 22, 2019, and provided by Oakbank Balhannah CFS, a koala drinks water from a bottle given by a firefighter in Cudlee Creek, South Australia. Thousands of koalas are feared to have died in a wildfire-ravaged area north of Sydney, further diminishing Australia's iconic marsupial, while the fire danger accelerated Saturday, Dec. 28, 2019 in the country’s east as temperatures soared. (Oakbank Balhannah CFS via AP, File)

Kangaroos are fairing slightly better, but the ones who manage to get away are struggling to survive in a habitat left charred by the towering walls of flames.

Thousands of people are facing a heartbreaking reality as their homes catch fire and burn to the ground. BBC reports at least eight people have been killed, and more are missing.

Mandatory evacuations are forcing tens of thousands from their homes, and state leaders are telling entire towns all hope of being spared from the onslaught is lost.

How you can help

You can make a donation to the Australia Zoo Wildlife Warriors.

The Australian Red Cross has set up a donation page to help people who have evacuated. The organization said it's helped more than 13,000 Australians since July.

There's also the WIRES Wildlife Rescue Line, which is an emergency line for reporting and rescuing wild Australian animals in trouble.

Editor's Note: A previous version of this story said as many as 480 million animals had been killed, which was reported by The Independent and other outlets. A professor behind the number has since clarified that while an estimated 480 million animals have been affected, they're not all necessarily dead yet. The story has been updated to reflect the newest information from that academic. Since then, the University of Sydney has also released a statement about the situation. Professor Chris Dickman said that figure is based on a 2007 report for the World Wild Fund for Nature on the impacts of land clearing in New South Wales. The university said the true number of deaths is likely to be much higher than current estimates -- when all is said and done.