Ash and other fallout from Monday's eruption has made the sea near the island toxic and divers have to be washed clean after every completed dive. 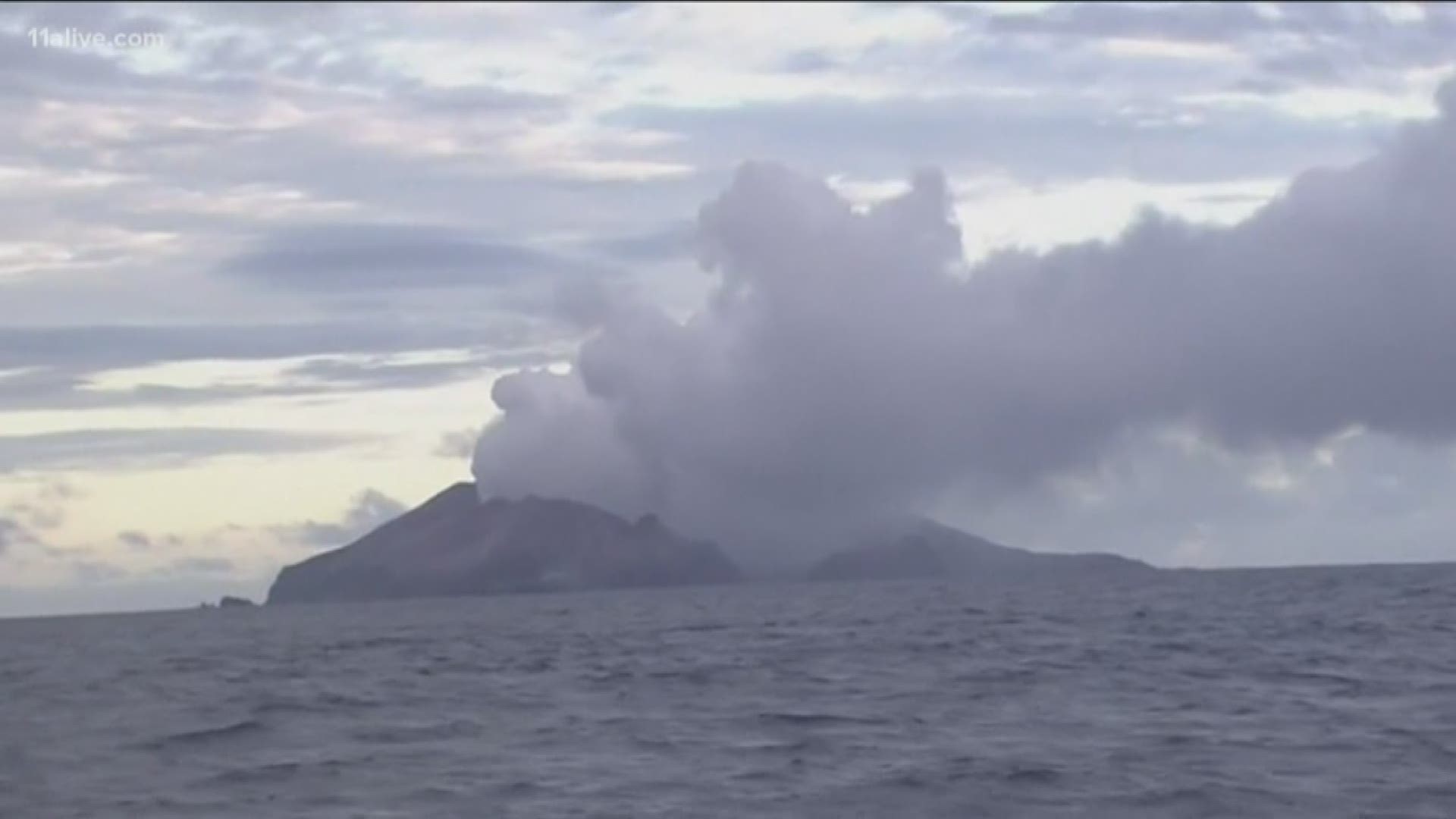 Police divers working in near zero visibility in contaminated waters around New Zealand's volcanic White Island are trying to find the remaining two victims of an eruption that left at least 16 dead and dozens severely burned.

Ash and other fallout from Monday's eruption has made the sea near the island toxic and divers have to be washed clean after every completed dive.

Six bodies were recovered from the island in a risky operation on Friday, according to the Associated Press. The operation was carried out by bomb disposal experts in hazmat suits.

Police released the name of the first confirmed fatality Saturday, 21-year-old Krystal Eve Browitt of Australia, according to multiple reports.

Forty-seven tourists were on the island when the eruption happened, including nine Americans. Pratap and Mayuri Singh from Atlanta were confirmed Saturday to be among survivors, according to AP. They are recovering from burns at a New Zealand hospital.

Prime Minister Jacinda Ardern called on New Zealanders to observe a minute's silence in memory of the victims on Monday.

“Wherever you are in New Zealand or around the world, this is a moment we can stand alongside those who have lost loved ones in this extraordinary tragedy,” Ardern said, via AP. “Together we can express our sorrow for those who have died and been hurt and our support for their grieving families and friends.”