Former President Obama said that Elijah Cummings was 'steely yet compassionate' and 'principled yet open to new perspectives.' 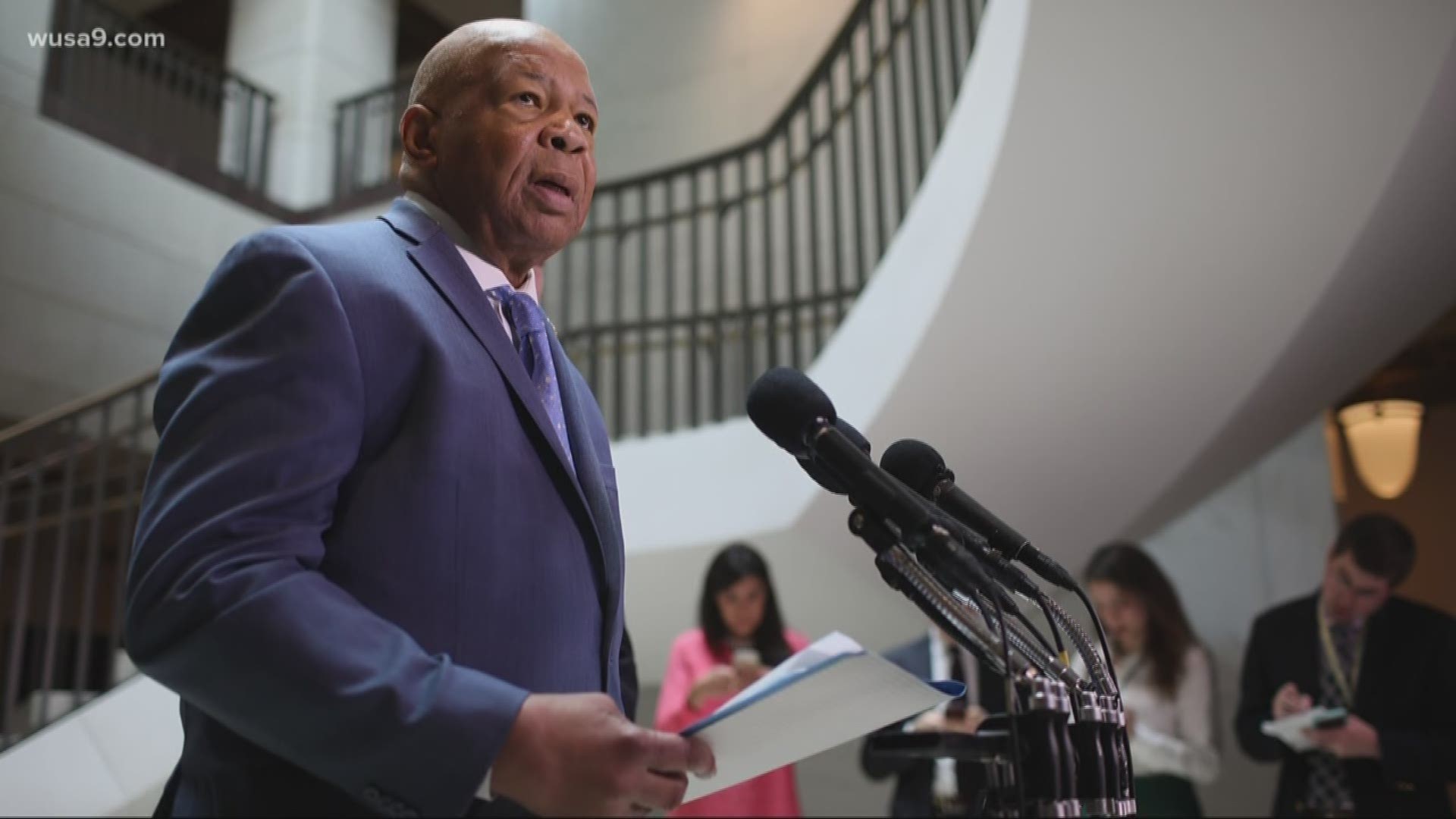 Former President Barack Obama says he and Michelle "are heartbroken" over the passing of their friend, Elijah Cummings.

Obama says that as chairman of the House oversight committee, Cummings "showed us all not only the importance of checks and balances within our democracy, but also the necessity of good people stewarding it."

Obama's statement calls the Democrat from Maryland "steely yet compassionate, principled yet open to new perspectives" and "steadfast in his pursuit of truth, justice, and reconciliation."

Obama said "it's a tribute to his native Baltimore that one of its own brought such character, tact, and resolve into the halls of power every day," and he hopes Cummings' example will "inspire more Americans to pick up the baton and carry it forward in a manner worthy of his service."

President Donald Trump also expressed his condolences to the family of Cummings, who died Thursday.

Trump and Cummings sparred repeatedly. The president tweeted that said he got to see firsthand the "strength, passion and wisdom of this highly respected political leader."

Trump says his work and voice on so many issues will be "hard, if not impossible, to replace!"

Cummings led multiple investigations of the president's governmental dealings, including probes relating to the president's family members serving in the White House. Trump responded by criticizing the Democrat's Maryland district as a "rodent-infested mess."

The American flag is flying at half-staff over the White House and Speaker Nancy Pelosi has ordered flags at the U.S. Capitol to be lowered as well in honor of Rep. Elijah Cummings.

She grew up in Cummings' Maryland district, told reporters at her weekly press conference that she is "devastated" by the death of her "brother in Baltimore."

She added that Cummings "lived the American dream and he wanted it for everyone else."