Owen County Deputy Stephen Dewitt and County Councilman Anton Neff helped a woman and her mom get to the ceremony on time, despite badly flooded roads. 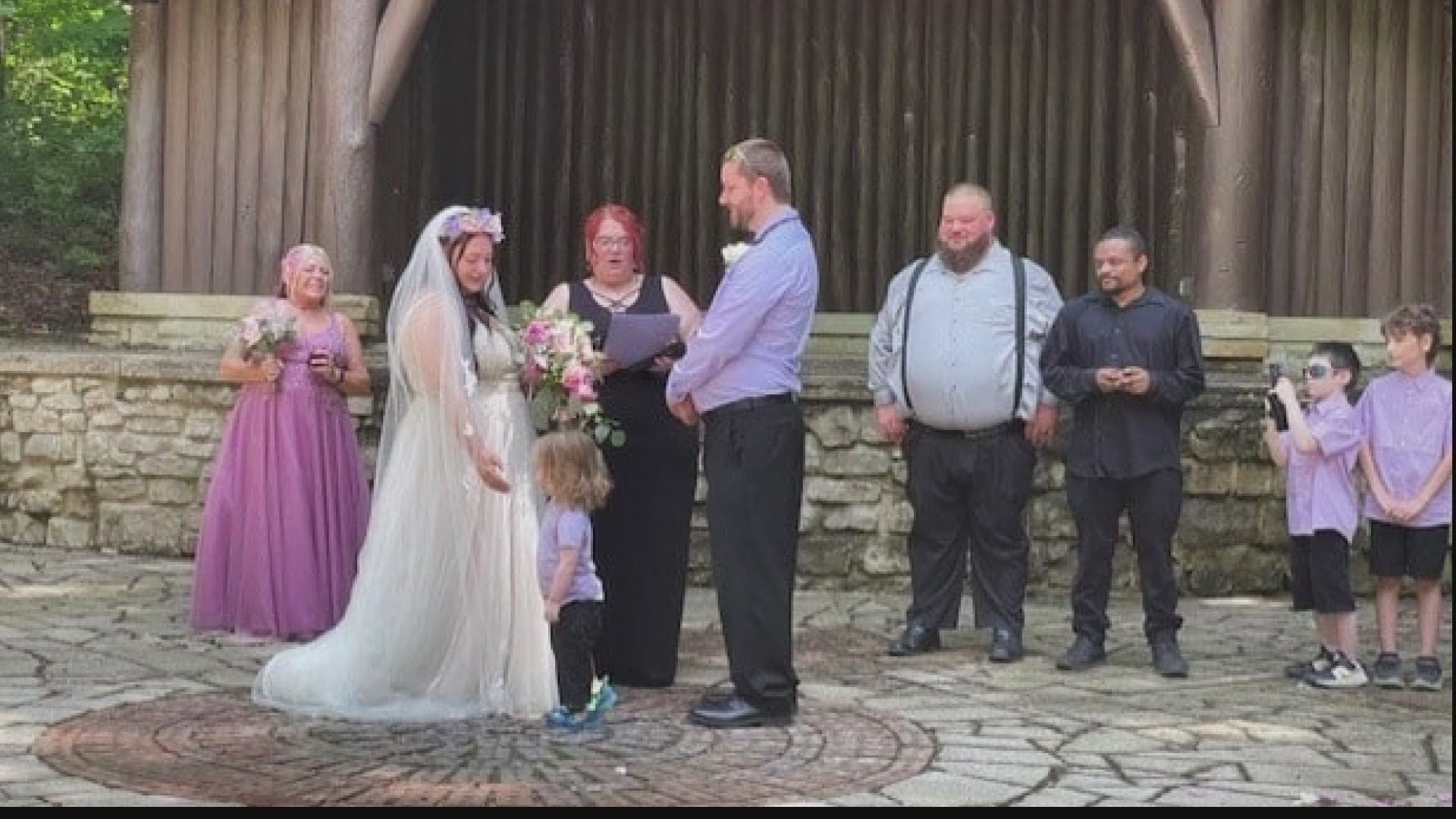 Owen County Councilman Anton Karl Neff wrote on Facebook Monday that he was with Owen County Sheriff's Department Deputy Stephen Dewitt Saturday, trying to navigate roads that had been impacted by flooding overnight. The men were driving on Fish Creek Road near SR 46, but twice encountered impassable roads due to high water.

As they were about to leave to look for a third route, Neff said they were approached by a woman and her mother, who were trying to get onto Fish Creek Road. When told of the road conditions, the passenger, Brittany Legan, became emotional, as she and her mother were trying to find a way to a home to pick up food, decorations and her wedding dress for a 1:30 p.m. ceremony.

Instead of trying to drive through the flooding on their own, the women agreed to follow Dewitt as they tried again to reach Lennox Road. Despite some trepidation, all four made it to their destination safely.

The women got out of the car and insisted on hugs and photos with Dewitt before heading off to have their wedding as planned.

"It is moments like this that really make me think how understanding, kindness, and compassion can still mean so much and, be such a source of positive energy," Neff wrote. "Officer Dewitt will modestly say he was just doing his job but, from the perspective of the people that he, his colleagues, and their support network serve, we all know that the product of their work is often priceless."

Both Legan and her new husband, John Robinson, commented on Neff's post, thanking them for their efforts. Robinson noted the power went out with the storms the night before the wedding, but the rain stopped in time for "the best wedding I could of ever asked for" at McCormick's Creek State Park.

"You saved my wedding!!" Legan wrote.