The photos are meant to look just like a back-to-school fashion ad, but feature kids wearing bulletproof vests. 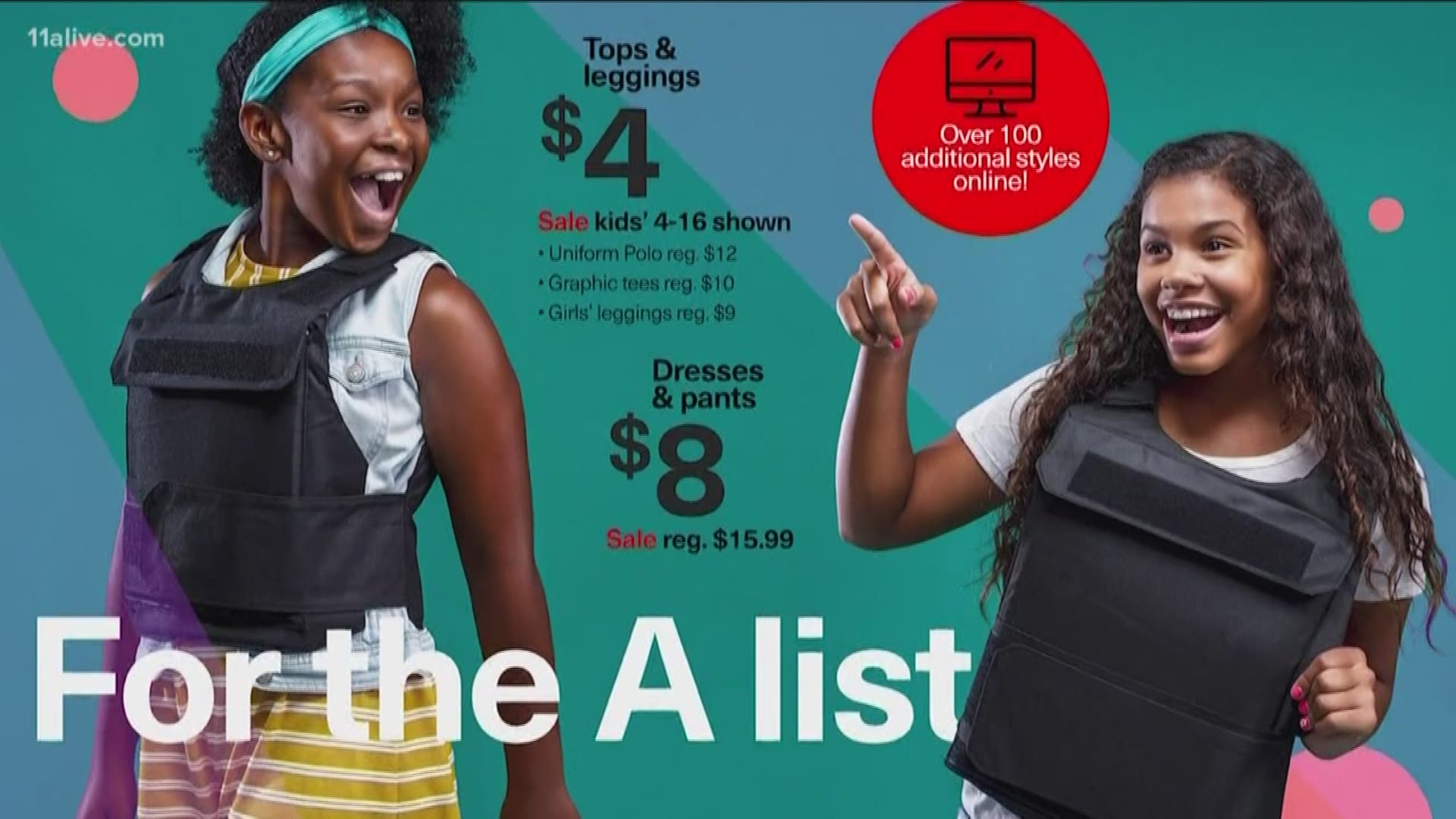 A set of fake back to school ads have gained attention for appearing to sell bulletproof vests for children. The ads, which were edited to look like a typical back-to-school fashion ad, are meant to encourage action to end school shootings.

Richard Johnson, a Florida based photographer and graphic designer, had been thinking of doing the back-to-school shoot for a year. While he sat on his idea, he kept seeing more and more shootings in the news.

"At some point it didn't matter when I'd get it done because it would always be relevant," he said.

When he finally shot the photos, Johnson wanted them to look as close to a real advertisement as possible. He wanted viewers to see the kids' happy smiles before panning down and realizing what they were wearing.

Johnson didn't want his images to be divisive. "I'm not trying to be pro-gun or anti-gun," he said. "I'm just trying to be anti kids getting shot in school. I really want people to use this and share them and solve this problem."

The photos are a personal as well. Johnson has a two-year-old son and a six-year-old daughter who is starting the first grade. They're featured in some of his photos. He was in school when the Columbine shooting occurred, and when it happened, it was a shock to everyone.

Now, his daughter is already going through drills for active shooters, and he sees bulletproof backpacks on the shelves when shopping for school supplies.

"We didn't have active shooter drills all the time, people weren't even thinking about selling bulletproof backpacks," he said. "It's just insane that our kids aren't safe in the one place where kids should just be kids."

Although his family has never been directly affected by a mass shooting, the issue still affects him as a parent.

He stresses that he doesn't have all the answers. "I don't want these photos to be preachy," he said. They're meant to highlight an issue that needs to be solved, rather than suggest solutions. To Johnson, his opinions on guns aren't as important as the issue at hand.

"If there’s nothing we can do to stop school shootings, then fine, here’s what you’ve done," he said. "This is what we’ve done. I want people to fix this, I want people know that this is something that’s an issue."

He hopes that everyone can agree that school gun safety needs to change, but has one message for anyone that might disagree with his photos.

"If you don't like these? Then make them irrelevant. Make them not matter."