The U.S. Air Force fighter jet was on a routine training mission when it crashed 74 nautical miles off Flamborough Head on the Yorkshire coast. 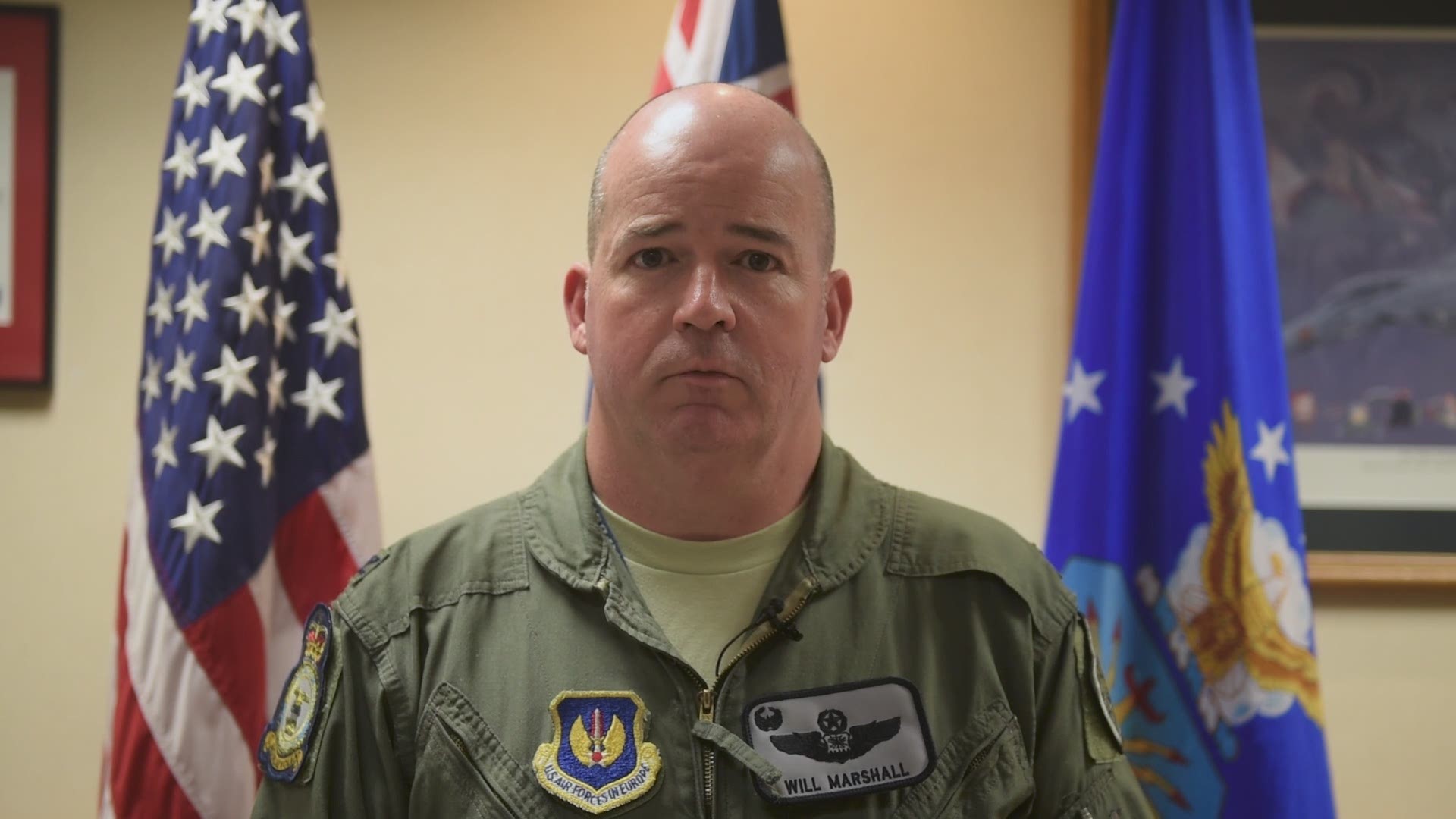 LONDON, UK — The fighter pilot that died after crashing off the coast of northern England has been identified as 1st Lt. Kenneth Allen, the U.S. Air Force said Tuesday.

Allen, assistant chief of weapons and tactics for the 493rd Fighter Squadron, died in a routine training accident that took place at 9:40 a.m. Monday.

On Monday, rescuers found the wreckage of the F-15C Eagle that was on a routine mission from RAF Lakenheath.

Coast guard officials said in a statement that they received reports the plane went down 74 nautical miles off Flamborough Head on the Yorkshire coast. Royal Air Force Lakenheath said in a press release that it does not know what caused the crash.

Allen had been based with the 48th Fighter Wing at the Royal Air Force’s Lakenheath base since February of this year.

The base is about 80 miles northeast of London, and the wing has more than 4,500 active-duty military members.

“We are deeply saddened by the loss of Lt. Allen, and mourn with his family and his fellow Reapers in the 493rd Fighter Squadron," said Col. Will Marshall, 48th Fighter Wing commander. “The tremendous outpouring of love and support from our communities has been a ray of light in this time of darkness.’

Allen is survived by his wife and his parents. His age and hometown were not immediately available.