The pilot and two teens were identified as the victims Monday. 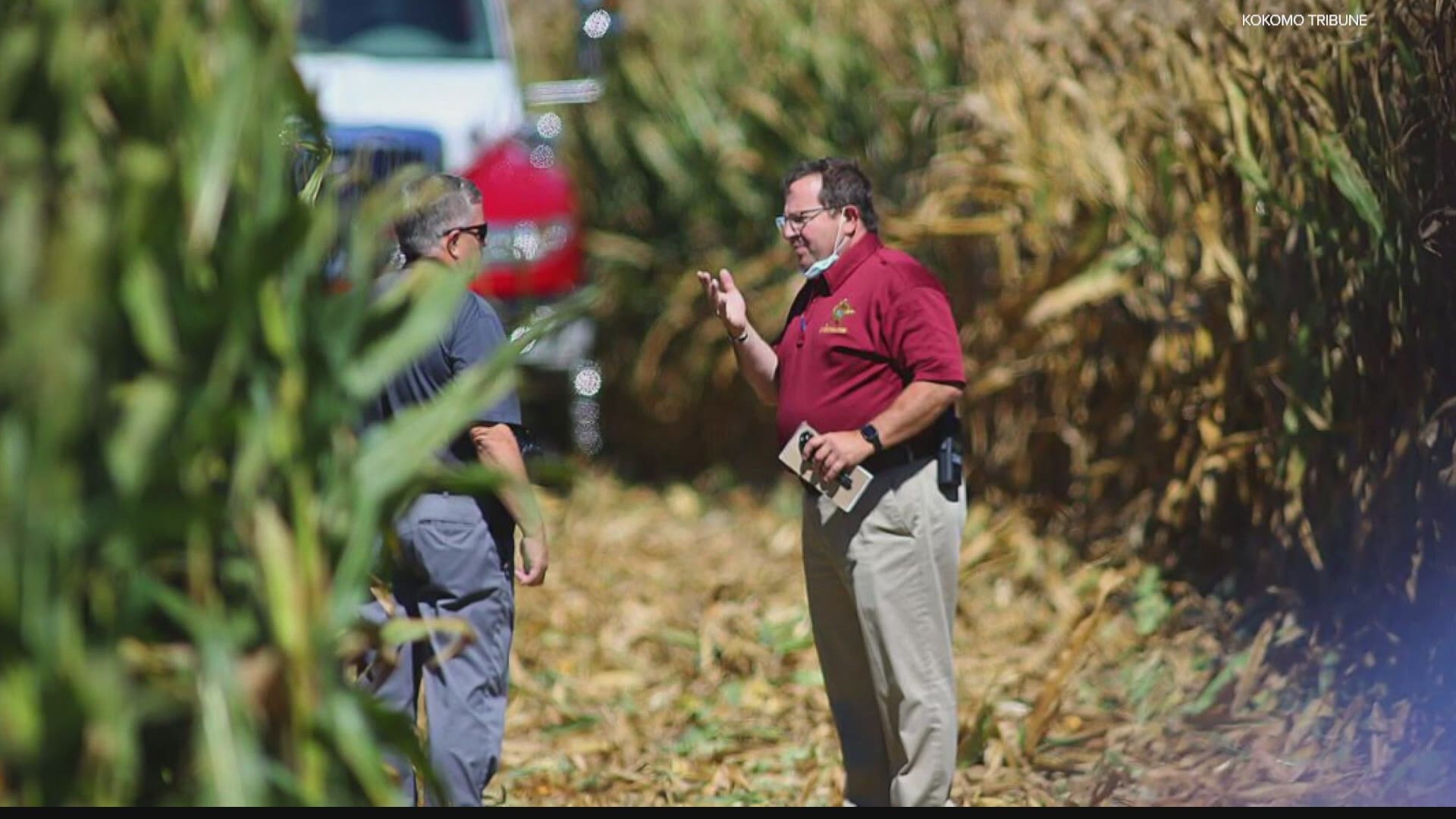 According to an FAA statement regarding the crash, the plane went down just before 11 a.m. Sunday in the area of 3460 S. County Road 400 W. Kokomo.

According to investigators, single-engine 1980 Piper PA-32 crashed while attempting to land at the festival.

Witnesses reported the plane struck a large high-tension wooden power line pole, causing the aircraft to nosedive into the cornfield below where it caught fire.

According to the Howard County Sheriff's Office, the victims are:

Both Liam and Reece Kelly attended Westfield High School. Liam was applying for the Air Force Academy, according to family. The family told 13News they appreciate the support and prayers they've received from the community.

"What the Kelly family is experiencing is unimaginable, but in challenging times like this, we find our strength in those around us," said school superintendent Dr. Sherry Grate, in a statement.

The Greentown teenager answered investigators questions before being airlifted to an Indianapolis hospital burn unit. He is doing good, according to his father Nathan Wagler.

"We are blessed, absolutely blessed to have our son," he said. "We feel blessed that God had mercy on us."

All three of the teenagers were members of "The Flying Squirrels." The club teaches young people to fly. Cameron received his pilot's license last month.

One neighbor, who has lived by the airport for 20 years, noticed the smoke from the crash down the road.

"I thought, 'that’s strange.' It didn’t dawn on me that it was a crash, and then I went on down there, and I kept hearing sirens. They were coming from everywhere," he said.

The crash happened during the airport's annual "Glenndale Days-BBQ Bash," which raises money for kids with spinal muscular atrophy.

“Everybody has a really good time. It is a tragedy this happened," said one neighbor.

The festival allows kids and teens to learn about flying and take rides with pilots.

13News checked federal records and found that Long was first licensed to fly in 2007. His current license is current. The only restriction is that Long wears glasses.

The FAA and NTSB will continue investigating Monday.

According to long-time neighbors, this is the first plane crash to happen at the airport.

You may make contributions to The Liam and Reece Kelly Memorial Scholarship Fund in care of WABC, PO Box 495, Westfield, IN 46074 or deliver to any First Merchants Bank branch. (Checks made payable to "WABC" with "Liam & Reece Kelly" in the memo line.)