According to an arrest warrant, the suspect in the El Paso Walmart shooting told arresting officers, 'I'm the shooter.' 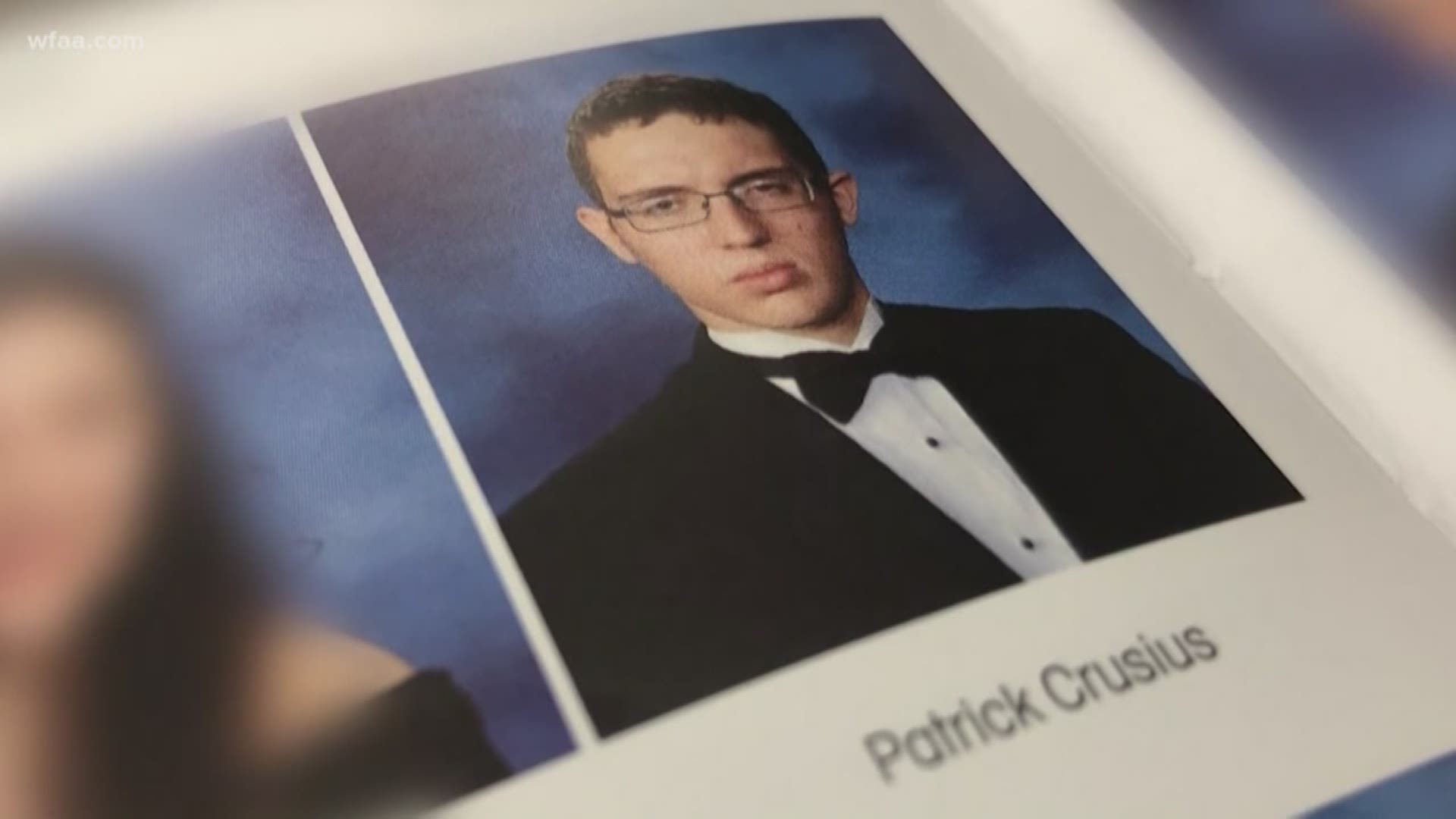 EL PASO, Texas — The man accused of carrying out last weekend's deadly mass shooting at a Walmart in the Texas border city of El Paso confessed to officers while he was surrendering and later explained that he had been targeting Mexicans, authorities say.

Patrick Crusius, 21, emerged with his hands up from a vehicle that was stopped at an intersection shortly after last Saturday's attack and told officers, "I'm the shooter," Detective Adrian Garcia said in an arrest warrant affidavit.

Crusius later waived his Miranda rights and agreed to speak with detectives, telling them he entered the store with an AK-47 assault rifle and multiple magazines, and that he was targeting Mexicans.

Twenty-two people were killed and about two dozen were injured. Most of the dead had Hispanic last names and eight were Mexican nationals.

Credit: FBI
Mugshot of Patrick Crusius, 21, who is charged with capital murder for the El Paso mass shooting on August 3, 201.

Authorities believe that shortly before the attack, Crusius posted a racist screed online that railed against an influx of Hispanics into the U.S. The document parrots some of President Donald Trump's divisive rhetoric about immigration, but the writer said his views predate Trump's rise and that any attempt to blame the president for his actions was "fake news."

Many El Paso residents, protesters and Democrats have blasted Trump over his incendiary words, blaming Trump for inflaming political and racial tensions throughout the country. Trump has denied stoking division and violence, contending this week that he "brings people together. Our country is doing incredibly well."

Authorities say Crusius drove more than 10 hours from his hometown near Dallas to carry out the shooting in the largely Latino border city of El Paso. An attorney for the Crusius family, Chris Ayres, told The Associated Press that the rest of the family never heard Patrick Crusius use the kind of racist and anti-immigrant language that was posted in the online screed.

Crusius has been charged with capital murder and is being held without bond. Federal prosecutors have said they are also considering hate-crime charges.

The attack came hours before another mass shooting in Dayton, Ohio, in which nine people were killed. The dual shootings killed 31 people in all, wounded dozens more and reignited calls for Congress to take immediate action to reduce gun violence.

Trump said Friday that he believes he has influence to rally Republicans around stronger federal background check laws. But at the same time, Trump said he had assured the National Rifle Association that its gun rights views would be "fully represented and respected."