Prince Harry and Meghan Markle's royal wedding: What we know and what we don't know

There are new details on the cake, the invitations and the commemorative china, but still no word on her dress. 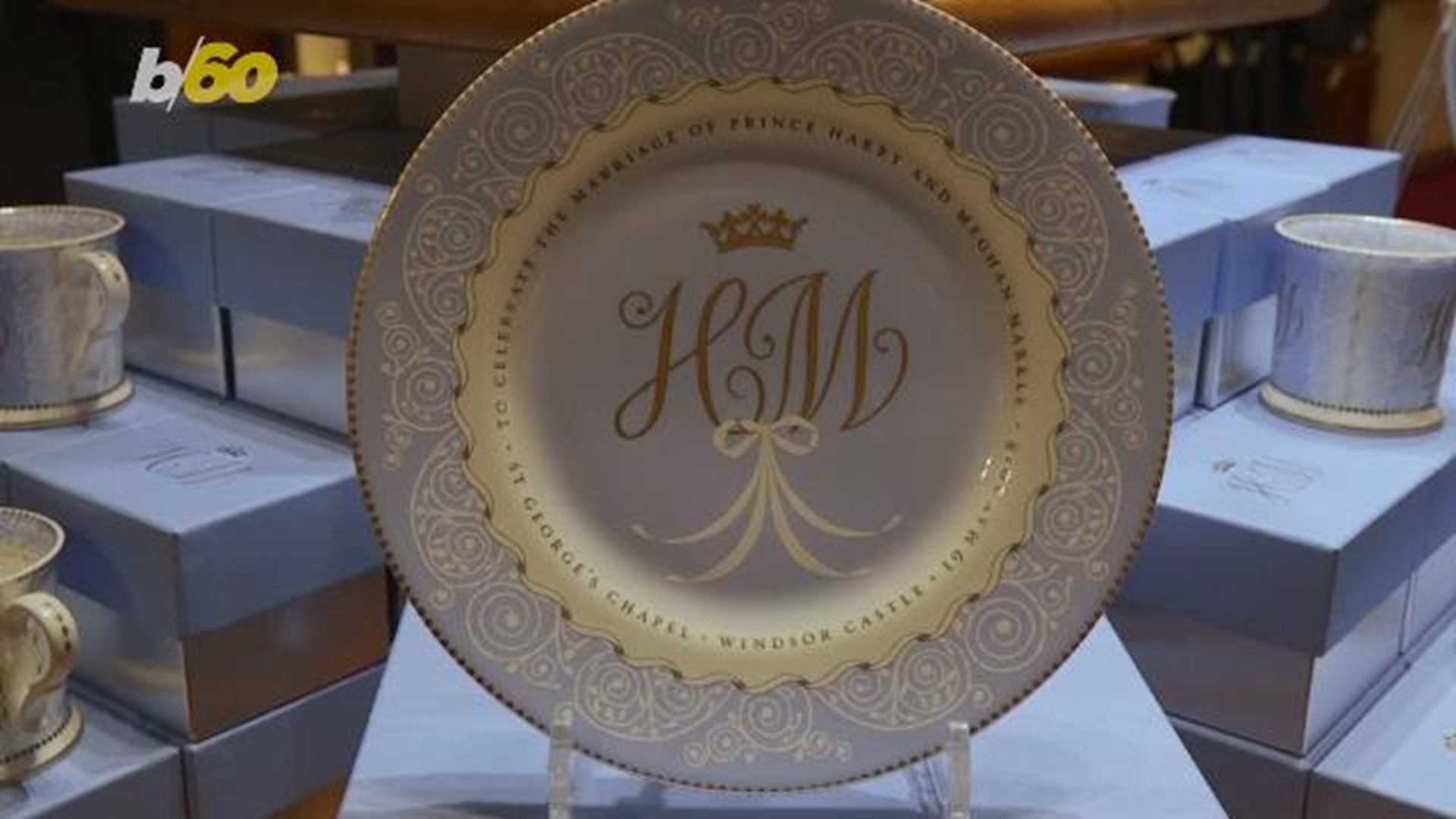 A little more than eight weeks to go and we know a wee bit more about the plans for Prince Harry and Meghan Markle's upcoming royal wedding as Kensington Palace continues to dribble out tantalizing details.

Tidbits about the cake, the invitations, the reception venue and the commemorative china are coming into focus, but we're still in the dark about the most tantalizing detail of all.

Here's what we know so far, and what we don't know yet:

Who will create the wedding gown for the most unprecedented royal bride in centuries?

When Markle, 36, the biracial American actress and divorcée, walks down the aisle of St. George's Chapel at Windsor Castle on May 19, will she be in a frothy princessy-style confection of the sort worn by Harry's mother, Lady Diana Spencer, in 1981? Or an elegant couture stunner by Sarah Burton for Alexander McQueen like that worn by Kate Middleton when she married Harry's brother, Prince William, in 2011?

As always when it comes to royal wedding speculation, let's go to the bookies.

In February, a sudden surge of wagers on McQueen caused London's bookmakers to suspend taking bets (in case a leak gave some punters unfair advantage) on that design house, still a favorite of Duchess Kate of Cambridge.

Then earlier this month, after a similar flurry, Ladbrokes suspended bets on Britain's couture house Ralph & Russo. The team of Tamara Ralph and Michael Russo have been touted as front-runners ever since Markle wore one of their exquisite creations — which cost nearly $80,000 — in one of her official engagement photos.

Another designer with high odds is Roland Mouret, the London-based Frenchman who is a friend of Markle's. Some fashion-followers are convinced he dropped hints he might get the job in a recent interview with WWD when he was asked directly. “Mmmmm, I don’t want to say. No comment. It’s … there is no comment on that. She’s a friend. And that’s … I can’t say.”

He also told the New York Post that Markle "knows really well what she likes and the main thing with Meghan is to listen to her and work in collaboration with her." Then he clammed up, adding: "I've already said too much."

Meanwhile, some news outlets reported months ago the designer had been "chosen." In January, ABC News cited a series of tweets by British royal reporter Omid Scobieabout how Markle had chosen the designer and dress, had her first fitting at Kensington Palace and was relying on her Canadian pal/stylist Jessica Mulroney (daughter-in-law to an ex-Canadian prime minister) for help in planning the nuptials.

Here's a safe bet: We won't find out for sure about her dress until she arrives at the chapel door.

Credit: VICTORIA JONES/AFP/Getty Images
Baker Claire Ptak poses for a photgraph inside her bakery, Violet, in east London on March 20, 2018.

And it will have an American flavor — California, specifically: Claire Ptak is the chosen confectioner. She was raised in California and worked as a pastry chef under the celebrated Alice Waters at Chez Panisse in Berkeley, and now runs Violet Bakery in London.

They're in the mail, the palace announced last week. Who's getting one? They haven't released the guest list yet, and might not until the day of the wedding.

But now we know 600 people will be in the chapel for the nuptials and at the luncheon reception hosted by Queen Elizabeth II later at St. George's Hall in the castle State Apartments.

The palace released pictures of the invites and they're mighty regal. Printed in gold and black American-made ink on English card stock and featuring the three-feathered badge of the Prince of Wales (Harry's father), they were made by Barnard & Westwood, which has supplied royal invitations since 1985.

Credit: VICTORIA JONES/AFP/Getty Images
Invitations for the wedding of Britain&#39;s Prince Harry and US actress Meghan Markle are pictured, after they have been printed at the workshop of Barnard and Westwood in London on March 22, 2018.

This is the private sit-down dinner for 200 hosted by Prince Charles after the main reception at the castle. It's going to be at Frogmore House, the 17th-century manor on the castle estate best known as a former royal family home and the site of the royal mausoleum where Queen Victoria and Prince Albert are buried.

Occasionally used for royal wedding receptions, Frogmore is a favorite of Harry and Meghan, who posed for some of their engagement photos there.

OK, it's not their personal china but the "official commemorative English fine bone china" sold to tourists and royal fans as souvenirs by The Buckingham Palace Shop.

According to the palace press release, the china is handmade in England using traditional methods unchanged for 250 years.

The design features a monogram of the couple's initials tied together with white ribbons and surmounted by the coronet of Prince Harry. The decorative borders are inspired by the mid-13th-century Gilebertus door at St. George's Chapel, one of the few surviving parts of the earliest chapel at Windsor Castle.

Markle is now an official member of the Church of England, headed by her soon-to-be grandmother-in-law, the queen.

We know this because news of the private ceremony at the Chapel Royal in St. James' Palace in London leaked out to British media two weeks ago. Archbishop of Canterbury Justin Welby (the day-to-day head of the church) later confirmed it in an interview with ITV News.

Welby, who will be officiating the wedding and officiated at the baptism, said he could say almost nothing about that ritual but did describe it as "very special. It was beautiful, sincere and very moving. It was a great privilege.”

It used to be that British royals, especially those close to the throne, could not marry outside the Church of England, and especially not to a Roman Catholic, if they wanted to keep their place in the succession. (Harry will be sixth in line.) But those rules have been somewhat relaxed recently.

Still, Markle, whose religious upbringing is unspecified (she attended a Catholic school growing up and her first wedding to a Jewish man featured Jewish traditions), chose to join the church as one of the most important symbols of joining the royal family: The Church of England would not exist but for Henry VIII in the 16th century and his determination to divorce Wife #1.

You can't have a royal wedding without them: the country's armed forces will be parading in all their brightly-colored ceremonial regalia on the narrow streets of Windsor for the wedding, Britain's Ministry of Defence announced Wednesday.

The Windsor Castle Guard and the Blues and Royals of the Household Cavalry will be there, along with members of the Royal Navy, the Royal Marines, the Army Air Corps, the RAF, and the Royal Ghurka Rifles. And don't forget musical support from the State Trumpeters and the Band of the Irish Guards.

There's a close relationship between royals and the military, especially for Harry, who has a connection to all of the units that will be represented at his wedding. Captain Wales spent 10 years in the Army, serving in the Household Cavalry Regiment during two tours of Afghanistan.

The crowd and the carriage

Since they're getting married within the smaller confines of Windsor (instead of Westminster Abbey in central London), Harry and Meghan sought to arrange their wedding so that as many people as possible could share the experience in person.

As earlier announced by the palace, the couple has invited 2,640 people to watch them and their guests arrive at and depart from St George’s Chapel, including 1,200 people nominated by authorities in nine of the United Kingdom’s regions, as well as charity workers, local school children, and employees of the queen.

After the noon wedding, the newly married couple will board a royal carriage outside St. George's Chapel and proceed via Castle Hill along the High Street and through Windsor Town, returning to the castle along the famous Long Walk. The short procession will allow more of the crowds outside the castle walls to see the couple.

Still unanswered but the focus of feverish speculation

Who will be invited among Markle's family besides her father, Thomas Markle Sr., a former Hollywood lighting director now retired just south of San Diego in Baja California, Mexico, and her mother, Doria Ragland, a social worker and yoga teacher who lives in Los Angeles?

Will both parents, who are divorced, walk her down the aisle? Will Markle have multiple pals in her bridal party? What role will Harry's royal relatives, such as nephew Prince George and niece Princess Charlotte, play? Will Markle make a speech at the reception? 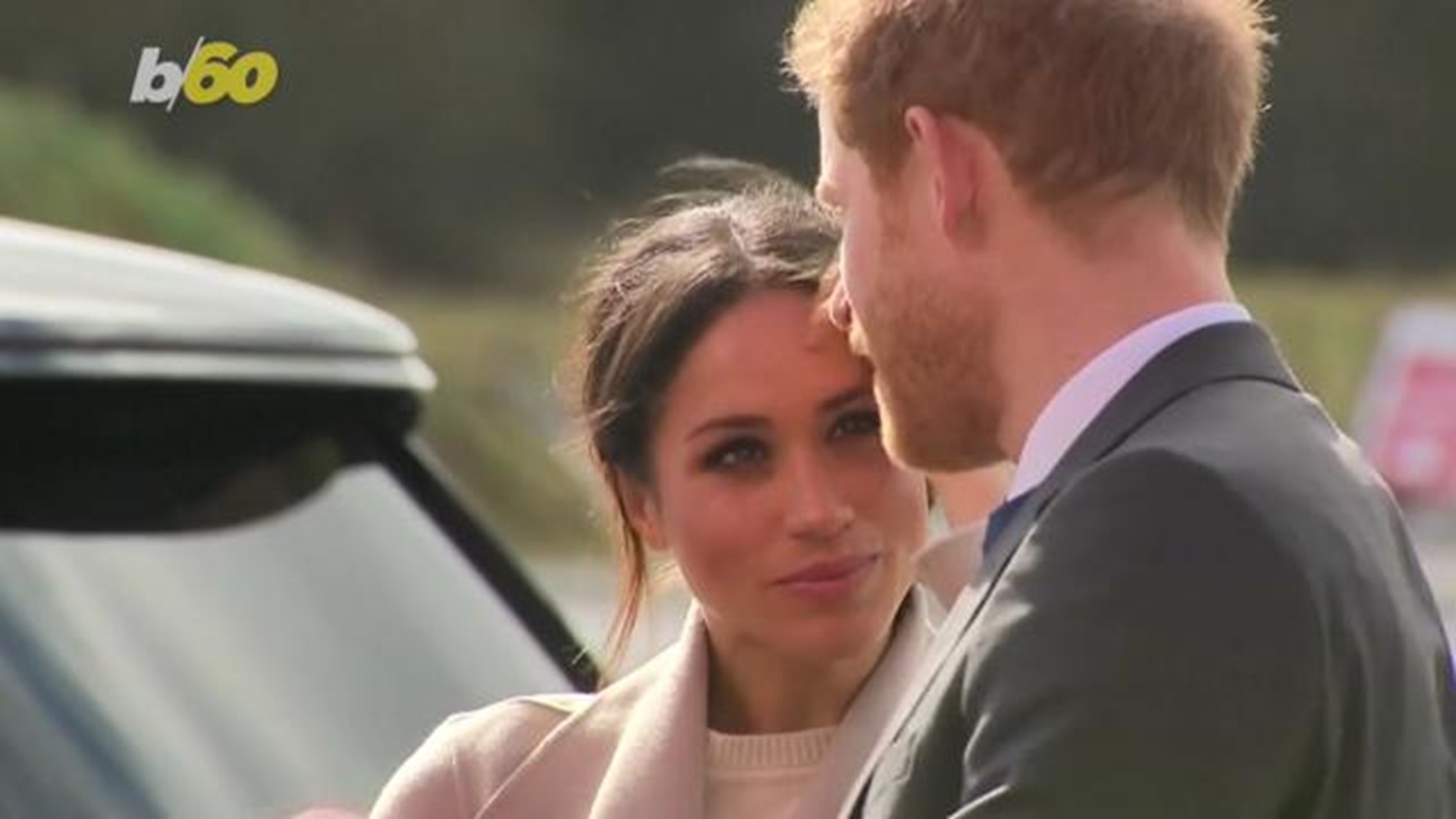