Garza was hit by a truck after stumbling off a fire engine at the scene of a fire downtown, SAFD Chief Charles Hood said. 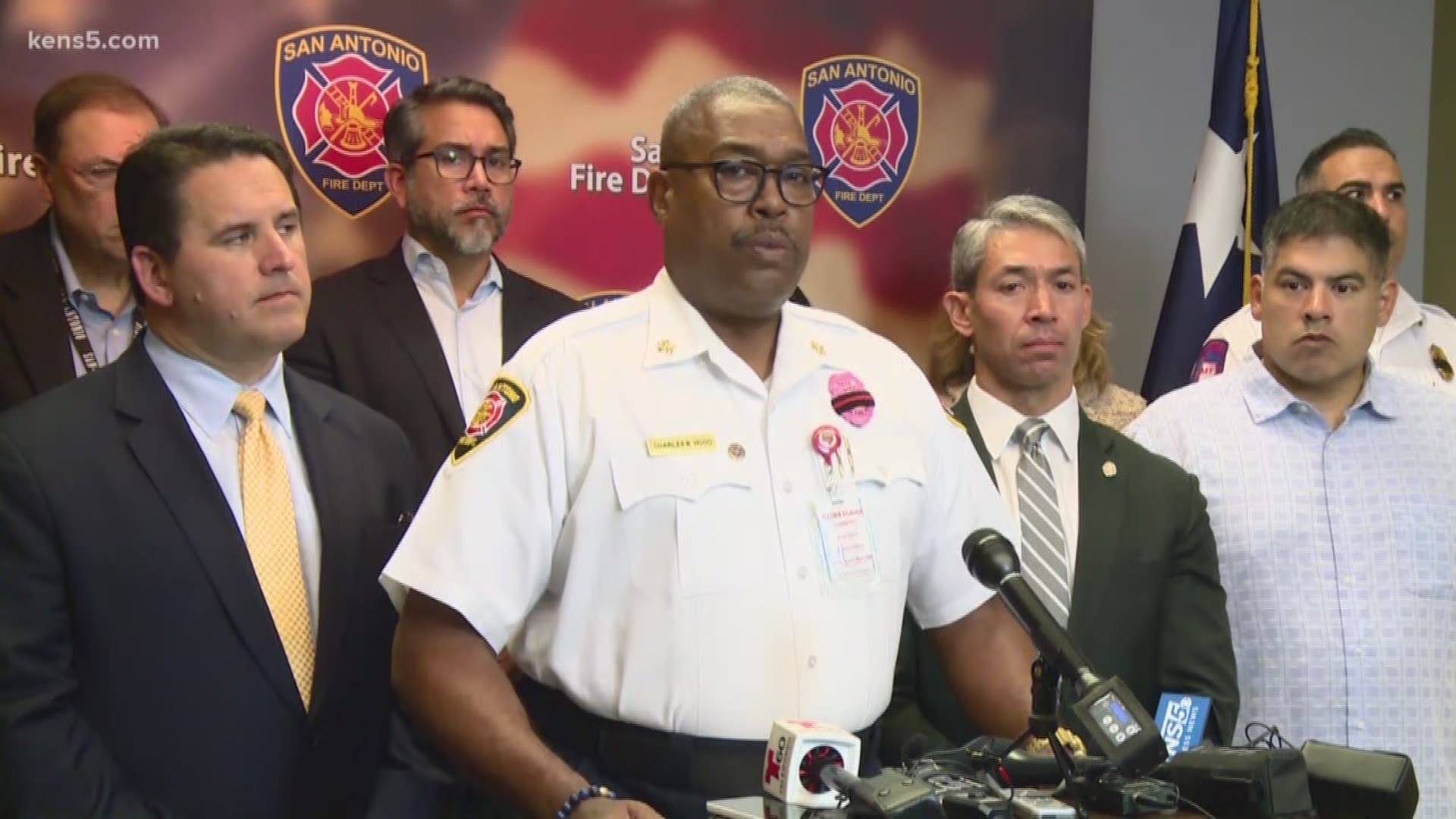 SAN ANTONIO — San Antonio firefighter Greg Garza has died after being hit by a truck at the scene of a fire this morning, Fire Chief Charles Hood said.

The accident happened around 7 a.m. this morning while a SAFD crew was responding to a fire at the Comfort Suites on Live Oak Street near downtown.

Hood said it appears Garza stumbled off the fire truck just before he was hit by a passing truck in what can only be described as a "simple accident."

"This is stunning for our organization. We are hurt right now," Hood said.

Paramedics at the scene worked to revive Garza. He was taken to Brooke Army Medical Center, where he later died.

The driver who hit Garza stayed at the scene of the accident and rendered aid. Hood stated that he was grief-stricken by the incident.

The accident is under investigation, but Hood said that it appears to be nothing more than a "simple accident."

He did take a moment to urge citizens to be cautious when driving near the scene of a fire or accident.

Mayor Ron Nirenberg, who was also in attendance for the press conference, said: "Today, our city lost a son, we lost a husband, we lost a brother."

Both Chief Hood and Mayor Nirenberg asked for prayers and patience during this difficult time.

"Greg Garza died doing something that he loved," Hood said.

It was announced that flags throughout the city would be lowered to half-staff out of respect for the Garza family.