'The best 23 minutes I've had as a firefighter': Healthy newborn surrendered to Safe Haven baby box in Indiana

According to the fire department in Indiana, the baby was safely placed in the box Sunday morning. 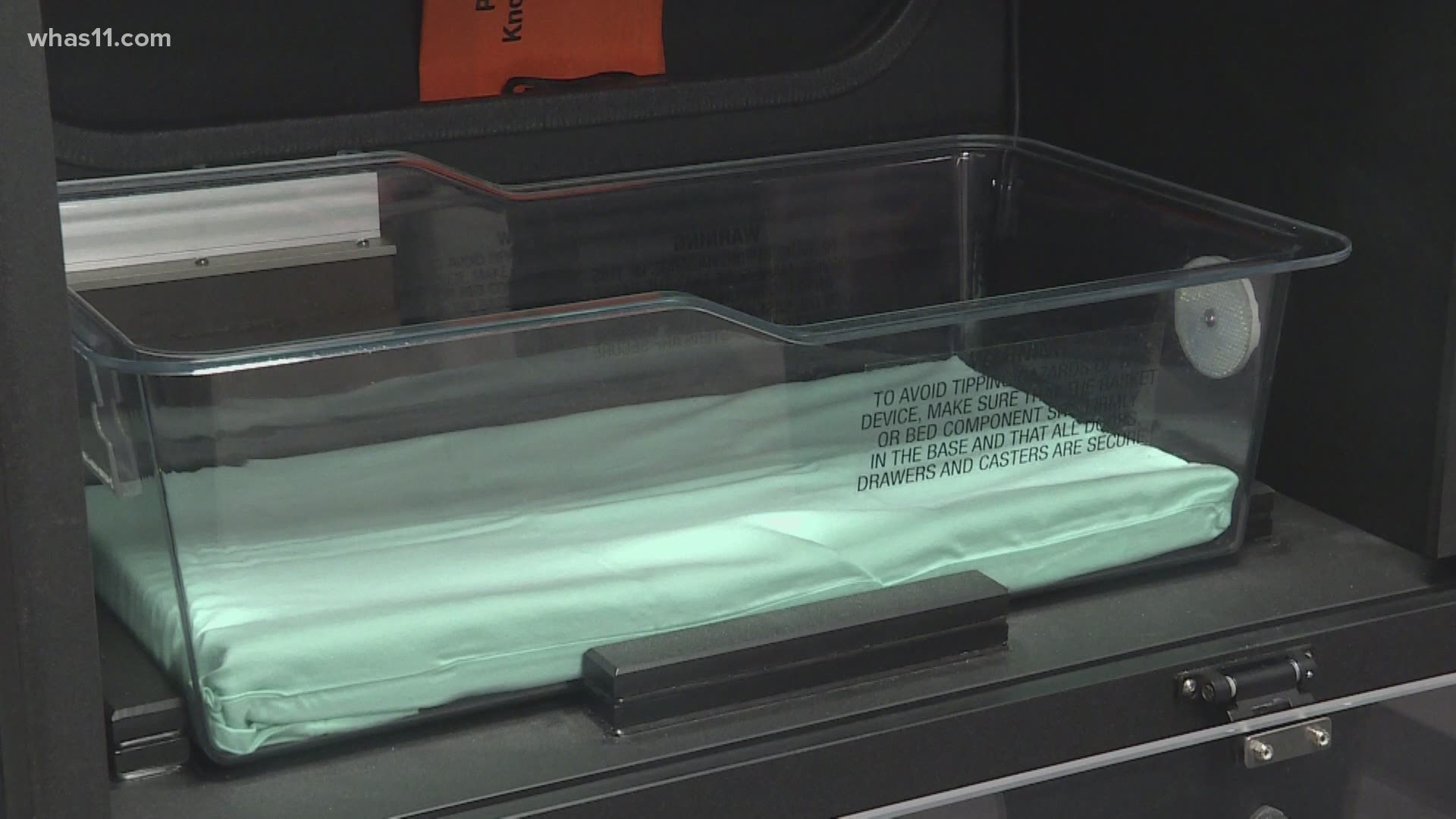 Just after 7 a.m. Sunday, a healthy newborn was anonymously surrendered.

"When I received the news, it felt like I was responding to my own child," Chief Brandon Skaggs said. "That's how emotional it was."

Skaggs said the lieutenant in charge was on the other side of the wall when heard the box open from the outside. When he heard the door close, he looked inside to find a baby less than an hour old.

It took firefighters less than 15 seconds to have the newborn baby girl in their arms.

"I can't imagine the bravery it takes and courage it takes to surrender your newborn," Skaggs said. "I'd like the parent to know, whoever did the surrender, how brave you are. We respect you. There's no shame. You showed grace and love yesterday and it's noticed and your baby's doing well."

Monica Kelsey, the founder of Safe Haven Baby Boxes, said it was "the ultimate act of selflessness." Kelsey's mother abandoned her just hours after her birth.

"I’m so thankful she chose a safe place to surrender her child and not in a dumpster or trash can like we see too many times," Kelsey said.

Officials said infants surrendered under Indiana’s Safe Haven Law are released from the hospital and placed into the custody of the Department of Child Services.

The process allows for all Safe Haven babies to ensure they find an adoptive family within 30 to 45 days.

"Indiana has fixed the problem of infant abandonment in our state and we're looking to do that nationwide now," Kelsey said. "If you need this resource, you can cross state lines to keep your child safe. It is not illegal to do."

Skaggs said he spent around 23 minutes with the newborn Sunday.

"That was probably the best 23 minutes I've had as a firefighter," Skaggs said. "Hopefully one day we can reunite with the child and hear the success story they're having with their life."

Clarksville’s Safe Haven baby box was made available to the public on Oct. 16, 2020.