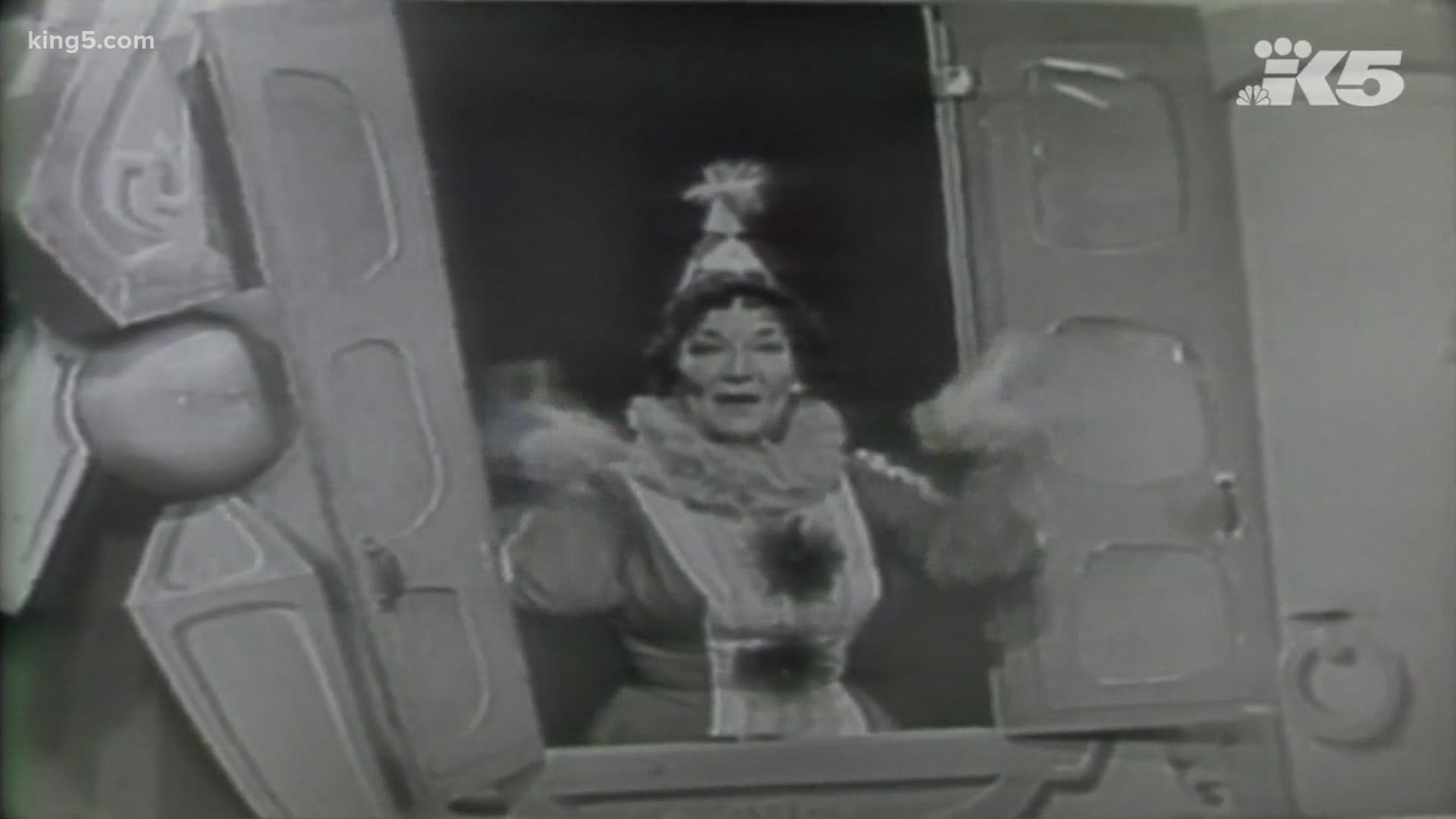 Today, Ruth Prins, who played Wunda Wunda and many other characters, is still living in Seattle with a passionate fanbase that still shares memories on Facebook. She recently celebrated her 100th birthday.

Ruth Prins was an actor and drama teacher at the University of Washington in 1949 when KING 5 recruited her to help them develop quality children’s programming.

She started with a weekly televised reading class called “Telaventure Tales," and then hosted the show "Wunda Wunda," which was also the name of her most memorable character.

She had a memorable theme song:

Wunda Wunda is my name. Oh boys and girls, I'm glad you came. We'll have fun as I explain, how we play our Wunda games.

Let me take you by the hand and we'll go to Wonderland. There we'll play with every friend The Wunda games of let's pretend.

Prins aimed her show at young kids who were preparing for school. She was very popular with kids, parents and teachers alike because of her commitment to educate.

"Wunda Wunda" was essentially a 2-hour televised preschool. It taught manners through songs and puppet friends.

The show was incredibly popular and aired from 1952 to 1972. It also was the first local program to receive the prestigious Peabody Award.

After the show, Prins remained in Seattle, earned a doctorate in Education and consulted with daycare centers.

Education through entertainment was a new form of programming that Wunda Wunda helped pioneer.