“For anyone that lost someone, it never gets old. This one is just magnified ten-fold." 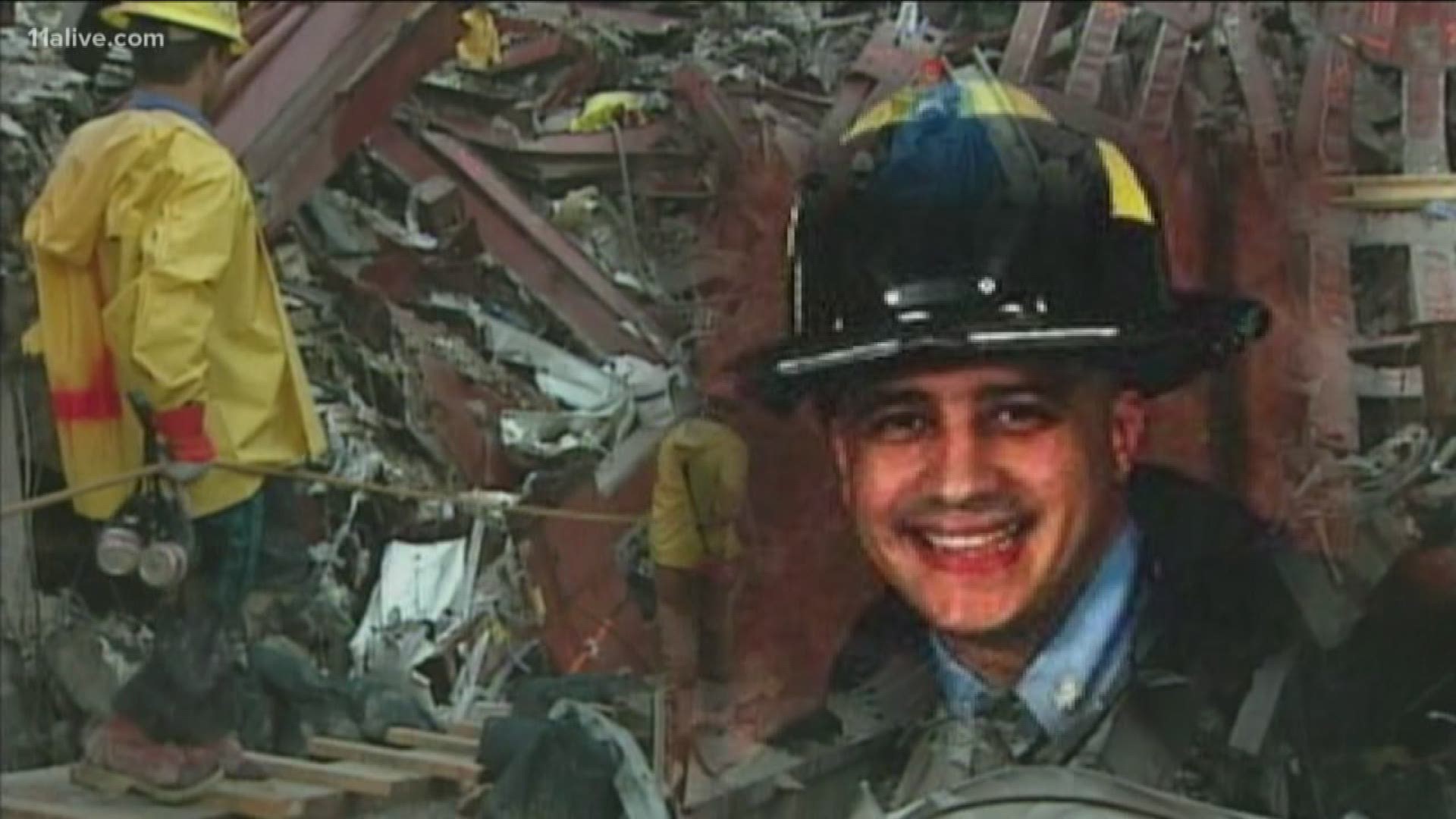 NEWNAN, Ga. — On 9/11, 343 firefighters died. Since that tragic day in 2001, hundreds more have died due to illnesses linked to the attacks.

Americans as a whole consider each one of them a hero. For Hector Tirado III, one of those firefighters will always be known as dad.

In a black and white framed photo, a 12-year-old Hector is seen holding a replica of his dad's firefighter helmet. The young boy looks lost staring at a memorial to his father, Hector II.

“I was in school," the now 30-year-old man remembers. "The TVs were on in the classroom, so we knew what happened. All the kids knew what happened. I didn’t think anything of it and we went to the main office and my mother was in tears and full-on panic.”

“Had all these, what do you call them," he said. "Hangers piled up in looking for families and we were there for weeks on end.”

RELATED: How a Georgia volunteer firefighter helped at Ground Zero on 9/11: 'Take each day. It's a blessing you have'

Hector now lives in Newnan with his wife and three young girls. It took him a long time to even talk about his dad.

“You don’t want people to bring it up for your memories and it’s always on this one day,” he said.

He keeps his dad’s memories close now - so close, there’s a memorial tattoo right on his back.

Hector knows that, for him, for survivors and for anyone who lost someone in the attack or the aftermath, 9/11 isn’t just one day to remember. For them, it’s one day you never forget.

“It’s always been hard for 9/11 to come and people want to talk to you and give their condolences. I don’t grieve as much anymore. It went more from grief to being proud of what he did back then.”