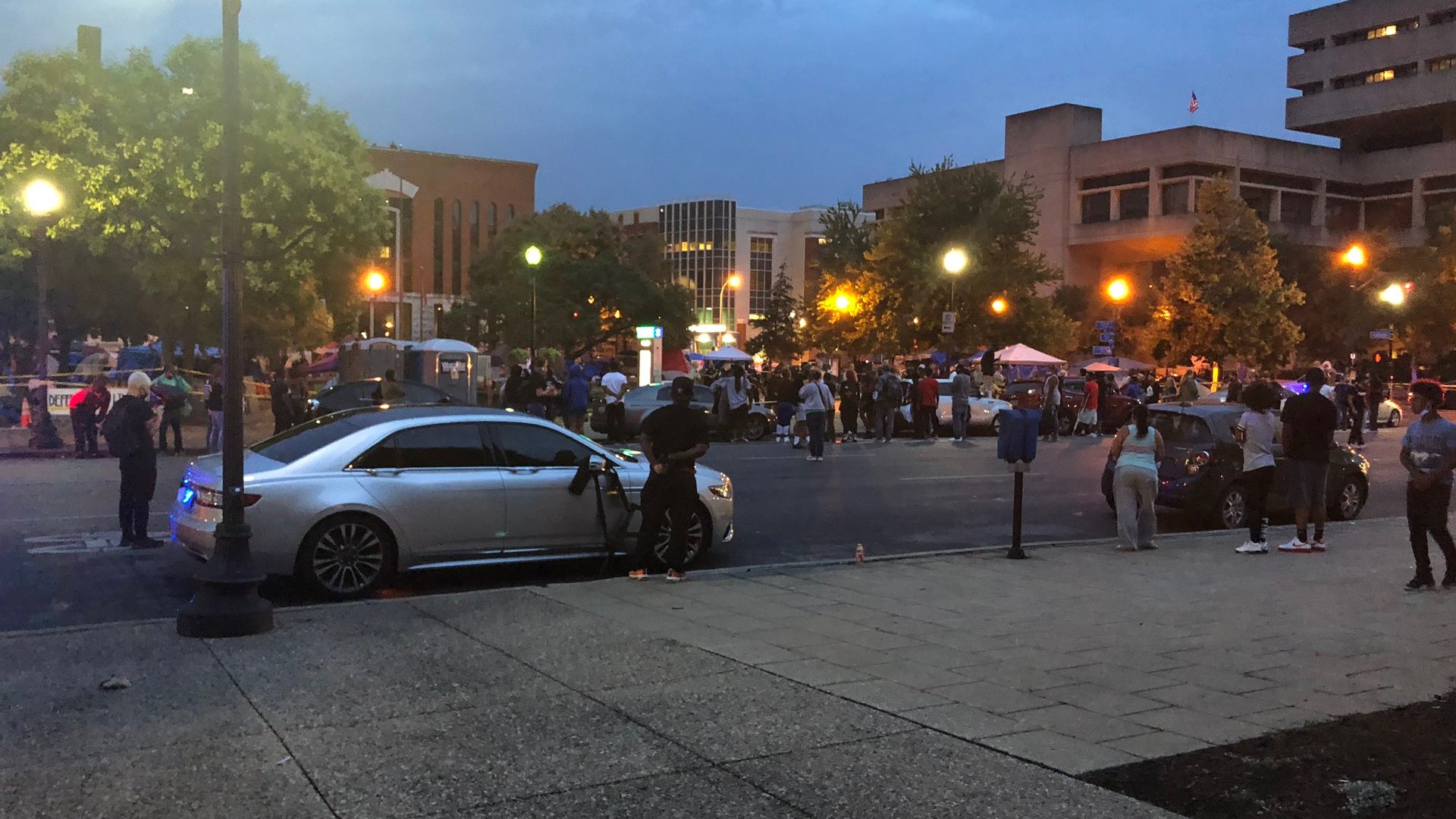 LOUISVILLE, Ky. — The Louisville Metro Police Department (LMPD) confirms they are investigating a deadly shooting that happened at Jefferson Square Park Saturday night. LMPD deployed additional officers to the scene, some in riot gear while they cleared the area to investigate the shooting.

Officers say around 9 p.m. there were reports of shots fired in Jefferson Square Park. Sheriff’s Department officers who were in the park started performing life-saving measures on a man who was hit. They were unable to save him, police say he died at the scene.

RELATED: 'It is difficult to comprehend why things like this happen': Victim identified in Jefferson Square Park deadly shooting

"I'll never forget what happened here today but for me, I'll still continue staying focused on what we started to do going after those demands and staying here until justice is served," said Maxwell Mitchell, a witness on the scene. "Compared to what else I’ve seen this is absolutely horrific."

A short time later, LMPD confirms they got a report of another shooting victim at the Hall of Justice. That person was taken to University Hospital with non-life threatening injuries.

The park and the area around it has been completely cleared so detectives can conduct their investigation, LMPD says. Detectives are trying to gather as much information as possible in order to identify all who were involved in the incident.

Police closed the park hours and announced overnight it would be clearing out tents and no longer would allow any overnight stay.

"I am deeply saddened by the violence that erupted in Jefferson Square Park tonight, where those who have been voicing their concerns have been gathered. It is a tragedy that this area of peaceful protest is now a crime scene. My thanks to the first responders who assisted at the scene. I will have more to say tomorrow, as additional information becomes available."

The shooter is in custody, but police said at Sunday's news conference they would not be releasing his name just yet.

Anyone with information about the shooting is asked to call 574-LMPD.

This is a developing story, please check back for updates.

You can hear what appears to be gunshots in this video Isiah Collins shared with WHAS11 News.

Protesters have been gathering at Jefferson Square Park for a month now calling for justice for Breonna Taylor who was shot and killed March 13 by LMPD officers.

Other stories on WHAS11 News