Stacey Abrams on cover of TIME with other top Democrats

"The biggest field yet. No front runner. A divided base. Welcome to the 2020 Democratic primary," TIME said in a tweet. 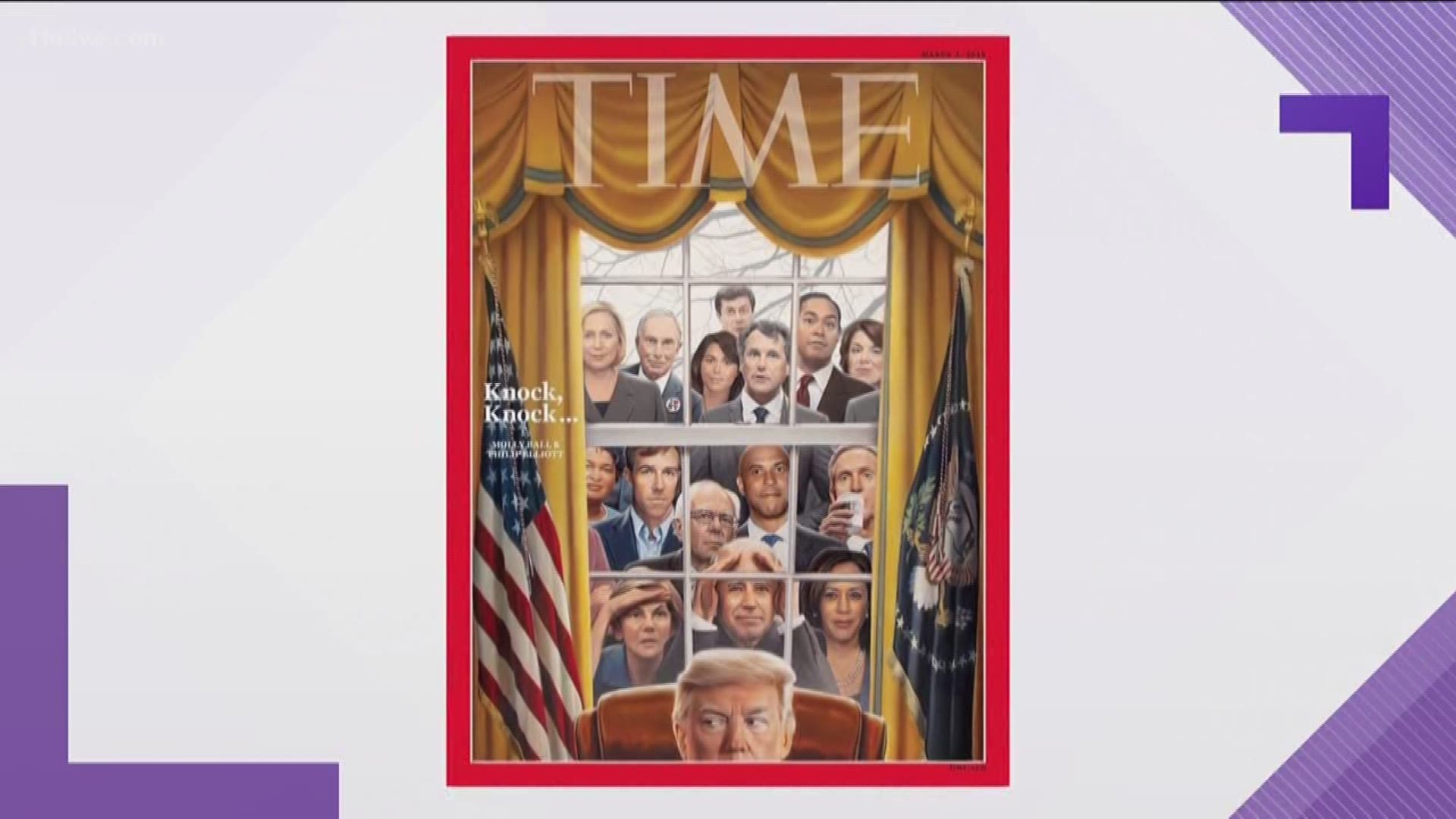 A lot of people have thrown their name in the race for the 2020 election. Even more are expected as it approaches the election.

TIME magazine featured some members of the Democratic party on its cover - including Georgia's Stacey Abrams.

"The biggest field yet. No front runner. A divided base. Welcome to the 2020 Democratic primary," TIME said in a tweet.

In the short video clip, Trump is seated in a chair in the Oval Office and the curtains open. Outside the window is Sen. Elizabeth Warren, former Vice President Joe Biden, Sen. Kamala Harris, and other Democrats. Some in the group have already announced they would be running against President Donald Trump in next year's election.

TIME said in it's article the 2020 Democratic primary will be unprecedented. As for their opponents, Trump and at least one other Republican, former Massachusetts governor Bill Weld, have said they will run.

Abrams lost the Georgia governor race in November 2018 to Brian Kemp. Although she didn't win, she's still considered a rising Democrat and many see her as a future leader beyond the state.

Earlier in the month, Abrams delivered the Democratic Party's rebuttal to the president's State of the Union Address. Since then she's also spoken at a Congressional hearing claiming that Georgia's 2018 election was wracked with "incompetence and malfeasance." She's also considering running for Senate.

See the list of candidates running for president here.

Who is running for president in 2020 so far?