Rulings against the president could lead to the campaign season release of personal financial information that has been kept from investigators and the public. 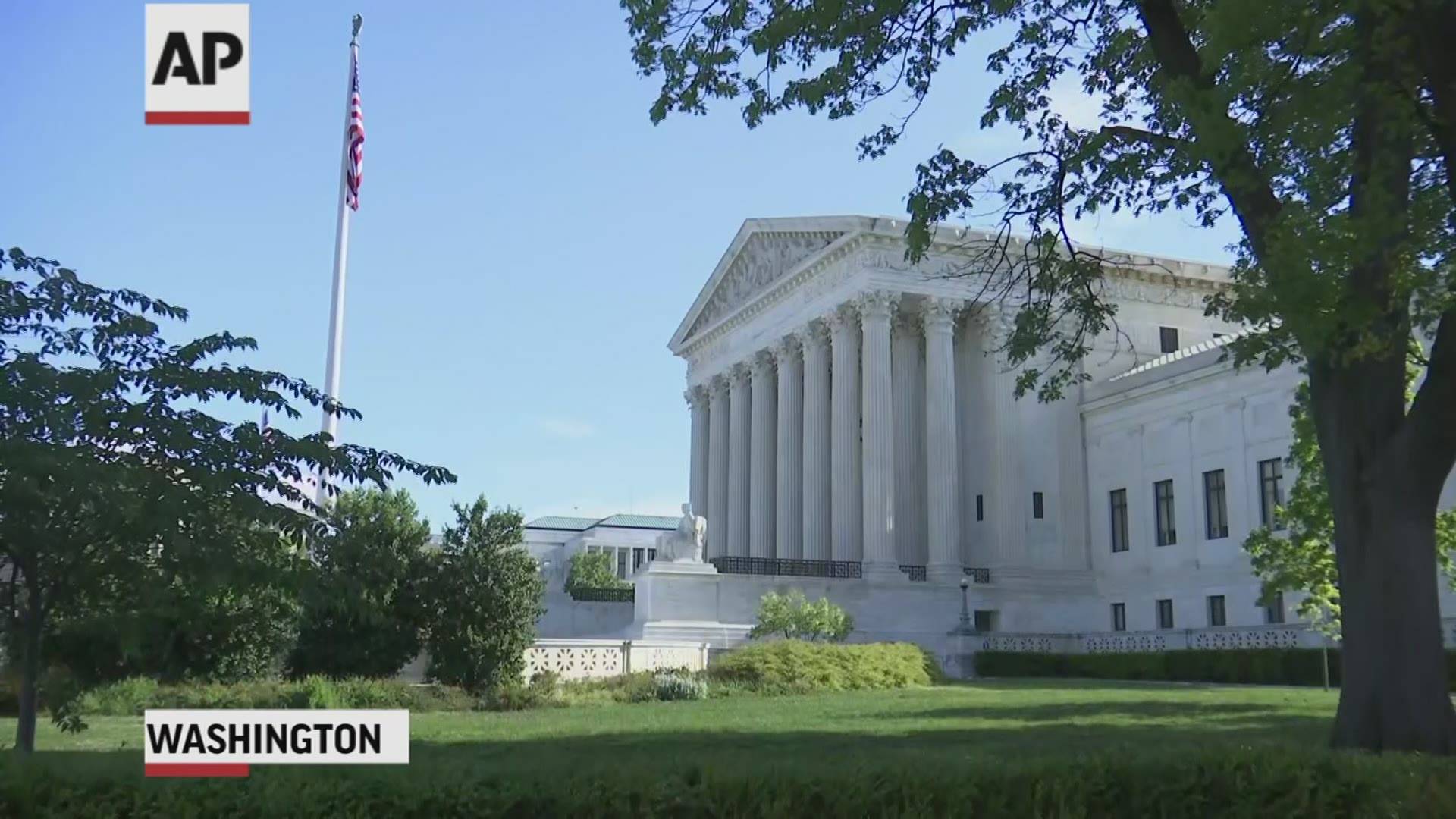 WASHINGTON — The Supreme Court on Tuesday appeared likely to reject President Donald Trump's claim that he is immune from criminal investigation while in office. But the court seemed less clear about exactly how to handle subpoenas from Congress and the Manhattan district attorney for Trump's tax, bank and financial records.

The court's major clash over presidential accountability could affect the 2020 presidential campaign, especially if a high court ruling leads to the release of personal financial information before Election Day.

The justices heard arguments in two cases by telephone Tuesday that stretched into the early afternoon. The court, which includes six justices age 65 or older, has been meeting by phone because of the coronavirus pandemic.

RELATED: Hello, justice, do you hear me? Supreme Court meets by phone

There was no apparent consensus about whether to ratify lower court rulings that the subpoenas to Trump's accountant and banks are valid and should be enforced. The justices will meet by phone before the end of the week to take a preliminary vote on how those cases should come out, and decisions are expected by early summer.

On the same day Trump’s lawyers were telling the court that the subpoenas would be a distraction that no president can afford, Trump found the time to weigh in on a long string of unrelated issues on Twitter, about Elon Musk reopening Tesla’s California plant in defiance of local authorities, the credit he deserves for governors’ strong approval ratings for their handling of the virus outbreak, the anger Asian Americans feel “at what China has done to our Country,” oil prices, interest rates, his likely opponent in the November election and his critics.

The justices sounded particularly concerned in arguments over congressional subpoenas about whether a ruling validating the subpoenas would open the door to harassing future presidents.

“In your view, there is really no protection against the use of congressional subpoenas for the purpose of preventing the harassment of a president,” Justice Samuel Alito said to Douglas Letter, the lawyer for the House of Representatives.

Justice Stephen Breyer said he worried about a “future Sen. McCarthy,” a reference to the Communist-baiting Wisconsin senator from the 1950s, with subpoena power against a future president.

But in the case involving Manhattan District Attorney Cyrus Vance Jr.'s subpoena for Trump's taxes, the justices showed little interest in the broadest argument made by Jay Sekulow, Trump's lawyer, that a president can't be investigated while he holds office.

Trump had said he would make his tax returns public but hasn't done so, unlike every other president in recent history.

“President Trump is the first one to refuse to do that,” Justice Ruth Bader Ginsburg said early in the arguments.

The cases resemble earlier disputes over presidents’ assertions that they were too consumed with the job of running the country to worry about lawsuits and investigations. In 1974, the justices acted unanimously in requiring President Richard Nixon to turn over White House tapes to the Watergate special prosecutor. In 1997, another unanimous court allowed a sexual harassment lawsuit to go forward against President Bill Clinton.

In those cases, three Nixon appointees and two Clinton appointees, respectively, voted against the president who chose them for the high court. The current court has two Trump appointees, Justices Neil Gorsuch and Brett Kavanaugh.

Trump's lawyers drew on law review articles Kavanaugh wrote to buttress their arguments that the president needs to be protected from investigations.

The justice, though, seemed more interested in how to balance the competing interests at play. “And the question then boils down to, how can we both protect the House’s interest in obtaining information it needs to legislate but also protect the presidency?" Kavanaugh asked.

Appellate courts in Washington and New York have ruled that the documents should be turned over, but those rulings have been put on hold pending a final court ruling. The appellate decisions brushed aside the president’s broad arguments, focusing on the fact that the subpoenas were addressed to third parties asking for records of Trump’s business and financial dealings as a private citizen, not as president.

House committees want records from Deutsche Bank and Capital One, as well as the Mazars USA accounting firm. Mazars also is the recipient of a subpoena from Vance.

Two congressional committees subpoenaed the bank documents as part of their investigations into Trump and his businesses. Deutsche Bank has been one of the few banks willing to lend to Trump after a series of corporate bankruptcies and defaults starting in the early 1990s.

Vance and the House Oversight and Reform Committee sought records from Mazars concerning Trump and his businesses based on payments that Trump’s then-personal lawyer, Michael Cohen, arranged during the 2016 presidential race to keep two women from airing their claims of extramarital affairs with Trump.

Trump sued to block the subpoenas. He is being represented by personal lawyers at the Supreme Court, and the Justice Department is supporting the high-court appeal.