There's a giant troll sculpture hidden in the Smoky Mountains

Yeah, you read that right. 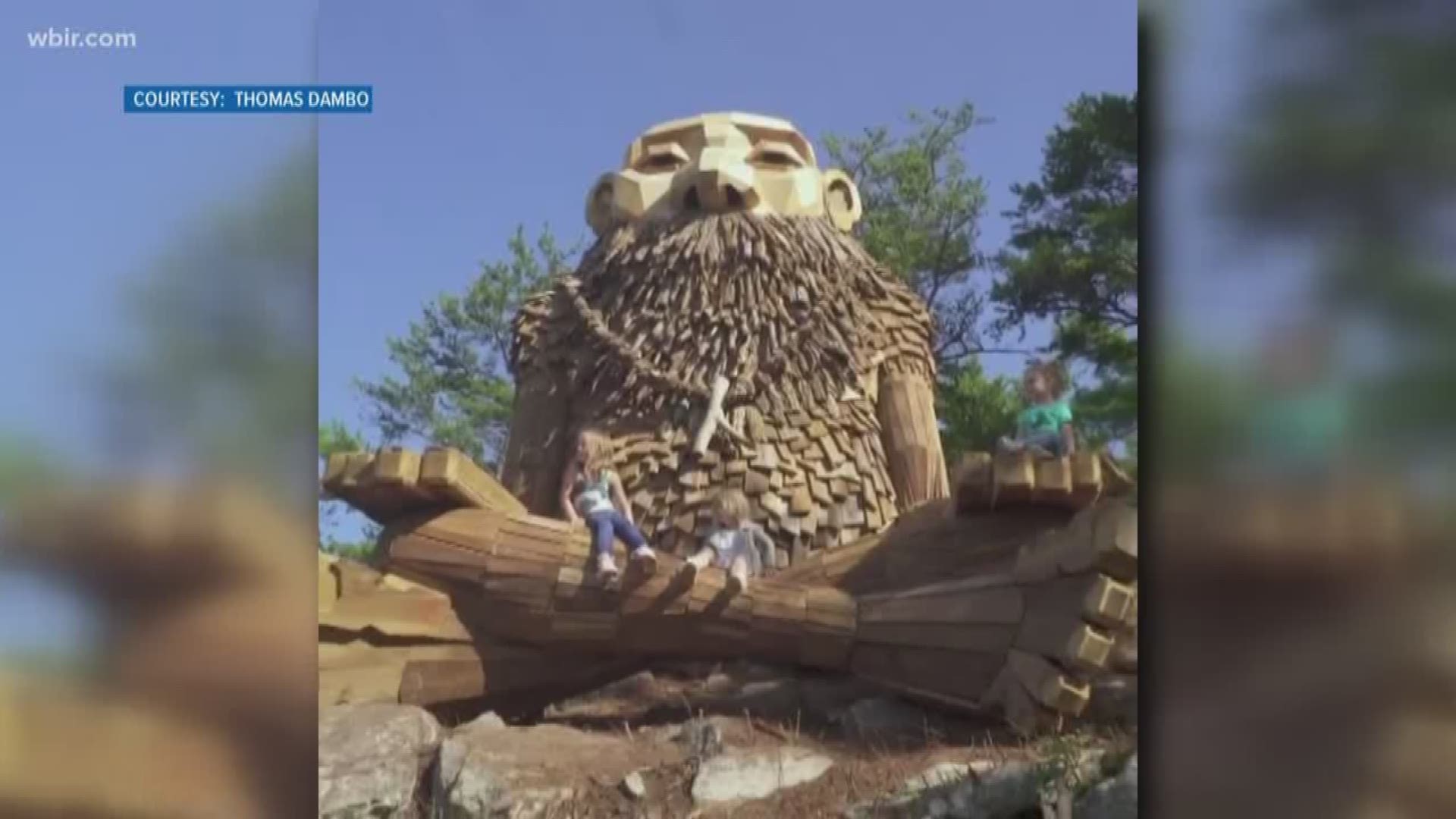 Hidden among the trees on a mountaintop in Tennessee's Smoky Mountains sits Leo the Enlightened, a giant and peaceful troll.

Watch a video of the troll on Facebook here.

Leo is the newest of many trolls built throughout the world by Danish artist and sculptor Thomas Dambo.

"The sculpture is part of my big international troll project," Dambo said.

Leo is 20 feet tall and about as wide. It took a team of about 8 people to build him from recycled wood in 10 days.

This is the 14th troll sculpture Dambo built in 2018. He's also built trolls in Chicago, the Denver area, and Denmark, to name a few locations.

"Trolls are popular in Denmark in folklore," Dambo said. "They can be kind or mean depending on how the humans act."

View a photo of Dambo and the sculpture on Instagram here.

The 39-year-old artist says Leo is a kind troll, balanced by nature because he's surrounded by it in the mountains.

"Coming from Denmark, we don't have nature that is so vast and untouched," he said of the Smokies.

Dambo started sharing his troll construction process last month, telling his Facebook followers on December 6, "during the following week I will show you what building a giant troll in the Smokey Mountains looks like."

We'll let his typo slide since he's not from around here.

Watch a video of Dambo's process on Facebook here.

Dambo said the work was commissioned by Blackberry Mountain as an addition to the new resort still being built in the Walland area.

But Leo is slowly being spotted by people, who tell Dambo they can see him from far away if they look close enough.

Sevier County photographer Nate Nelson sent 10News a photo of Leo he snapped from the parkway after some searching.

Nelson says Leo is in no way close to the road where he was standing, probably a couple miles away, and can't be seen without a good lens or telescope.

The sculpture is fascinating people near and far, pleading on Facebook for more hints on how to access the troll.

"This is why I place my sculptures in nature," Dambo said. "When people go exploring, they remember how pretty nature is."

Don't trespass anywhere in your troll hunting, but let us know if you find Leo from afar!