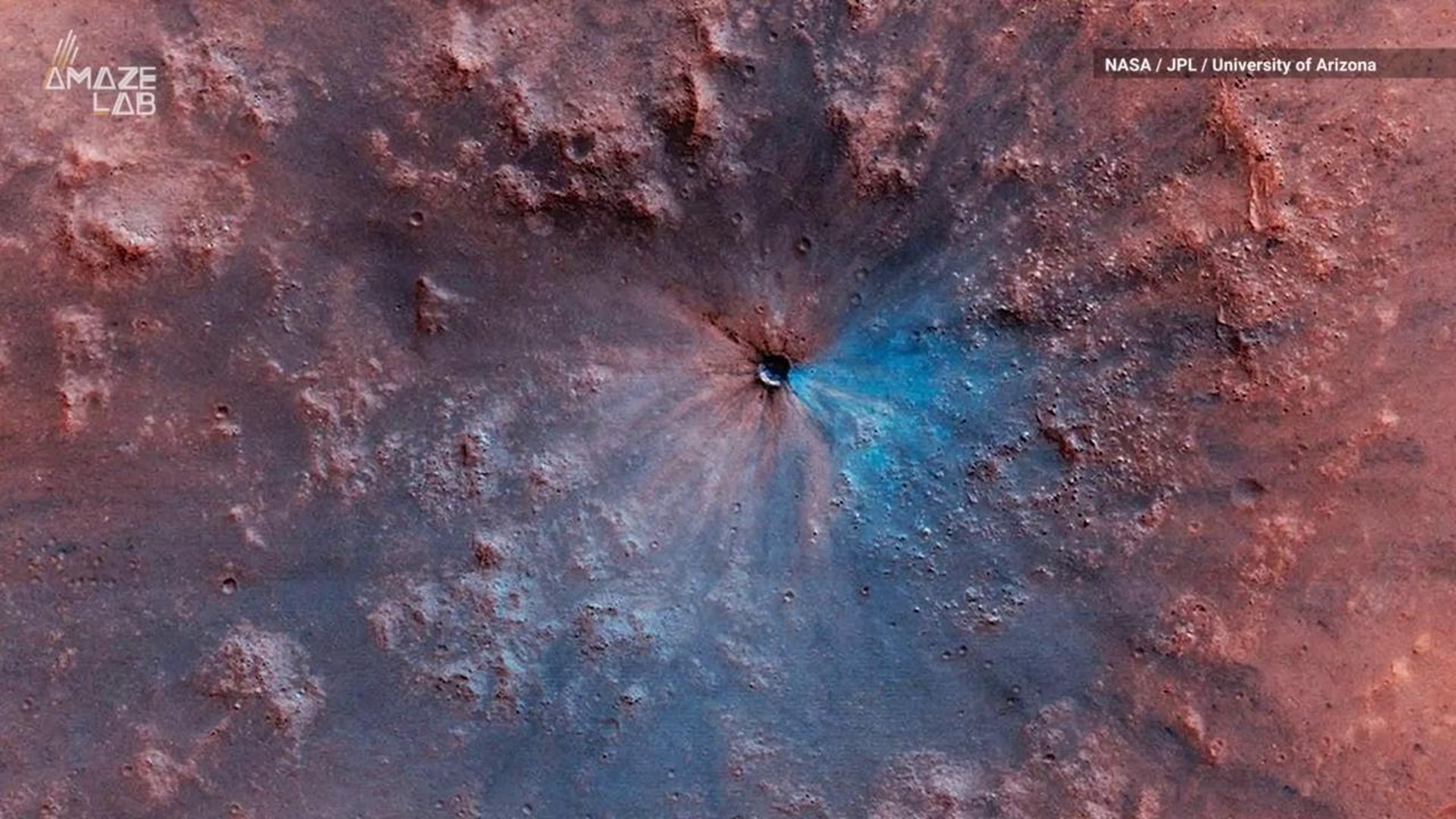 A recently produced crater has been spotted on Mars' surface for the first time.

According to Space.com, researchers believe the crater formed between September 2016 and February 2019. They estimate it to be 49 feet to 53 feet wide.

The rock that made it was likely only five feet wide.

The image features a dark material underneath the reddish dust.

RELATED: Check out this Mars sand formation right out of 'Star Trek'

The photo was posted on June 6, but was taken back in April from NASA's Mars Reconnaissance Orbiter (MRO). The spacecraft has been imaging Mars for more than 13 years utilizing a High Resolution Imaging Science Experiment (HiRISE) camera and a Context Camera (CTX) to photograph large areas of terrain.

"It is a reminder of what's out there," Veronica Bray, a HiRISE targeting specialist who imaged this new crater, told Space.com. "It's a gorgeous [crater]. I'm glad I got it in the color strip."

Bray added that this crater is one of the biggest she's seen, making this a fairly rare event.