The revelation happened as Conway appeared to get emotional herself during an interview with CNN's Jake Tapper on 'State of the Union.' 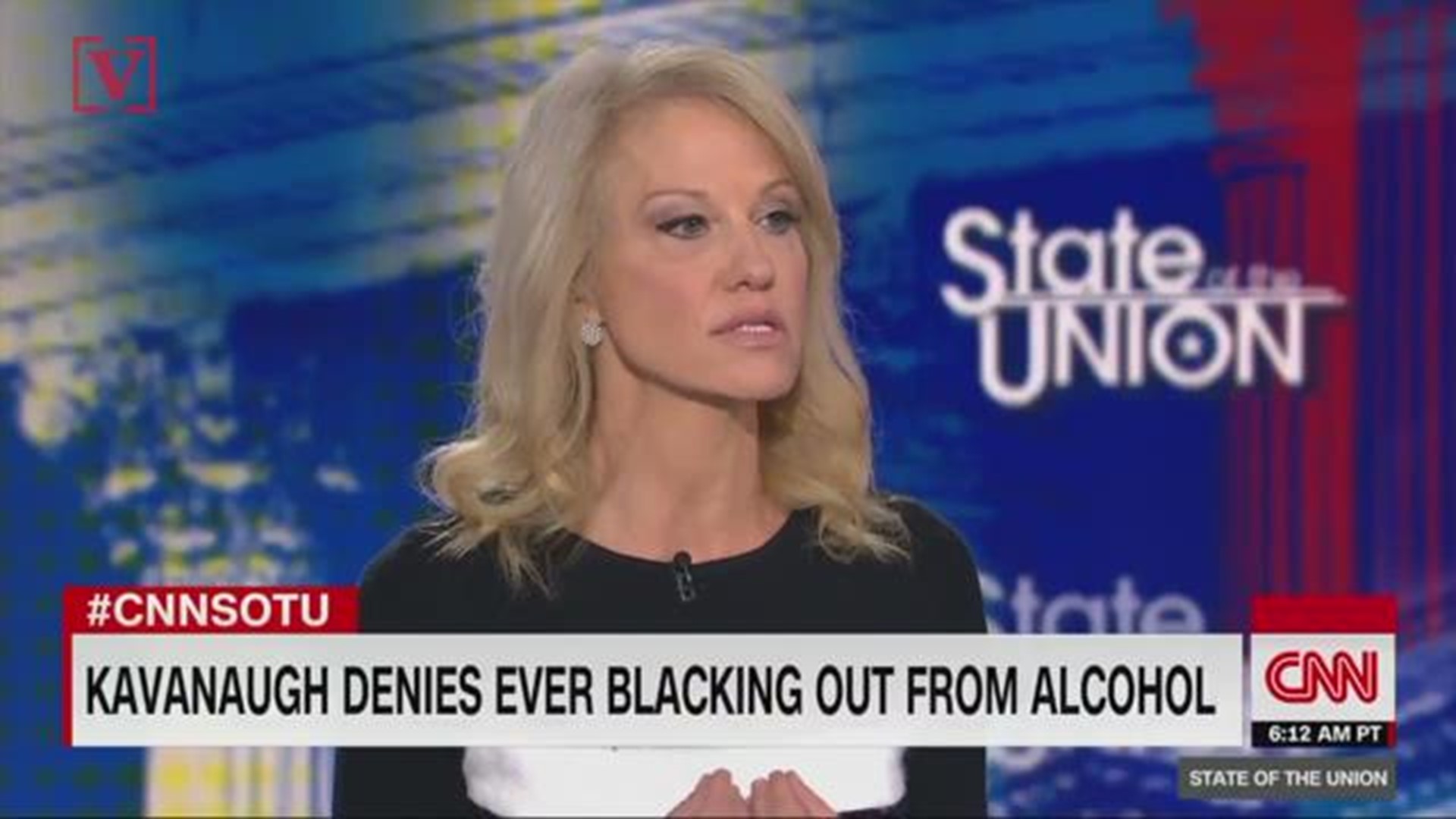 As she discussed the emotional testimonies of Christine Blasey Ford and Supreme Court nominee Brett Kavanaugh, Trump adviser Kellyanne Conway said Sunday she was a victim of sexual assault.

The revelation happened as Conway appeared to get emotional herself during an interview with CNN's Jake Tapper on "State of the Union."

She then paused briefly and cleared her throat.

"I'm a victim of sexual assault," she said.

She continued, seeming to refer to the person who assaulted her: "I don't expect Judge Kavanaugh or Jake Tapper or (Republican Sen.) Jeff Flake or anybody to be held responsible for that. You have to be responsible for your own conduct."

"This is the first time I've ever heard you talk about something personal like that, and I'm really sorry," he said.

"I've just had it," Conway replied.

Tapper then noted that Conway still works for President Donald Trump, a man who has been repeatedly accused of sexual assault and harassment and who has said those women are lying.