Many in Congress, including Republicans, have complained that President Trump is undermining NATO and weakening the U.S. position in Europe. 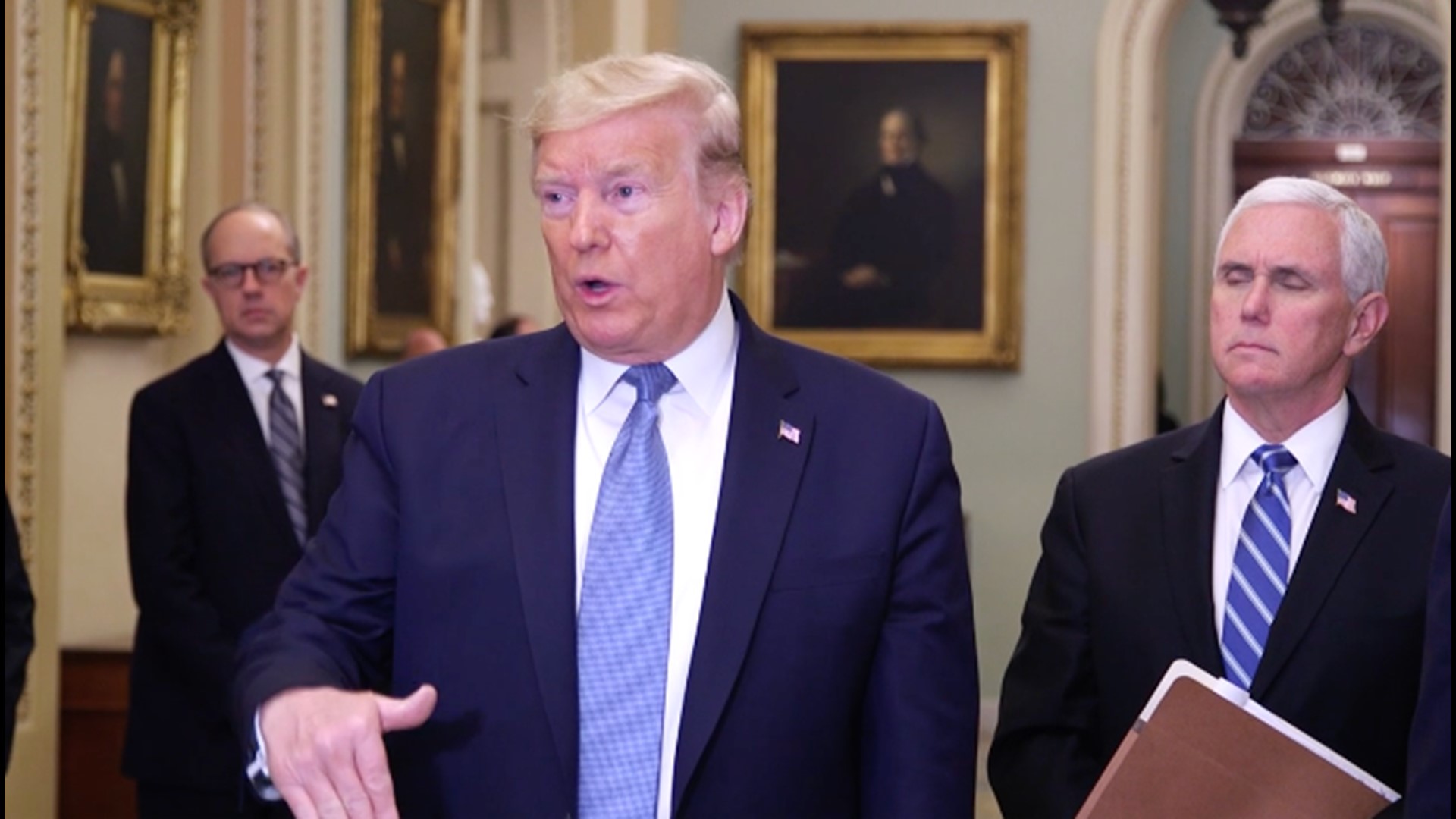 WASHINGTON — President Donald Trump said Monday he is ordering a major reduction in U.S. troop strength in Germany, a move widely criticized by members of his own party as a gift to Russia and a threat to U.S. national security.

“We're putting the number down to 25,000 soldiers,” Trump said at the White House.

The U.S. currently has about 34,500 troops in Germany — far fewer than during the Cold War, when Germany was the central focus of American and NATO efforts to deter invasion by the former Soviet Union. In recent decades, Germany has hosted key American military facilities and provided a transit point for troops deploying to and from the Middle East, including during years of conflict in Iraq.

Trump faulted Germany for failing to pay enough for its own defense, calling the long-time NATO ally “delinquent."

“We're protecting Germany and they're delinquent. That doesn't make sense,” the president said, referring to Germany's failure thus far to attain a goal set by all NATO members in 2014 to spend at least 2% of gross national product on defense by 2024. Germany says it hopes to reach 2% by 2031.

“Until they pay, we're removing our soldiers, a number of our soldiers,” Trump said. His plan, however, did not sound fully defined.

Since his election in 2016, Trump has pushed for the 2% as a hard target, and he has repeatedly singled out Germany as a major offender, though many others are also below the goal.

In his White House remarks to reporters, Trump suggested his troop withdrawal decision was intended to punish Germany, noting that the presence of American troops is a boost to local economies.

“Those are well-paid soldiers,” he said. “They live in Germany. They spend vast amounts of money in Germany. Everywhere around those bases is very prosperous for Germany. So Germany takes, and then on top of it they treat us very badly on trade.”

In addition to the 34,500 U.S. troops in Germany, there also are approximately 17,500 Defense Department civilians.

The administration has contemplated a partial troop withdrawal from Germany since last year, and in recent weeks it became apparent that Trump was ready to move forward, although no decision had been announced.

The decision was not discussed in advance with Germany or other NATO members, and Congress was not officially informed — prompting a letter from 22 Republican members of the House Armed Services Committee urging a rethink.

“The threats posed by Russia have not lessened, and we believe that signs of a weakened U.S. commitment to NATO will encourage further Russian aggression and opportunism,” Rep. Mac Thornberry of Texas wrote in a letter to Trump with his colleagues. Sen. Jack Reed, the ranking Democrat on the Senate Armed Services Committee, slammed Trump’s move as “another favor” to Russian President Vladimir Putin.

Rep. Liz Cheney, a Republican from Wyoming, said last week that Trump appeared to be making a serious mistake.

“America’s forward presence has never been more important than it is today, as our nation confronts the threats to freedom and security around the world posed by Vladimir Putin’s Russia and the Chinese Communist Party,” Cheney said. "Our presence abroad is critical to deterring these adversaries, bolstering alliances, maintaining peace through strength, and preserving American leadership. Withdrawing our forces and abandoning our allies would have grave consequences, emboldening our adversaries and making war more — not less — likely.”

American facilities include Ramstein Air Base, a critical hub for operations in the Mideast and Africa and headquarters to the U.S. Air Forces in Europe and Africa; the Landstuhl Regional Medical Center, which has saved the lives of countless Americans wounded in Iraq and Afghanistan; and the Stuttgart headquarters of both the U.S. European Command and the U.S. Africa Command. There’s also the Wiesbaden headquarters of U.S. Army Europe, the Spangdahlem F-16 fighter base and the Grafenwoehr Training Area, NATO’s largest training facility in Europe.

Trump indicated last summer that he was thinking of moving some troops from Germany to Poland, telling Poland’s President Andrzej Duda during an Oval Office meeting, “Germany is not living up to what they’re supposed to be doing with respect to NATO, and Poland is.”

Duda has been trying to woo more American forces, even suggesting Poland would contribute over $2 billion to create a permanent U.S. base — which he said could be named “Fort Trump.” In the current plan, at least some Germany-based troops are expected to be shifted to Poland.